The Louisiana Land Title Legend: Here's What We Know

Since at least the 1930s, people have shared this piece of humor about a lawyer supposedly providing a caustic response when asked to demonstrate that the title to a Louisiana property was held before 1803. 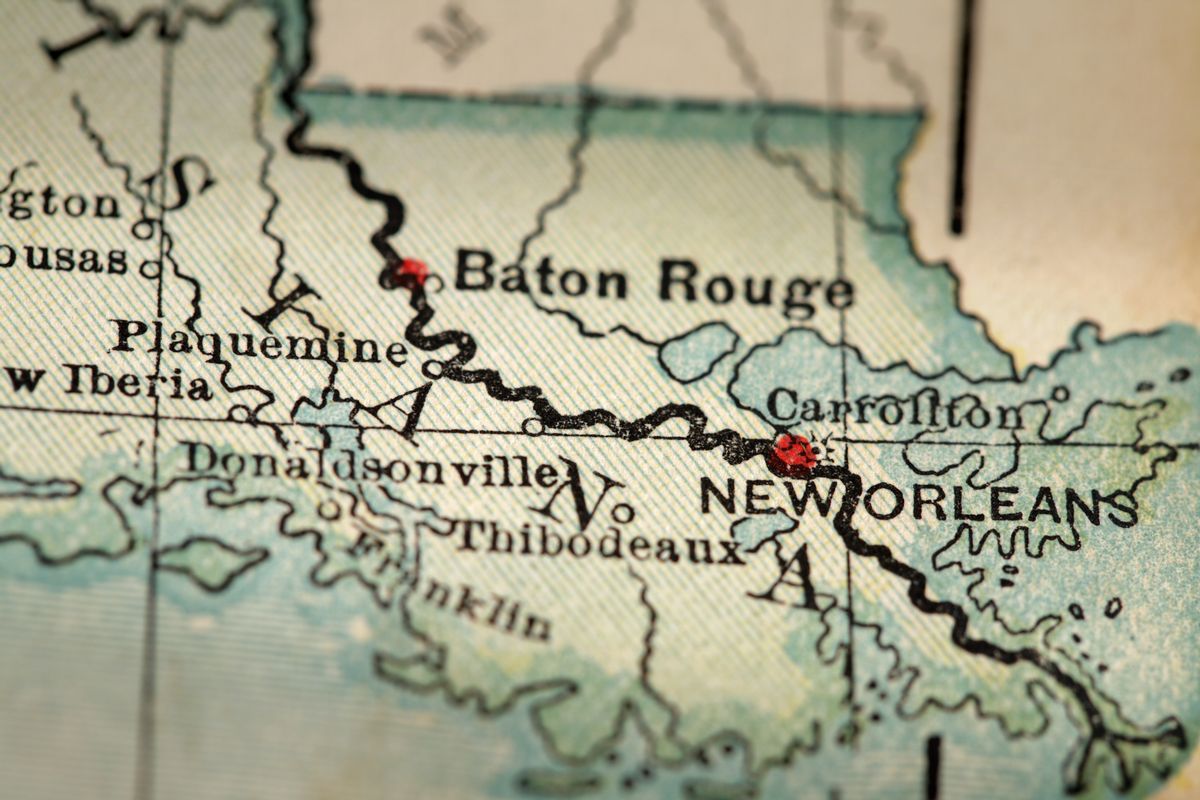 Internet-circulated and even Hurricane Katrina-specific versions notwithstanding, this piece of humor originated at least as far back as the 1930s. (Image Via Getty Images)

Claim:
A lawyer provides a caustic response when asked to demonstrate that the title to a Louisiana property was held before 1803.
Rating:

In 1999, Snopes documented the below-transcribed story about an alleged correspondence between a lawyer seeking a government-backed mortgage loan on behalf of a client and the Federal Housing Administration (FHA), the agency that administers such loans.

A New Orleans lawyer sought a FHA (Federal Housing Administration) loan for a client. He was told the loan would be granted if he could prove satisfactory title to a parcel of property being offered as collateral. The title to the property dated back to 1803, which took the lawyer three months to track down.

After sending the information to the FHA, he received the following reply:

'Upon review of your letter adjoining your client’s loan application, we note that the request is supported by an Abstract of Title. While we compliment the able manner in which you have prepared and presented the application, we must point out that you have only cleared title to the proposed collateral back to 1803. Before final approval can be accorded, it will be necessary to clear the title back to its origin.'

Annoyed, the lawyer responded as follows:

'Your letter regarding title in Case No. 189156 has been received. I note that you wish to have title extended further than the 194 years covered by the present application. I was unaware that any educated person in this country, particularly those working in the property area, would not know that Louisiana was purchased by the U.S. from France in 1803, the year of origin identified in our application. For the edification of uninformed FHA bureaucrats, the title to the land prior to U.S. ownership was obtained from France, which had acquired it by Right of Conquest from Spain. The land came into possession of Spain by Right of Discovery made in the year 1492 by a sea captain named Christopher Columbus, who had been granted the privilege of seeking a new route to India by the then reigning monarch, Isabelle. The good queen, being a pious woman and careful about titles, almost as much as the FHA, took the precaution of securing the blessing of the Pope before she sold her jewels to fund Columbus’ expedition. Now the Pope, as I’m sure you know, is the emissary of Jesus Christ, the Son of God. And God, it is commonly accepted, created this world. Therefore, I believe it is safe to presume that He also made that part of the world called Louisiana. He, therefore, would be the owner of origin. I hope to hell you find His original claim to be satisfactory. Now, may we have our damn loan?'

The tale recounted above is an embellished version of a piece of legal humor that is periodically dusted off and circulated anew, always as a “true story.” In 2006, it was updated with references to Hurricane Katrina and set loose again, and, since 2008, it has circulated as an account of a case supposedly handled by former President Barack Obama.

Internet-circulated and even Hurricane Katrina-specific versions notwithstanding, this piece of humor originated at least as far back as the 1930s. In its original form, the tale was a joke about Southerners poking fun at New York city slickers rather than a satire of government bureaucrats. You can see that play out in the below-displayed example from a 1955 legal tome (in which the letter is supposedly directed at an ignorant buyer rather than a bureaucracy-bound government lending agency):

As for conveyancing, one of the most devastating replies to an inquisitive purchaser was made in response to persistent enquiries about the title prior to 1803 of certain land in Louisiana. Driven beyond the normal patience of conveyancers, the vendor’s lawyer is reputed ultimately to have answered thus: 'Please be advised that in the year 1803 the United States of America acquired the territory of Louisiana from the Republic of France by purchase; the Republic of France had in turn acquired title from the Spanish Crown by conquest, the Spanish Crown having originally acquired title by virtue of the discoveries of one Christopher Columbus, a Genoese sailor, who had been duly authorised to embark upon his voyage of discovery by Isabella, Queen of Spain; Isabella, before granting such authority, had obtained the sanction of His Holiness the Pope; the Pope is the Vicar on earth of Jesus Christ; Jesus Christ is the son and heir apparent of God; God made Louisiana.'

The earliest version of this item we’ve turned up so far appeared in a 1936 Wall Street Journal article as an example proffered in a book written by Alfred Reuel Horr, a Cleveland Chamber of Commerce president:

Questions as to flaws in title sometimes present investment difficulties. Lawyers are inclined to insist upon a complete abstract from which they can trace the ownership of land. An instance of caution and the ultimate of reassurance has recently come to light.

An attorney in Louisiana was hired by a firm in New York to trace the abstract of a deed to some property that the firm had purchased in the delta state. After tracing the deed back to 1803, the Louisiana lawyer sent the abstract to New York. He promptly receive in return a letter from the New York firm, stating that he had not traced the deed back far enough. The lawyer waited for a few days and then sent the following letter to New York:

I traced your deed back to 1803. Here it is complete. As you probably know, Louisiana was purchased from France in 1803. France had acquired Louisiana from the Spanish as the result of a successful war against the Spaniards. The Spanish acquired Louisiana as the result of the explorations of an Italian named Columbus. Columbus was financially backed by Isabella and Ferdinand. Isabella and Ferdinand were given permission for Columbus’ expedition by the Pope. The Pope is the Vicar of Christ. Christ is the Son of God. God made Louisiana.'

The same tale also appeared in shortened form in this excerpt from a 1990 toastmasters' handbook:

Louisiana attorney, hired by a New York firm to trace the abstract of a deed, went back to 1803, the year Louisiana was purchased from France. Then the firm wrote the lawyer that he would have to trace the ownership of the land further back than that. In due time he did so, reporting by letter as follows:

'Dear Sirs: I traced your deed back to 1803. Here it is complete. As you probably know, Lousiana was purchased from France in 1803; France had acquired Lousiana from the Spanish as the result of a successful war against the Spaniards. The Spaniards acquired Lousiana as the result of the explorations of an Italian named Columbus. Columbus was financially backed by Isabella and Ferdinand of Spain. They were given permission for Columbus’s expedition by the Pope. The Pope is the vicar of Christ. Christ is the Son of God. God made Lousiana!'

This article was updated to meet Snopes current formatting standards on Sept. 7, 2022.