Social media rumors accused Centerville Elementary School of canceling a Christmas play because two parents were offended by its mention of God. 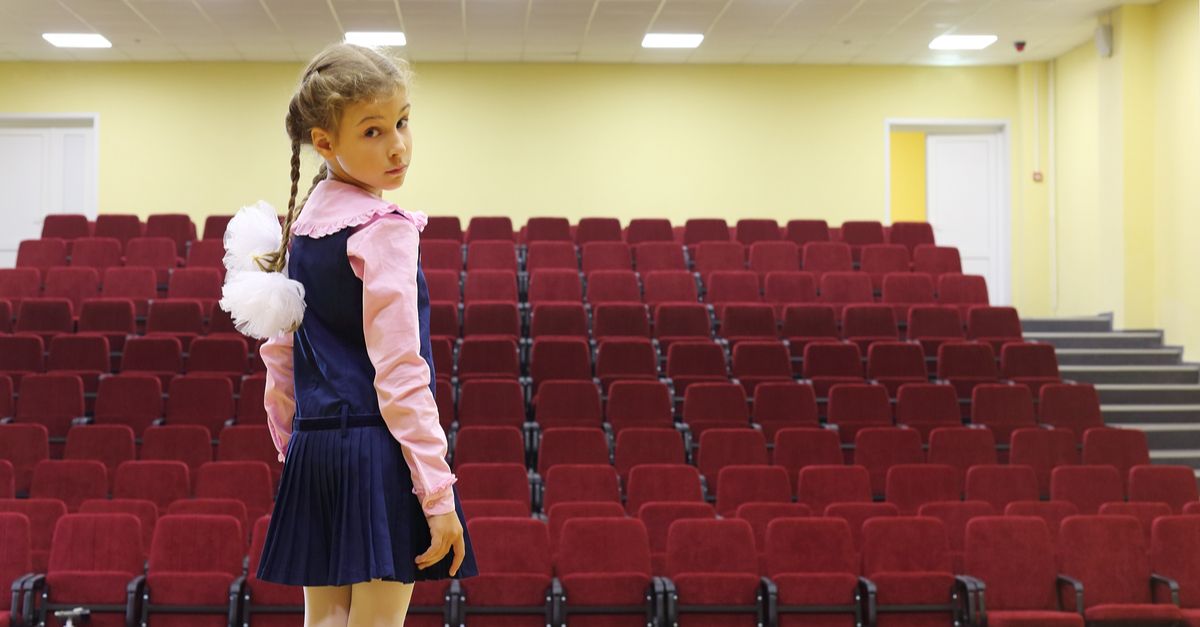 On 17 December 2016, Fox News opinion columnist Todd Starnes published an article reporting that the annual Christmas play at Centerville Elementary School in Lancaster County, Pennsylvania, had been canceled because two parents were offended by its brief mention of God:

The fifth graders at Centerville Elementary School in Lancaster County, Pa., have been performing “A Christmas Carol” for decades. But this year that tradition came to an abrupt end.

Parents told local reporters the play was canceled because two parents complained about a line in the Charles Dickens holiday classic ... The unnamed parents took offense at the words uttered by Tiny Tim, “God bless us, every one," television station WHTM reported.

“I was very surprised because it’s going on for decades and it’s a tradition at the school that everyone looks forward to,” resident Jane Burkhart told the television station. “One little line shouldn’t ruin it for every kid,” Burkhart said. “Charles Dickens is a class author, not a religious author.”

Principal Tom Kramer addressed the controversy in a message posted on the elementary school’s website.

“We understand that some parents are upset that the play was cancelled, but we have heard from families on both ends of the spectrum, including those who expressed appreciation that the play, as it had traditionally been prepared and delivered, was cancelled ... That’s just not true,” he said.

He did not specifically address the parents’ allegations that the play was cancelled because of the line, “God bless us, every one.” But he did seem to hint at some sort of issue.

“Our decision is rooted in the desire to be respectful of the many cultural and religious backgrounds represented by the students attending Centerville Elementary,” he wrote.

That’s a mighty big clue, folks. In order to be tolerant and diverse, public schools have to eradicate any mention of God.

Starnes asserted that two parents "complained" about a line in the Christmas play, citing rumors spread among local parents about the controversy, but provided no other information about the purported objections. His piece linked to and quoted from a statement from Principal Tom Kramer, who he stated that the decision to cancel the play was made primarily due to time constraints regarding making school instruction a priority over an extracurricular activity:

We want to clarify that the decision to cancel the play was a building decision, based upon interactions between myself and the fifth grade teaching team. This decision was made based primarily on instructional opportunities for students. Producing and performing a play is not part of the written curriculum for fifth grade.

Over the years, preparations had evolved to take 15 to 20 hours of instructional (educational) time to produce this play. Given changes in state standards in recent years, we could not defend the commitment of this kind of instructional time to something not part of the fifth grade curriculum. The teachers agreed that they did not want our students to be put at a disadvantage relative to their peers from other schools in preparation for 6th grade; therefore, the play was cancelled ...

Kessler referenced the "many cultural and religious backgrounds" of Centerville families but did not suggest any complaints had been lodged about the Christmas play. Notably, he added that neither parents nor staff members chose the option of relegating the play preparation to after-school hours — had the performance truly been "banned" or cancelled because it was deemed offensive by some, continuing with the Christmas play under any circumstances would not likely have been an option.

Kessler maintained the primary factor in the decision was that the event could not be accommodated as a school-hours project due to the demands of the school's curriculum:

In addition to focusing on high quality instruction, our decision is rooted in the desire to be respectful of the many cultural and religious backgrounds represented by the students attending Centerville Elementary.

One rumor we’ve been addressing is that one or two families influenced this decision. That’s just not true. The instructional time issue was our primary concern. Alternative solutions were explored for offering the play differently, including the use of non-core instructional time, but it was decided by the building team to not go down this path. We also looked at having rehearsals after school hours, but, at this time, parents nor staff members have stepped forward to take advantage of this possibility.

The school has since posted a FAQ about the issue that includes the following entries:

Q: Was it a complaint about the line "God bless us, every one!" that prompted reassessment of the play?
A: Absolutely not.

Q: Was there a religious issue in the complaint?
A: There was no complaint. Questions were asked about play processes and procedures. The decision had nothing to do with a religious concern; rather, the decision was made due to the amount of instructional time that this non-curricular activity had grown to require.

Q: Why did the play not occur this year?
A: The play did not occur this year due to the amount of instructional time this production had grown to consume. As Mr. Kramer worked with the 5th grade teaching team to understand what putting on the play entailed, it became clear that the teachers had concerns about committing roughly 20 hours of instructional time to something that is not part of the fifth grade curriculum. To provide some perspective about how this might impact instruction, committing 20 hours of instructional time to the play would be roughly equivalent to foregoing math instruction for students for one month, in that one hour of math is taught each day of the week for four weeks. Given the desire to ensure available instructional time is used to best meet the diverse educational needs of their students, and to not disadvantage students relative to their fifth grade peers across the district, the teachers

Lancaster Online reported that a Jewish family had temporarily left the area after being wrongly blamed for the play's cancellation:

A Hempfield elementary school is under fire for ending its longstanding production of Charles Dickens’ “A Christmas Carol,” and a Jewish family has fled the county in fear because it’s being blamed for the cancellation.

The school, however, has said it put an end to the play this year because it took 15 to 20 hours of classroom time to produce.

The fifth-grader’s parents, who spoke to LNP on the condition that they not be named, say they didn’t complain about the play or request that it be canceled, but just asked in September if their child could be excused from the play, and were told yes.

Since the school announced the cancellation in November, however, they say the child has been harassed by classmates.

However, the Anti-Defamation League (ADL) countered with a statement terming such reports "untrue and damaging":

The Anti-Defamation League (ADL), like many, read many numerous local and national news stories reporting that a Jewish family allegedly “fled” Lancaster County, Pennsylvania. The reports claimed that the family feared retribution after being wrongfully blamed for the cancellation of the school production of A Christmas Carol. ADL investigated, and found that in actuality, the family left on vacation for winter break.

“News reports alleging that a Jewish family has ‘fled’ Lancaster County are untrue and damaging,” said Nancy Baron-Baer, ADL Regional Director. “We spoke with the family, who explained that they went on a previously-planned vacation for the holidays. Stories like this can sow fear in the Jewish community and beyond, and it is important to stop the spread of misinformation.

“There is no truth to the rumor that the school cancelled A Christmas Carol at the request of parents. The Hempfield School District released a FAQ clearly stating that the play was cancelled due to the inordinate amount of class time taken up by rehearsals. We commend the district for setting the record straight.”