Do whales live in Lake Michigan? 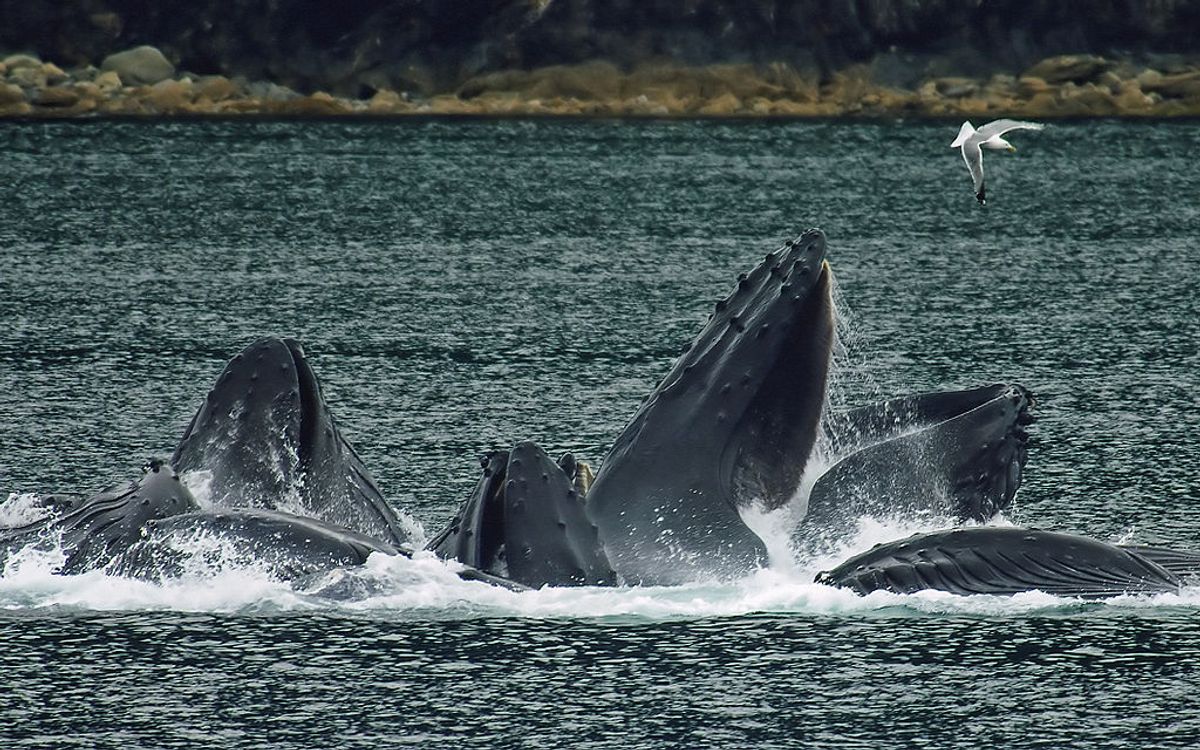 Do whales live in Lake Michigan? The short answer: No. The long answer: Still no; but a series of mistakes, pranks, and hoaxes have led some people to believe that the sixth largest freshwater lake in the world is home to some of the largest mammals on earth. Let's start in 1985, when the ship Charlotte Ann set sail on the first annual Great Lakes Whale Watch. While Tom and Chris Kastle, the event's organizers, insisted that they were legitimately searching for whales on Lake Michigan, their tongue-in-cheek comments to the Chicago Tribune revealed that the true nature of the event was simply to raise awareness about the plight of whales:

Through evolution, the Great Lakes whales are carefully camouflaged. For instance, the top of the buoy whale looks like just any other buoy. The same for the barge or sloop whale. Next time you see a series of buoys, count them. Then, come back the next day and I bet you don't count the same number of buoys. That's the tricky buoy whale at work.

(They migrate.) Some go to Lake Superior. Some spend winters in the Caribbean. None go to Lake Erie; after all, whales are intelligent animals.

Cities on both coasts are very aware of the serious plight of the whales. It's about time they get some attention in Chicago. The whales really are disappearing off the face of the Earth right before our eyes. And that's really quite sad."

The first annual Great Lakes Whale Watch didn't result in any whale sightings, but it did contribute a chapter to the story about Lake Michigan's secret population of whales.

The next major event in this saga occurred in 2002 when Michigan Studies Weekly, a newspaper distributed to 462 teachers in the state of Michigan, mistakenly reported that whales were living in the Great Lakes. While some teachers relayed this misinformation to their students, others questioned the report, which led to the paper's publishing a retraction:

Last September, several of you asked us about the current event article in week 3 of Michigan Studies Weekly, "'Thar She Blows!' In Michigan?" The article talked about whale watching in Lake Michigan. You told us that there were no whales in Michigan. This sent us on a quest to find whales in the Great Lakes, and what we found was quite revealing.

First, we asked some marine biologists in Michigan if they knew anything about whales in Lake Michigan. They didn't know what we were talking about. Searches on the Internet were not very fruitful. Of all the information floating around cyber space, we found only three sites on freshwater whales in the Great Lakes.

One of these sites was from a company that does tours to take people whale watching in Lake Michigan! We thought it was true after all!

Or was it? We contacted the company, and they told us that their web site was farcical (not real) and for entertainment. But it looked so real. It looked like a legitimate Web site.

We learned something with this experience, and we want to pass these golden nuggets of wisdom on to you, our student readers. We at Studies Weekly want this to be a lesson to you as well. Not all web sites are true, and you cannot always believe them. When researching, we must always look for a reliable site that has credentials (proof of truthfulness). Also, look for disclaimers of "entertainment purposes only." We recommended that the site above put a disclaimer on their page so that people would know it was not true. They added one after we made this suggestion.

That brings us to 2015, when another rumor about Lake Michigan whales began circulating online courtesy of the "Lake Michigan Whale Migration Station" (LMWMS) Facebook group. Although the LMWMS's Facebook page does not include a disclaimer, we heeded the lesson of Michigan Studies Weekly's experience and took a closer look at the site.

What we found upon further inspection was that the "Lake Michigan Whale Migration Station" does not actually track whale sightings in Lake Michigan. Instead, the group shares digitally manipulated and misattributed photos of whales: