Is This Japan's Lake Kawaguchi? 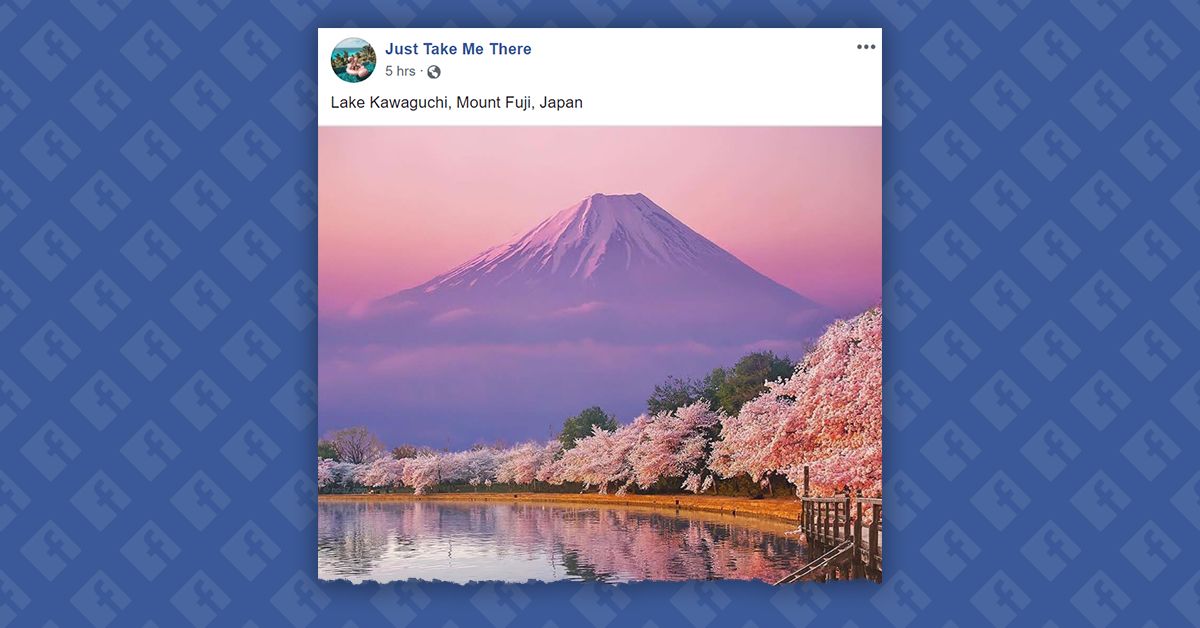 A stunning image is often shared online with the claim that it shows Lake Kawaguchi near Mount Fuji in Japan: Lake Kawaguchi truly does sit within eyesight of Mount Fuji, but this image doesn't show the Japanese lake. This is a composite of at least three images created by Robert Jahns, a photographer and digital artist who frequently posts his work under the handle Nois7 on Instagram. This image was posted to his page on 29 May 2018 with the following caption: "The sun‘s rays shining through cherry blossoms while gentle wind caress petals which cast shimmering shadows on a glistening lake."

Several of Jahn's digital creations have been mistaken for genuine photographs. One of his most infamous pieces shows a large whale swimming through the Venice Canal. (It's fake.)

The "Lake Kawaguchi" image was created by combining at least three different photographs. The foreground of this image actually shows the Tidal Basin in Washington, D.C. We haven't been able to identify the exact source of the mountain photograph but this image of Mount Fuji can be found on a number of desktop wallpaper web sites. The image of the pier and the boat likely came from a third photograph: Genuine images of Lake Kawaguchi look quite similar. For instance, the following photograph features cherry blossoms, a body of water, and a mountain range: The big difference, of course, is that this photograph of Lake Kawaguchi shows a real place that one can actually visit.