A report that Lady Gaga was arrested for tweeting a negative comment about Melania Trump is a hoax. 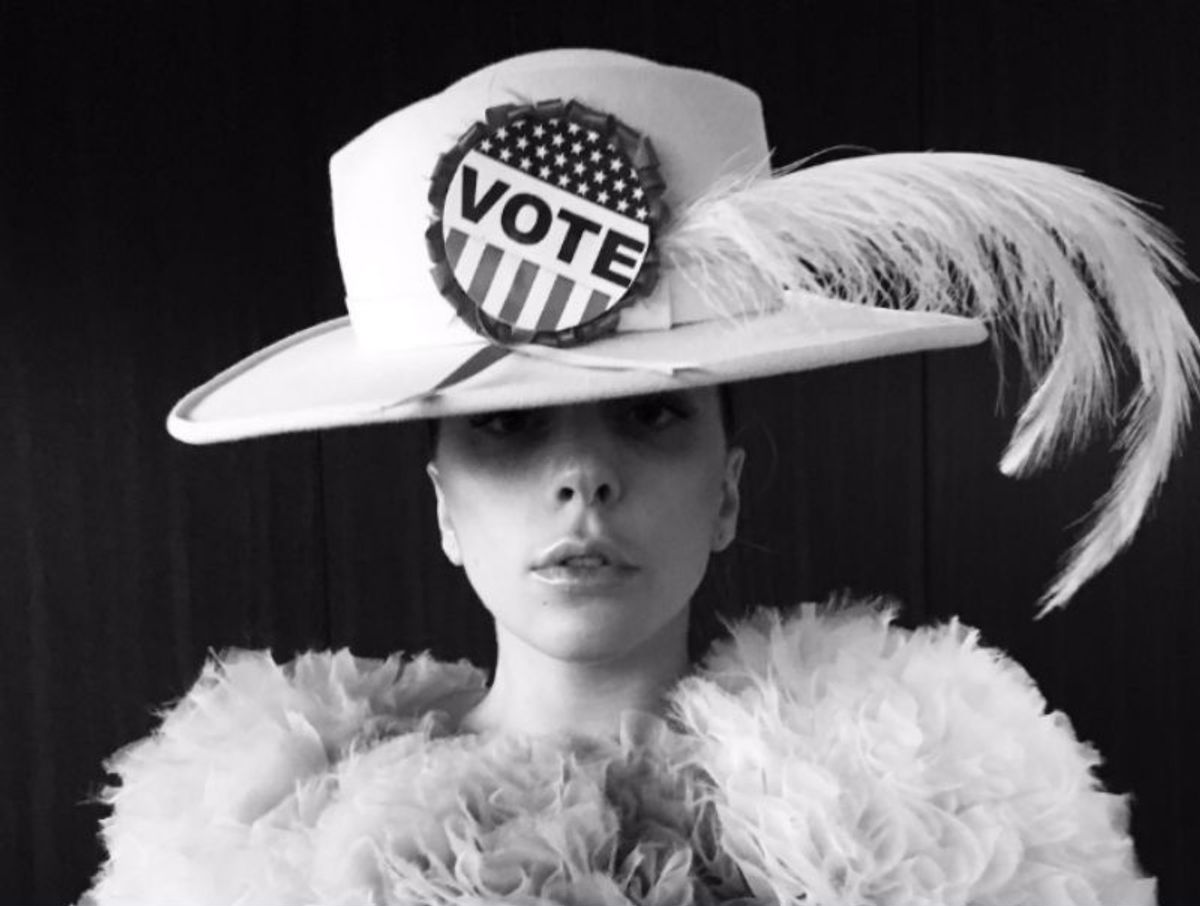 Claim:
A photograph shows Lady Gaga being placed in a squad car after she tweeted a negative comment about Melania Trump.
Rating:

In November 2016, web site TheLastLineOfDefense.org published an article claiming that Lady Gaga had been arrested for posting negative comments about Melania Trump on Twitter: After Melania Trump’s brilliant speech about cyberbullying went viral, leftist elites immediately began attacking her. It seems they consider her husband, the next President of the United States, to be a cyber bully himself because he likes to tell the truth on Twitter.

One of those leftists, Lady Gaga, Tweeted an insult at Mrs. Trump that probably deserved some kind of snarky, rude response, but the future First Lady has far too much class for that. She proved it yet again Sunday night when the two came face to face in New York City. Gaga, or GooGoo as she should be called, proved yet again that she has no class, shouting “whore” and “go back to YOUR country” at Melania from across a sidewalk being cleared by the Secret Service.

It is true that Lady Gaga criticized Melania Trump after the future First Lady gave a speech about cyber bullying:

.@MELANIATRUMP to say u will stand for "anti-bullying" is hypocrisy. Your husband is 1 of the most notorious bullies we have ever witnessed.

However, she was not arrested for this tweet, nor was there any subsequent confrontation between the two women.  The image accompanying the story does not show the pop star at all, much less her arrest into the back of a police car; it is actually a screenshot from a 2013 video that shows actress Amanda Bynes being escorted into a courthouse.

A buried disclaimer on TheLastLineOfDefense.org's "About" page states that its content is not based on factual information:

A previous story from the same site reported that crowds of "illegals" showed up to vote at various polling places in Arizona.  That, like everything else on this site, was also a hoax.