Did Lady Gaga Say ‘I Got You’ to Liza Minnelli While Presenting at the Oscars?

Minnelli responded with “I know.” 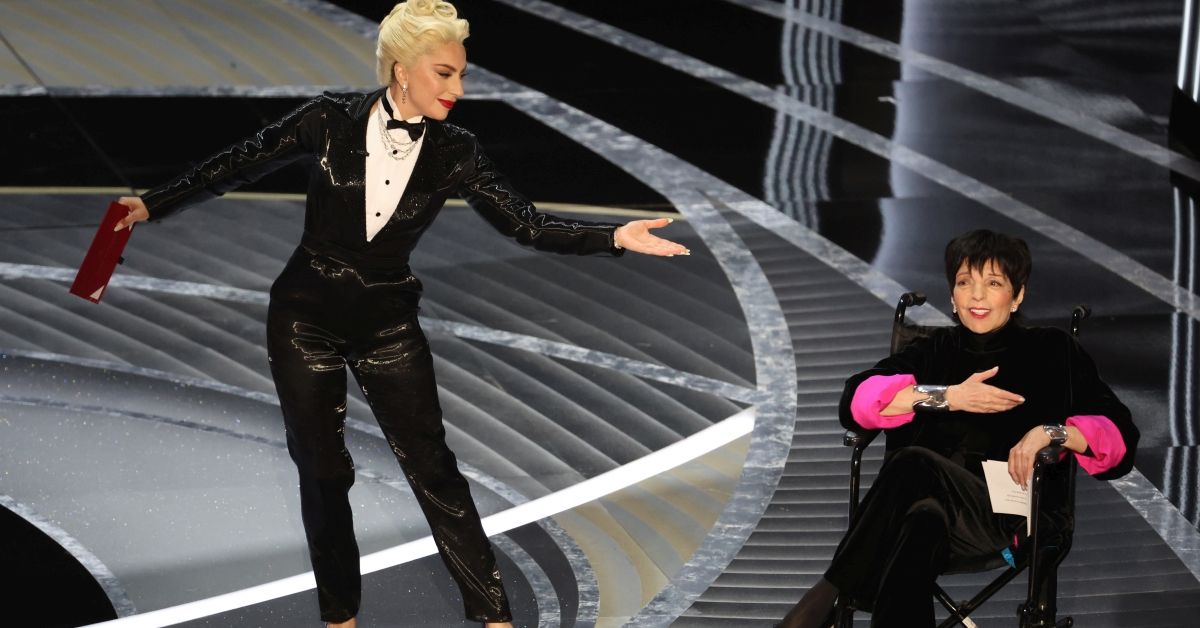 Claim:
Lady Gaga said “I got you,” to a frail Liza Minnelli in a wheelchair, while they were presenting an award at the 2022 Oscars. Minnelli said, “I know,” in response.
Rating:

Lady Gaga and Liza Minnelli shared a touching moment at the 2022 Oscars ceremony, where Gaga showed support to the older actress and singer, who was in a wheelchair.

Their dual presentation on stage was overshadowed by the slap that was heard around the world (more about which below), but it went viral nonetheless, with many praising Gaga’s respect for the 76-year-old Minnelli, an iconic singer and actor known for “Cabaret,” “New York, New York,” and many more films.

As the audience applauded for them, Gaga said to Minnelli, “You see that? The public, they love you.” Minnelli then expressed some confusion over the cue cards.

She was heard saying, “Oh yes, now what am I … I don’t understand.” Gaga helped her through the announcement, and as the cameras cut away briefly to get a shot of the crowd, the microphones caught a private exchange between the actresses, with Gaga saying “I got you,” and Minnelli responding with, “I know, thank you.”

The exchange can be heard in the following clip:

Gaga then let Minnelli announce the winner of the Best Picture, which was “CODA.”

Earlier in the evening, Will Smith made headlines by slapping comedian Chris Rock on stage, for making fun of his wife, Jada Pinkett Smith, an event that became the biggest news story of the night.