Some countries have truly banned public displays of the letter "Z," which is considered a symbol of support for Russia's military. 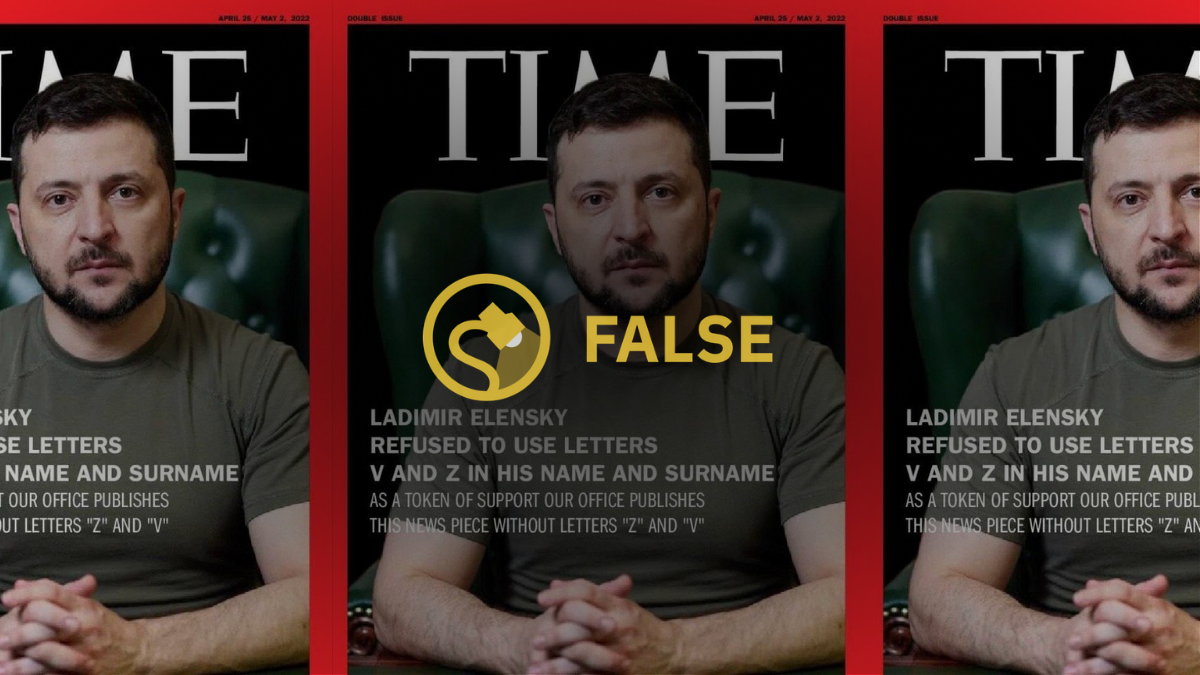 Previous Article
Next Article
Article 7 of 13 in Collection

In April 2022, an image supposedly showing a Time magazine cover featuring Ukrainian President Volodymyr Zelenskyy was circulated on social media. Zelenskyy's name on this fake cover was spelled "Ladimir Elensky," because the president had, according to the cover, decided to no longer use the letters "Z" and "V," two symbols that have been used to show support for the Russian military. This is not a genuine Time magazine cover. A spokesperson for Time told Reuters: "This image is not an authentic TIME cover."

A gallery of actual Time covers is available on the magazine's website. As of this writing, Time has published eight issues in 2022, none of which features Zelenskyy on the cover:

The letters "Z" and "V" became symbols of support for Russia's military during its invasion of Ukraine. While the cover above is fake, and while Zelenskyy has not altered the spelling of his name, some countries supportive of Ukraine have started to ban public displays of these symbols. Euronews reported:

Lithuania's parliament has approved a ban on displaying the Russian military 'Z' symbol following the war in Ukraine.

MPs voted on Tuesday to outlaw public displays of the letters 'V' and 'Z', the black and orange Georgian ribbon, and other symbols to express support for the invasion.

Anyone found guilty of promoting or disseminating symbols of "military aggression" can face fines of between €300 and €700.

Latvia passed a similar law, and Germany is considering legislation that would make the public display of the letter "Z" a criminal act.

Time magazine covers have proven to be a popular medium for rumors based on digitally altered photographs. We've previously written about fake Time covers that compared Russian President Vladimir Putin to Nazi leader Adolf Hitler, that urged former U.S. President Donald Trump to leave office, and that labeled Trump the "liar in chief."

Previous Article
Next Article
Article 7 of 13 in Collection