Is This Bug with Wings That Look Like Stained Glass Real?

The iridescent wings on the insect give it a surreal look. 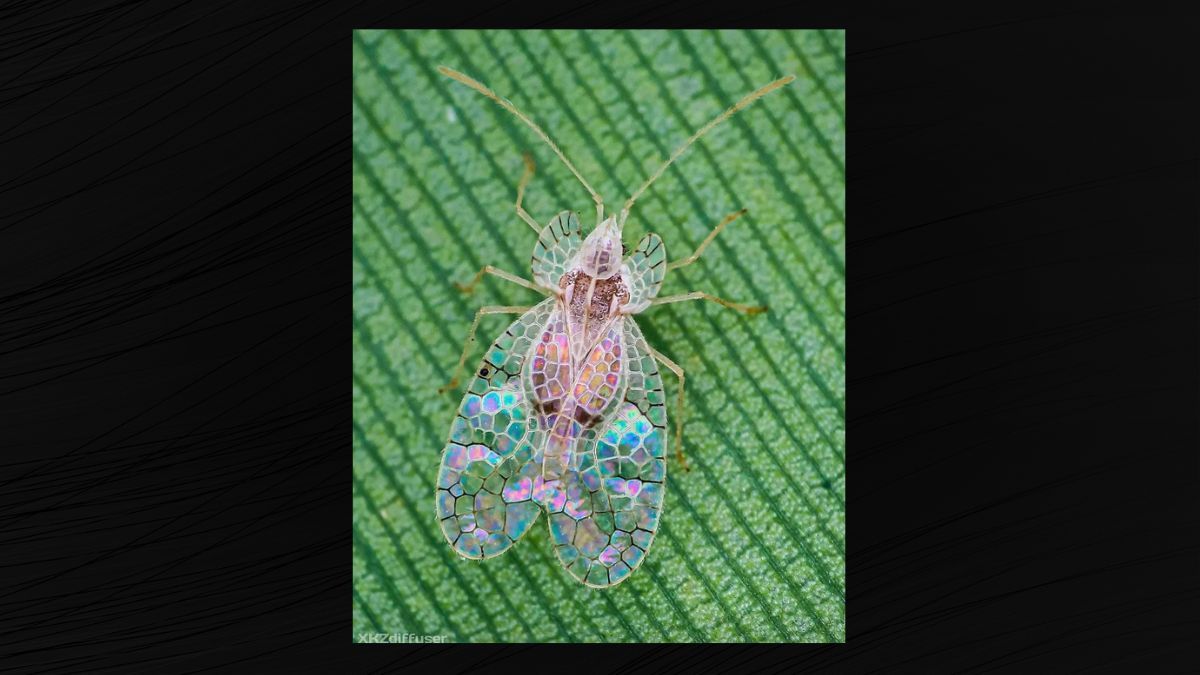 Claim:
A viral photograph of a bug with iridescent wings accurately depicts a real-world insect.
Rating:

In the summer of 2022, social media users shared a photograph of a rather elaborate-looking insect with beautiful iridescent wings. The picture prompted questions about whether it accurately depicts a real insect.

The above photograph is real, although we weren't able to confirm the original source or photographer. We will update this post if we are able to do so.

The insect depicted is a lace bug, we confirmed with Dr. Brian Brown, curator of the entomology section of the Natural History Museum of Los Angeles County. And the image does depict how the bugs really look — the photograph is not augmented in any way.

"They have incredible sculpturing on their bodies," Brown added.

The insects are found all over the world and have many different species, Brown said. One thing that may not be obvious from the picture is how small lace bugs are. They are anywhere from 2 to 4 millimeters in length.

They are tiny, but not as tiny as another insect first described by Brown. Megapropodiphora arnoldi is the world's smallest fly, measuring less than half a millimeter in length (and, by the way, Brown named it after Arnold Schwarzenegger).

Matthews, Melissa. “This Small Fly Was Named after Arnold Schwarzenegger Because of His Bulging Forelegs.” Newsweek, 25 Jan. 2018, https://www.newsweek.com/worlds-smallest-fly-named-after-arnold-schwarzenegger-because-bulging-forelegs-790028.