Some deepfakes can be eerily deceiving. 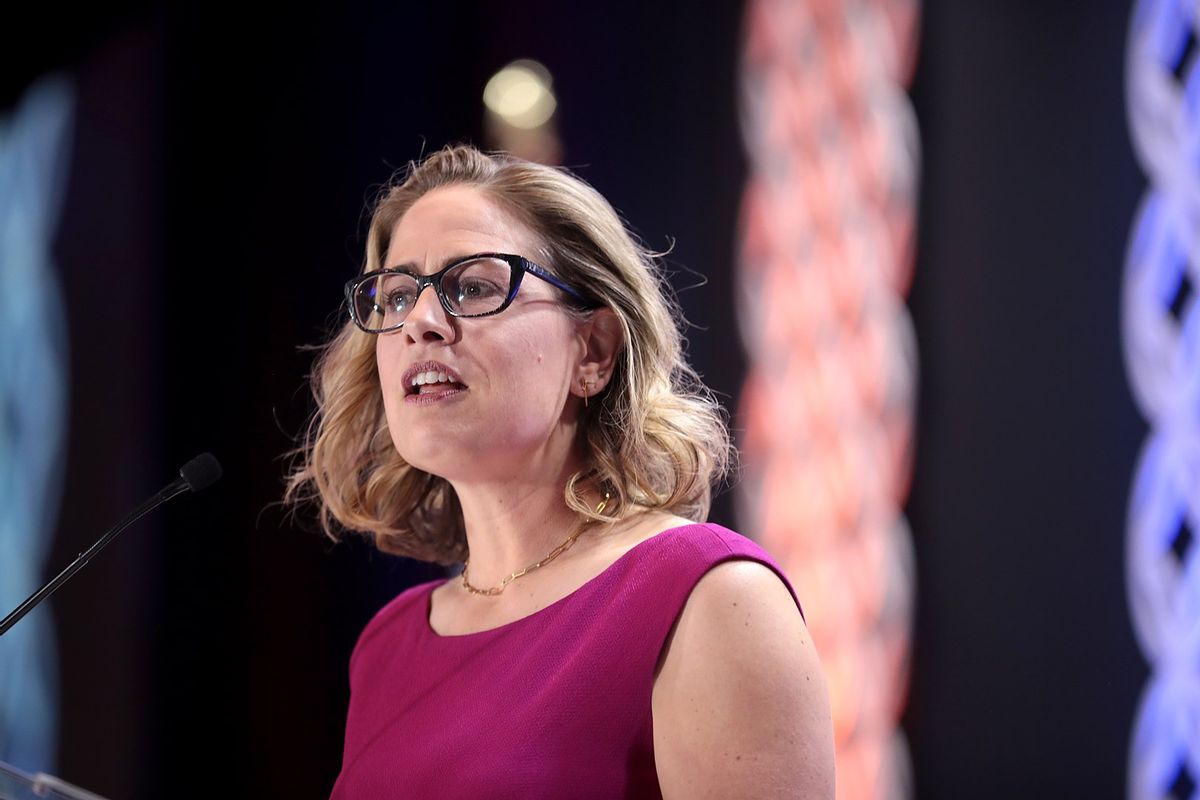 As Republican Sen. Mitch McConnell praised Democratic Sen. Kyrsten Sinema for being an effective “dealmaker,” a video went around allegedly showing her introducing former President Donald Trump at a rally.

The video, which spread via social media on Sept. 26, 2022, showed Sinema in a white outfit, holding up a People magazine copy, with a chyron below it stating, “Kyrsten Sinema appears with Donald Trump.” The video, which was posted by Paul Lahticks, is no longer online, as the account has been suspended. (A screenshot of it has been archived.)

The original video was shot at a 2015 presidential campaign rally in Las Vegas, where Trump was joined by a woman on stage, who was holding up a copy of People magazine. The woman said she was a supporter of his from Columbia. You can see the moment below at the 1:50 mark:

In subsequent tweets that are no longer available, Lahticks reportedly described the video as satirical in nature: “Look to all the newcomers that can’t seem to grasp the simple fucking concept of ‘political satire’ and got their snowflaked panties all in bunch because it’s ‘not real’, FUCK off. It’s fun, it’s funny – and if you’re being honest it’s not that far off from really happening.”

However, it didn't really happen, which is why we have rated this claim "False."