Did Senate Candidate Kyrsten Sinema Vote to 'Allow Abortions Up to Birth'? 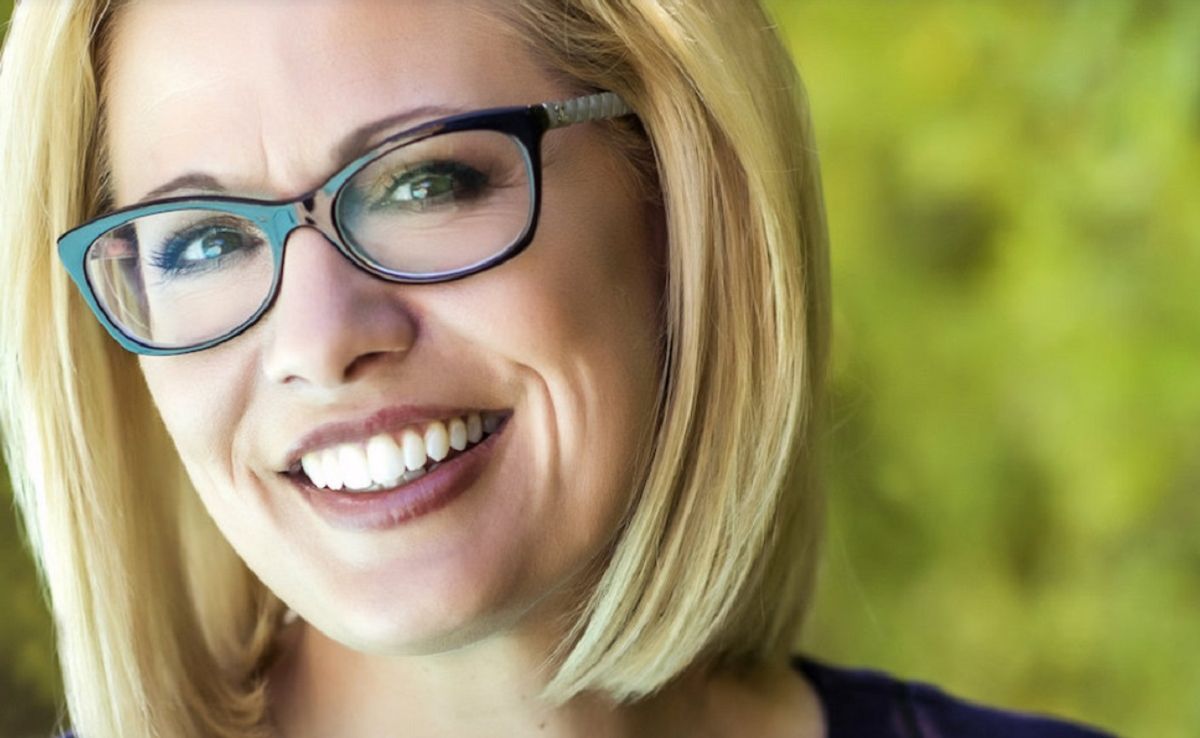 As of 9 November 2018, Democratic U.S. Senate candidate Rep. Kyrsten Sinema of Arizona was locked in a tight race with her Republican opponent, Martha McSally, with Sinema holding a narrow lead as a court challenge was mounted regarding post-election ballot verification.

During the campaign, a report by pro-life website LifeNews.com took aim at Sinema's record on abortion-related legislation in an article headlined "Arizona Senate Candidate Kyrsten Sinema Voted to Allow Abortions Up to Birth":

Since the summer of 2017, SBA List’s field team of more than 700 pro-life canvassers has visited more than two million voters at their homes across Indiana, Florida, Ohio, Missouri, North Dakota, and Montana. The campaign is part of an historic effort to educate and mobilize voters for the 2018 midterm elections.

“When it comes to abortion, Rep. Sinema could not be more out of step with her pro-life constituents. She has voted repeatedly to continue sending tax dollars to the country’s biggest abortion business, Planned Parenthood. She even voted against a compassionate popular measure to stop abortion after five months, a point by which unborn babies can feel pain,” said SBA List’s National Campaign Chair Jill Stanek ...

The article did not cite evidence of Sinema's having voted specifically to allow abortion up to birth. The "measure to stop abortion after five months" which Jill Stanek referred to in her remarks was H.B. 2036, a 2012 bill that, along with several other provisions, would have made it a misdemeanor crime for any medical professional to perform an abortion on a fetus after five months in the absence of extenuating medical circumstances:

Except in a medical emergency, a person shall not knowingly perform, induce or attempt to perform or induce an abortion on a pregnant woman if the probable gestational age of her unborn child has been determined to be at least twenty weeks.

H.B. 2036 was signed into law by Republican governor Jan Brewer in 2014, but it immediately faced legal challenges from pro-choice groups and was ultimately ruled unconstitutional by the 9th Circuit U.S. Court of Appeals on the grounds that the requirements it imposed on abortion providers relating to abortion medication amounted to an undue burden on a woman's constitutional right to an abortion.

H.B. 2036, the "measure to stop abortion after five months" which Stanek claimed Sinema voted against, was introduced in the Arizona legislature in December 2011, but the first Arizona state senate vote on the bill came on 27 March 2012, by which time Sinema was no longer a member of the Arizona Senate.

In preparation for her 2012 U.S. House of Representatives campaign, Sinema resigned from the Arizona Senate in January 2012, meaning that contrary to Stanek's claim in the LifeNews.com article, Sinema never voted on H.B. 2036.

Other votes on abortion

Nevertheless, Sinema is undoubtedly a firm supporter of abortion rights and has on other occasions opposed or voted against legislative measures which would enhance restrictions on access to, or the performance of, abortions.

As a member of the Arizona House of Representatives in 2008, she voted against legislation that would have specified the criminal penalties for performing a "partial-birth abortion," a non-clinical term for a rare but controversial procedure that the American Medical Association (AMA) describes as follows:

The term 'partial birth abortion' is not a medical term. The AMA will use the term "intact dilatation and extraction" (or intact D&X) to refer to a specific procedure comprised of the following elements: deliberate dilatation of the cervix, usually over a sequence of days; instrumental or manual conversion of the fetus to a footling breech; breech extraction of the body excepting the head; and partial evacuation of the intracranial contents of the fetus to effect vaginal delivery of a dead but otherwise intact fetus. This procedure is distinct from dilatation and evacuation (D&E) procedures more commonly used to induce abortion after the first trimester.

In 2003, President George W. Bush signed into law the Partial-Birth Abortion Ban Act, a bill promoted by Republican senator Rick Santorum of Pennsylvania that imposed a nationwide ban on the procedure, except where it is deemed necessary to save the life of a woman.

In the following years, several federal courts ruled that the law was unconstitutional because it did not include an exception to the ban which would protect the health (as opposed to merely the life) of the woman, but the U.S. Supreme Court definitively upheld the nationwide ban in 2007 in a high-profile case known as Gonzales v. Carhart.

In 2008, Arizona lawmakers sought to incorporate the national partial-birth abortion ban into state law and increase the penalties for medical professionals who performed the procedure, taken from those set out in a 1997 Arizona law that was struck down by a federal court and remained unenforced. They did this through a bill (H.B. 2769 in the House of Representatives and S.B. 1099 in the Senate) which Sinema opposed and voted against as a member of the Arizona House of Representatives.

In explaining her vote against H.B. 2769, Sinema said:

Arizona law already prohibits late-term abortions, commonly known as partial-birth abortions. What this measure will do is increase the penalty for individuals who break the law, from a Class 6 felony to a Class 5 felony. We have seen no problems with the current implementation of Arizona state law, and so I can't understand why we'd want to increase the penalty when the current penalty seems to be working just fine. While [Republican State Representative Andy] Tobin does state that this mirrors the U.S. Supreme Court statute, the concern that I have is that by changing the penalty we're actually increasing the penalties existing in Arizona law, and doing nothing to change the situation about those women who face this difficult and sometimes terrible choice.

When it comes to evaluating LifeNews.com's claim that Sinema voted "to allow abortions up to birth," there are a couple of important considerations.

First, despite Sinema's own somewhat loose equation of partial-birth abortion and late-term abortion, those phenomena are not synonymous.

Although intact dilation and extraction typically happens relatively late in a pregnancy (after 16 or 20 weeks gestation) and usually in cases of miscarriage or a late diagnosis of a fatal fetal abnormality, the procedure is not synonymous with a "late-term abortion." Intact dilation and extraction is, roughly-speaking, a variety of late-term abortion. Therefore, voting against a bill which increases the statutory penalties for performing a partial-birth abortion is not the same as voting to affirm the right of a woman to obtain a late-term abortion without any restrictions (that is, "abortions up to birth").

Second, given the nationwide ban on partial-birth abortions upheld by the U.S. Supreme Court in 2007, there was never any prospect of Sinema's vote against the 2008 Arizona bill having the effect of suddenly legalizing or allowing unrestricted late-term or partial-birth abortions. As she outlined in her House floor explanation, she was instead voting against what she said was an unnecessary increase in criminal penalties in Arizona for something that was already prohibited by law.

For these reasons, Sinema's vote against H.B. 2769 was not a vote to "allow abortions up to birth," either in the stated rationale behind her decision or in the possible consequences of her vote.

We asked Sinema's Congressional office and election campaign whether, setting aside her voting record as a legislator, she personally supports any gestational age limit or fetal viability limit on the performance of abortions, but we did not receive a response from either in time for publication.