Are These the Parents of Kyle Rittenhouse?

The idiom "out of whole cloth" can be traced back to false advertisements from garment sellers in the 1800s. 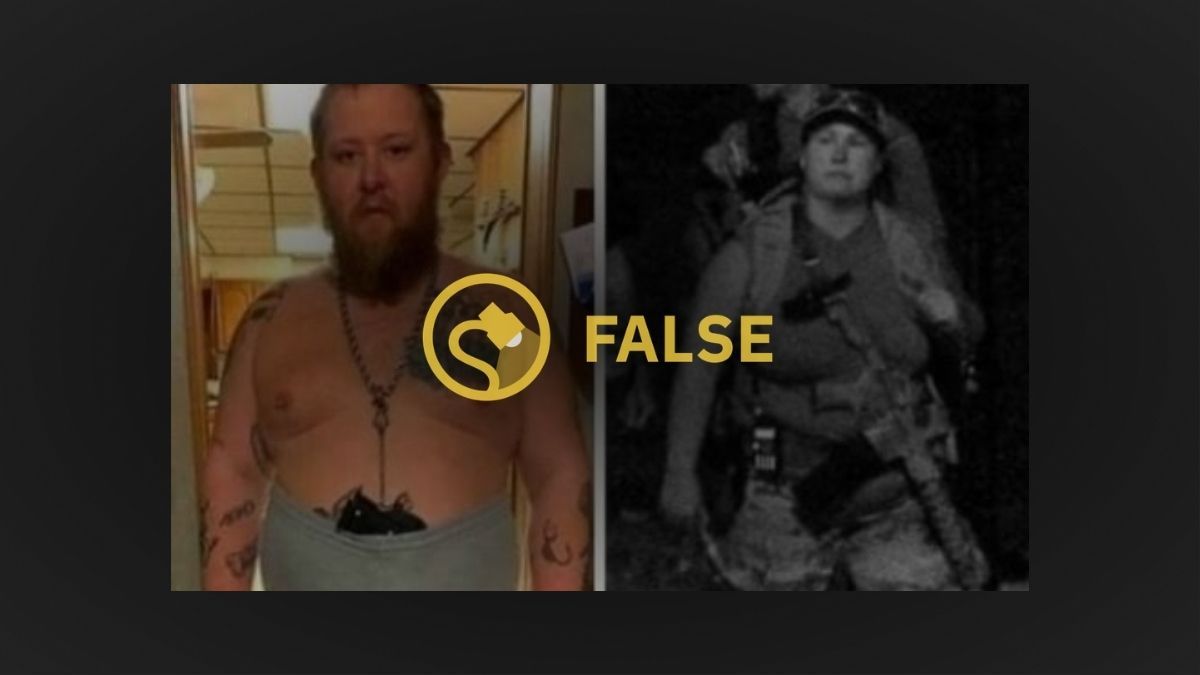 Claim:
Photographs show the parents of Kyle Rittenhouse, the 17-year-old accused of killing two people and injuring a third at a protest in Kenosha, Wisconsin.
Rating:

In August 2020, we encountered several rumors about Kyle Rittenhouse — the 17-year-old accused of shooting and killing two people and injuring a third during a protest in Kenosha, Wisconsin — related to the police shooting of a Black man named Jacob Blake.

For instance, social media users claimed that Rittenhouse once attended a rally for U.S. President Donald Trump, which is true, and that he assaulted a woman on video, which is likely, but unproven. On Sept. 1, we came across another rumor involving a meme that supposedly showed Rittenhouse's parents: The people in the above-displayed image are not Rittenhouse's parents.

The image on the left has been online since at least July 7, 2020, when it was shared on the "Video's and Memes" Facebook page along with derogatory remarks about the pictured individual. A few days later, the image was shared to the "Geezer Board" and the "Thanks I Hate It" section of Reddit. None of those early postings identified the individual in this image. The claim that it showed Rittenhouse's father was seemingly pulled out of thin air in the days following the shooting.

The photographer provided some additional details about this image on Twitter: The original photograph was first posted online without any information about the person's identity. After the shooting, social media users started to claim that it pictured Rittenhouse's mother, but offered nothing in terms of proof. This claim, again, appears to have been made up out of whole cloth.

The photograph supposedly showing Rittenhouse's mother is often shared along with the claim that she drove her son to the protest on the night of the shooting. But we have not been able to find any credible reporting to support this claim. In fact, a statement from Rittenhouse's lawyers disputes this idea, noting that "Kyle and a friend armed themselves with rifles due to the deadly violence gripping Kenosha and many other American cities, and headed to the business premises."

In summation, there is no evidence to support the claim that the above-displayed images show Rittenhouse's parents. This claim is based on unfounded assumptions, and the "identity" of these people was only noted after Rittenhouse's name made headlines.