Does Jared Kushner’s Brother Own a Company Involved in COVID-19 Testing?

Oscar, a digital health-insurance startup that recently set up a service for users to find COVID-19 testing centers, was co-founded by Joshua Kushner. 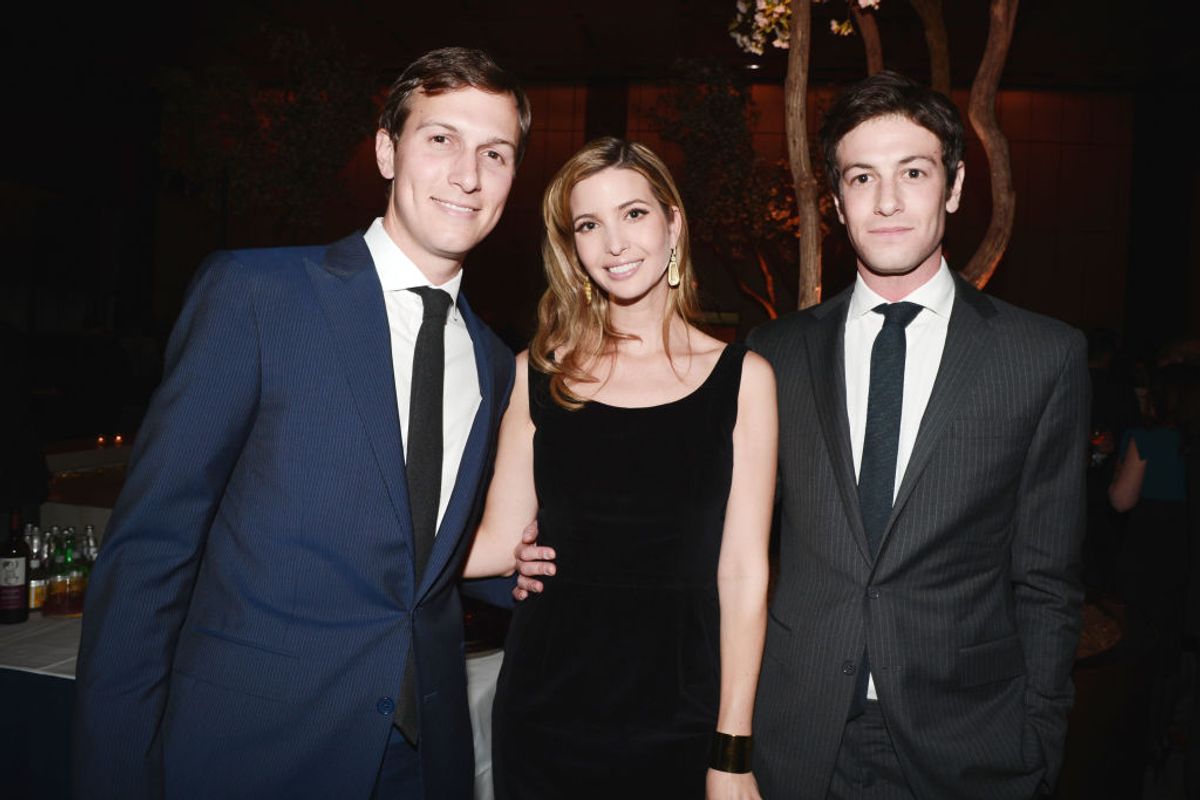 Jared Kushner’s brother, Joshua, is co-founder of the health insurance start-up Oscar, which recently released an online tool to locate COVID-19 testing centers in some areas. At least in the past, Jared Kushner has had a financial interest in Oscar.

Oscar is not involved in the actual process of COVID-19 testing or in the manufacturing of such a test. Oscar created a website — open to the public — that screens users to see if they qualify for a test and then provides a list of testing sites nearby.

Compared to the output of most other developed countries, the United States' ability to test for COVID-19, the disease caused by the novel coronavirus, has been extremely limited. This reality has led to rumors that President Donald Trump's administration, or some of its members, have a financial interest in promoting specific tests as opposed to others that would be more widely available or more easily distributed.

One claim that has emerged in this vein came from a report by Raw Story that asserted "the Kushner family is trying to cash in on the pandemic that could kill millions of us." The basis for this claim concerns the health insurance startup Oscar co-founded by Jared Kushner’s brother, Joshua Kushner. Jared Kushner is the son-in-law of and special adviser to Trump.

On March 13, 2020, Oscar announced that it would be launching a testing-center locator for COVID-19:

Today, Oscar, a tech-driven health insurance company, launched the first testing center locator for COVID-19 in the U.S., featuring more than 100 centers today. It is accessible to the general public and more testing centers are being added every day.

However, the details of Oscar's testing locator have been described incorrectly in several viral social media posts alleging profiteering from the Kushners during the coronavirus pandemic. A well-shared post by a user named "Boston Judy," for example, asserted that "we didn't have testing because the Trump family circle wanted to wait till they could make a profit." Even if this assertion had merit, the actions Oscar took merely help locate unaffiliated testing centers. As an insurance company, Oscar does not manufacture, perform, analyze, or sell any actual COVID-19 test. Further, the test-center locator that Oscar developed is open to the general public and is not limited to people who get insurance through Oscar. Once a user has taken a short survey, the locator will provide the closest locations for testing in areas in which they operate. While the service also acts as a promotion for the company, it can serve as a testing center locator for any interested party.

Will Oscar Health Profit from COVID-19?

"Boston Judy" later clarified that Oscar was not producing tests, but that the company would get to "bill the feds for evaluating people for COVID and referring them to a testing center if they meet the criteria [for testing]." While the legislation that would allow for such a reimbursement likely will include a fund for covering the cost of these tests, the legislation has not yet been finalized, and it's unclear that it would really be a windfall for Oscar, either.

On March 13, 2020, U.S. House Democrats and the White House reached a deal on a package of legislation that included a requirement that insurance companies cover the full cost of COVID-19 with no cost sharing. As described by the Brookings Institute, this legislation, if and when it is passed by the Senate and signed by the president:

Would offer financial support to state governments by temporarily increasing the share of Medicaid spending financed by the federal government, require almost all forms of health insurance to cover COVID-19 testing without cost-sharing, and create mechanisms to pay for COVID-19 testing for uninsured people.

Does Jared Kushner Have Anything to Do With Oscar?

Joshua Kushner co-founded Oscar in 2012. His venture capital firm, Thrive Capital, holds a significant ownership share. According to financial-disclosure forms released by Jared Kushner and his wife, Ivanka Trump, covering the year 2018, the couple owned and received profit from shares of Thrive:

This document also appears to assert that the couple divested from Thrive during the 2018 financial year:

Under federal law, executive branch employees are eligible to defer paying capital gains taxes on investments sold to comply with conflict of interest requirements. To take advantage of this benefit, the employees must obtain a Certificate of Divestiture from the Office of Government Ethics prior to selling the asset. Jared Kushner received a certificate of divestiture for, among other things, four Thrive-associated funds in February 2017.

In a narrow legal sense, this removed the conflict of interest associated with his financial ownership in his brother’s companies, according to Virginia Canter, who serves as chief ethics counsel for the nonpartisan Center for Responsibility and Ethics in Washington (CREW), which also provided us with Kushner’s Certificate of Divestiture. But, she told us, his divestment does little to alter the appearance of a conflict of interest or reduce the risk of potential corruption, especially if he is using his public office to promote the private interests of his brother or giving him “preferential access.” The similarities between the Trump Administration’s announcement of a website designed to locate COVID-19 testing centers and the website released by Oscar have been a source of speculation about undue access on Joshua Kushner’s part.

That being said, the assertion that the Kushners as a family are involved in the business of COVID-19 testing is not entirely accurate. The company's coronavirus response so far is limited to an online form that allows users to find a testing location if their symptoms call for it. Health insurance companies are likely to be reimbursed for covering the cost of COVID-19 testing once legislation is passed, but this would apply to all insurance providers, not just Oscar. For these reasons, we rank the truth of this claim as a "Mixture."

Update [18 March 2020]: Updated to include documentation of Kushner's Certificate of Divestment and added comments from Virginia Canter.