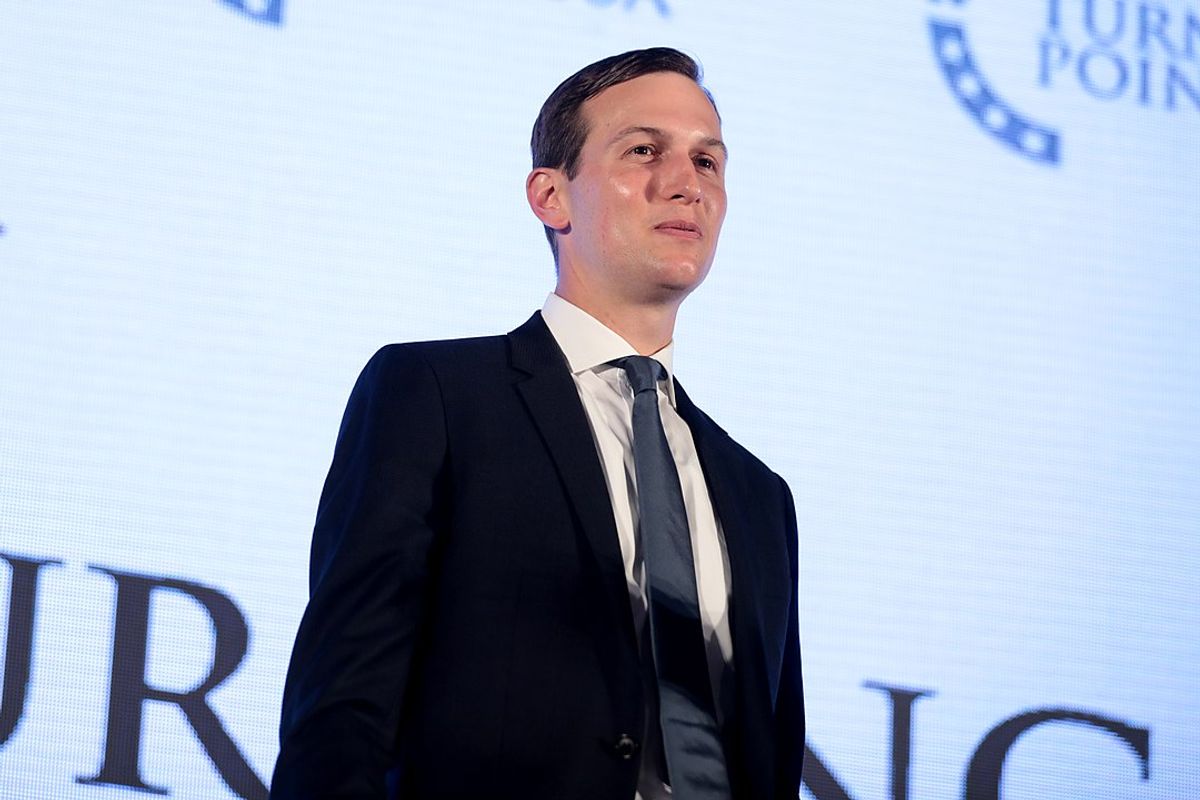 Claim:
The COVID-19 pandemic response team organized by Jared Kushner scrapped a federal government-led national testing plan because the virus had hit Democratic states hardest, according to a member of the task force, and helping blue states would be a political disadvantage, according to a July 2020 report.
Rating:

In the spring of 2020, when the COVID-19 pandemic began spreading across the U.S., a team led by Jared Kushner, senior adviser to U.S. President Donald Trump, was tasked with coming up with a nationwide testing plan.

But the plan — which initially outlined a federally coordinated distribution of test kits, a national contact-tracing infrastructure, and a nationwide repository of test results, among other ambitious goals — was dropped by the end of April, in favor of a haphazard state-led response. One of the reasons this occurred, reportedly, was the calculation that leaving Democrat-run states to their own devices could be politically advantageous.

On July 30, 2020, Vanity Fair reported on the changing approach and strategy of Kushner’s COVID-19 task force to tackling the pandemic. In March and early April, according to a member of the task force, COVID-19 outbreaks were the worst in mostly Democratic-voting states and cities. An anonymous public health expert in contact with Kushner's team told Vanity Fair that the team member suggested the government hold back from taking charge of COVID-19 testing, and leave the response to the governors of states. That way, the Trump administration or the task force could blame any ensuing damage on the governors instead.

Most troubling of all, perhaps, was a sentiment the expert said a member of Kushner’s team expressed: that because the virus had hit blue states hardest, a national plan was unnecessary and would not make sense politically. “The political folks believed that because it was going to be relegated to Democratic states, that they could blame those governors, and that would be an effective political strategy,” said the expert.

While the task force member's purported sentiment on the political implications may have contributed to the final strategy that the government went with, it is not clear if this was the sole or actual reason behind the aborted national response to testing.

Kushner, who is also Trump's son-in-law and the main decision maker on the task force, could have been swayed by the aforementioned argument, according to the expert who spoke anonymously to Vanity Fair. But other factors, including Trump’s own political concerns that more testing would lead to higher case counts and bad publicity, also played a part, the Vanity Fair report said.

The government plan that was eventually announced at the end of April was vastly different from the initial nationwide strategy the task force envisioned. That plan dictated that the federal government would act as a facilitator to bring needed supplies to states and approve testing kits. But the bulk of the effort to operate testing sites and find available labs fell to states.

Experts described the federal government's approach as one where they abrogated responsibility. The rollout of the final plan announced by the administration was ultimately a "recipe for disaster," according to the report, resulting in an approach that hurt even non-Democratic states, with experts warning that the U.S. testing system was "on the brink of collapse." The number of COVID-19 cases rose along with the demand for tests and dwindling laboratory capacity to turn around test results.

White House Press Secretary Kayleigh McEnany denied the Vanity Fair report in a statement, saying, "The article is completely incorrect in its assertion that any plan was stopped for political or other reasons. Our testing strategy has one goal in mind — delivering for the American people — and is being executed and modified daily to incorporate new facts on the ground."

In sum, Vanity Fair reported that Kushner's task force's approach to nationwide testing may have been influenced by political concerns. However, Vanity Fair attributed this claim to an anonymous source, did not state conclusively that politics played a role in the administration's final approach, and said it was one of a number of likely factors. For these reasons, and because we were unable to independently corroborate it, we rate this claim as "Unproven."

Jankowicz, Mia.   "Kushner's Coronavirus Team Shied Away From a National Strategy, Believing That the Virus was Hitting Democratic States Hardest and That They Could Blame Governors, Report Says."    Business Insider.   31 July 2020.