Some news reports saw a measure of irony in President Donald Trump's attacks on the city of Baltimore in July 2019. 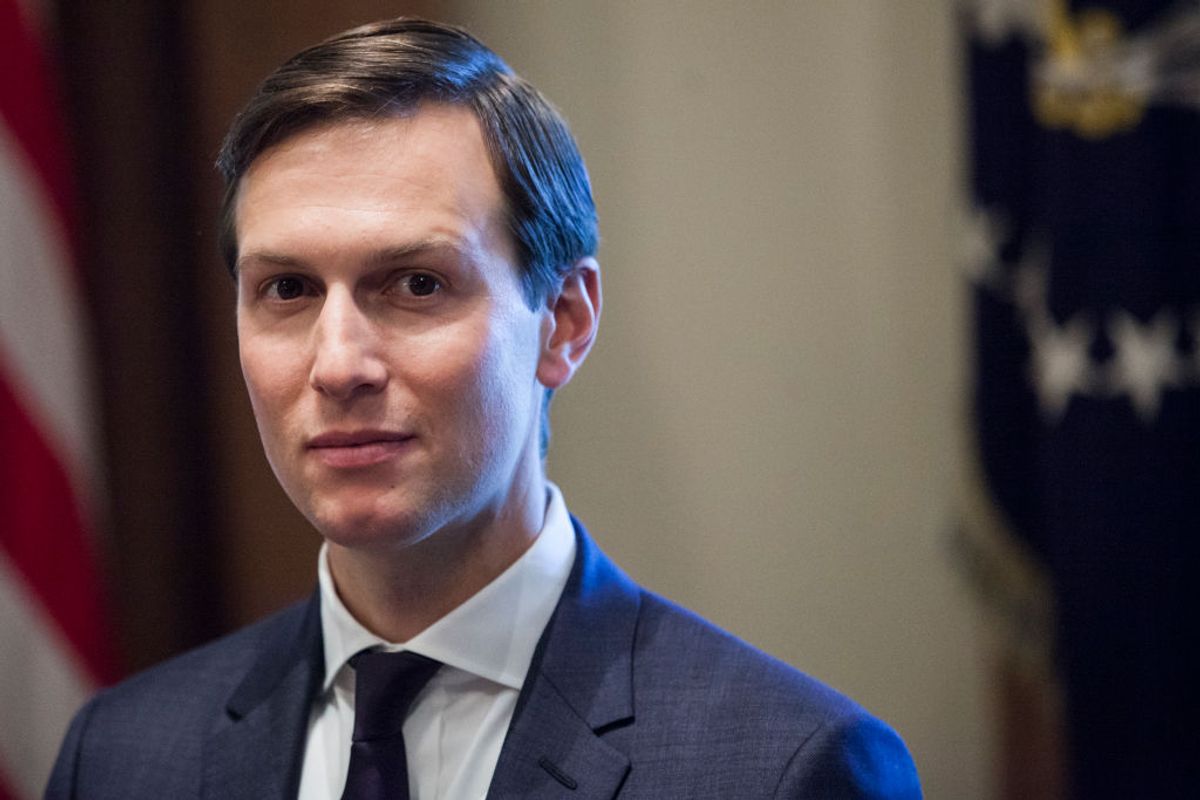 U.S. President Donald Trump prompted an outraged response in July 2019 when he launched an attack on the congressional district of Baltimore-based Democratic U.S. Rep. Elijah Cummings. The latter is a political opponent of Trump who, in his role as chairman of the House Committee on Oversight and Reform, has endeavored to hold the president to scrutiny.

On July 27, Trump launched a Twitter tirade against Cummings, calling him a "brutal bully," before claiming that living conditions in the city of Baltimore and the 7th Congressional District of Maryland were worse than those endured by migrants in detention along the U.S. border with Mexico. Trump wrote:

Trump's attack on Cummings, who is black, and his demeaning descriptions of the majority-black city of Baltimore prompted a wave of criticism, much of which accused the president of racism. The editorial board of the Baltimore Sun newspaper published a stinging response to Trump's words, calling him "the most dishonest man to ever occupy the Oval Office" and writing: "Better to have some vermin living in your neighborhood than to be one."

In the days following this controversy, some news reports also alluded to a potential measure of irony in Trump's description of Baltimore as "rat and rodent infested," claiming that the president's adviser and son-in-law, Jared Kushner, owns multiple properties in that city, some of which have been found to have violated building code regulations in recent years, especially with regard to rodent and other infestations.

On July 28, Newsweek published an article with the headline "Trump's Son-in-Law Jared Kushner Owns Baltimore Area Housing Projects That Have Racked Up Hundreds of Building Code Violations," which reported that:

President Donald Trump spent much of his weekend attacking Baltimore and Democratic Representative Elijah Cummings whose district includes much of the Baltimore metropolis. The president called the area "a disgusting, rat and rodent infested mess" where "no human being would want to live."

What Trump failed to mention was that his son-in-law Jared Kushner actually owns a number of nearby housing projects that have racked up hundreds of building violations. Kushner, who is a senior White House adviser and maintains ownership of these properties despite his administration role, was reported to have racked up more than 200 code violations for apartments his company owned back in November 2017, according to then Baltimore County Executive Kevin Kamenetz.

Kushner Cos., Trump's son-in-law's company, accrued all those violations in that calendar year and only made repairs after the county threatened to impose fines and to withhold Department of Housing and Urban Development (HUD) payments for the low income properties.

We received multiple inquiries from readers about the veracity of reports such as that one, which claimed that Kushner-owned properties in the Baltimore area had accrued multiple building code violations since 2017, in particular relating to rodent infestation.

Based on figures previously published by Baltimore County officials and provided to Snopes, such claims were accurate. Furthermore, our in-depth analysis of more than 150 individual complaints discovered multiple instances in which residents at Kushner-owned properties reported rodent and rat infestations, and several cases where county officials issued warning letters to the company, forcing it to address such infestations.

According to his 2017 financial disclosure, Jared Kushner was the CEO of Kushner Companies LLC (Kushner Cos.) from 2008 until he assumed his White House role in January 2017. He has kept an ownership interest in Westminster Management LLC, a subsidiary of Kushner Cos., and received a combined income of almost $3 million from its operations in 2017 and 2018.

In August 2017, the Sun discovered that Westminster had been relatively prolific in its use of an aggressive debt-collection tactic called civil arrest, which involves suing tenants and asking a judge to have them physically detained if they don't appear at court hearings, as opposed to the more conventional use of private debt-collection agencies.

And in May 2017, the New York Times and ProPublica documented these and other similar alleged sharp practices on the part of Westminster. On the basis of these news reports, a group of Maryland Democratic lawmakers, including Cummings, wrote to Kushner Cos. in August 2017, seeking clarification on whether its practices were in keeping with U.S. Department of Housing and Urban Development (HUD) rules governing property owners who, like Westminster, receive federal funding to defray the cost of housing tenants whose rent is subsidized.

In September that year, the Sun reported that Maryland Attorney General Brian Frosh had commenced an investigation into Westminster's practices, after tenants at the Kushner Cos. subsidiary's Baltimore-area apartments sued the company for allegedly charging improper fees amid disputes over lease terminations.

In a statement provided to the Sun at that time, a Kushner Cos. spokesperson said: "We are in compliance with all state and local laws." This prompted a detailed rebuttal from Baltimore County Executive Kevin Kamenetz, who noted in a news release that:

"Contrary to the assertions of the Kushner Cos. that they are in compliance with local laws, our inspectors identified and cited more than 200 code violations in properties owned by Jared Kushner." The release read:

"Baltimore County Executive Kevin Kamenetz has revealed the existence of more than 200 code violations in apartments owned by the Kushner Cos. in Baltimore County, all accrued in the current calendar year. After threatening to withhold HUD rental payments and levy fines, necessary repairs were made in all but nine properties. Those nine unrepaired properties resulted in withholding of HUD rental payments and issuance of $3,500 in County fines."

That intervention by Kamenetz formed the basis of Newsweek's July 2019 report, and after Trump's attack on the region, Kamenetz's successor as Baltimore County Executive, Johnny Olszewski, also got involved, telling the Sun:

In response to our inquiries, a spokesperson for Baltimore County provided further details that supported the claim that Kushner-owned properties in the Baltimore region had accrued multiple building code violations.

Since the November 2017 news release, the spokesperson told us, county officials had received "164 complaints resulting in 56 Correction Notices and Citations proposing $13,200 in fines. Six were Citations, approximately $2,000 in fine were levied." The spokesperson added that, "They were all liveability issues such as mold, insect infestations, mice, rats, window or door leaks, inadequate air conditioning or heat, etc. ..." Some 699 Kushner-owned and HUD-supported units passed annual code inspections, but 200 failed them.

In July 2019, an Associated Press report highlighted individual cases of rodent infestation at Kushner-owned properties in the Baltimore area, prompting further inquiries from Snopes readers. Our examination of more than 150 resident complaints in recent years showed that such disturbing instances were far from isolated.

We found dozens of complaints that reported "infestations" of rats, mice, bugs, fleas, bed bugs, gnats, maggots, vermin or roaches. In one 2015 case, a Baltimore County inspector issued a strongly worded correction notice to Westminster, warning of fines if the company did not rectify a building-wide "rodent infestation" within seven days. The inspector reported:

At the same apartment complex, located in Lansdowne, four miles southwest of Baltimore, Westminster failed to address another infestation of mice and rats just five months later, and the County fined the company $1,000.

In other instances at Kushner-owned apartment complexes, tenants complained of bed bug infestations, black mold, gnat infestations, mold spores, among many other problems.

In a statement, Kushner Cos. Chief Operating Officer Peter Febo told us:

"In the normal course of operations, as with all landlords in the [Maryland] area, the county and city inspectors stop by to investigate potential complaints from our residents. Upon notification of any violation, we take immediate action to remedy the issue and file the necessary paperwork in order to clear the violation.

"We pride ourselves on our level of customer service to our residents and take any violation seriously, as evidenced by our very low number of violations today. As it relates to the allegations of withholding rent payments, we have no knowledge of any such actions taken by HUD or other any other governmental agencies.”