We don't imagine that sticky lubricants would sell well. 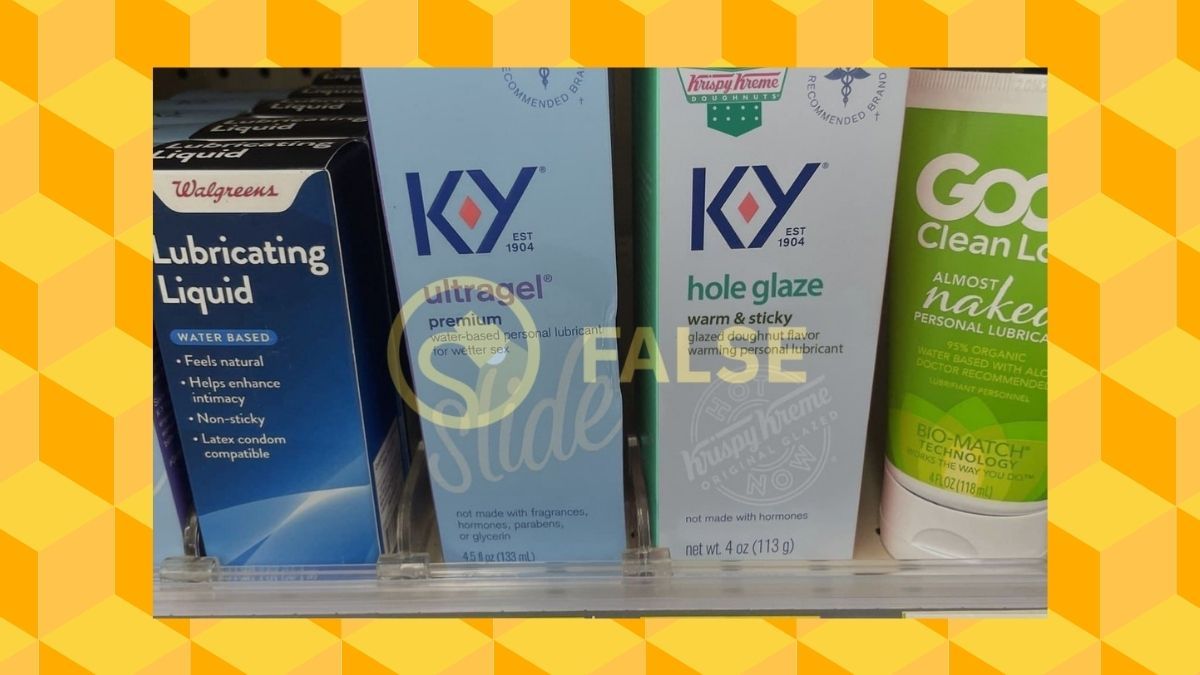 In November 2021, an image started to circulate on social media that supposedly showed a K-Y Krispy Kreme lubricant:

This is not a genuine product.

It is not listed in K-Y's collection of lubricants on the company's websites, nor could we find it among the doughnuts and other merchandise available on Krispy Kreme's website. When we reached out to K-Y for comment, we were told that this image was "fake," and that the company did not sell a K-Y Krispy Kreme lubricant. After this article was published, we received an email from Brian Lambeth "confessing" that they were the creator of this K-Y Krispy Kreme lube image. As evidence, Lambeth shared a screenshot with us of this image being created in Photoshop, a link to the original post on their Facebook page back in June, and noted that the image contains a creative watermark (their social media handle "Dankstick" can be seen in bar code). Lambeth said:

"I wanted to fess up as the creator of the lube image ... I made this on National Doughnut day as a joke and posted to my own Facebook page in June this year. I'm from Winston-Salem, NC - the corporate headquarters for Krispy Kreme. I'm exposed to a great deal more of KK's advertising because of that. Anyway, all in good fun."

Lambeth isn't the only person who has had a fake product image go viral. DoctorPhotograph, for example, created an Oreo-flavored mayonnaise, @boxofchowder created these black-licorice flavored "Hallowiener" hot dogs, and Adam Padilla has made a number of fake products, including pre-owned condoms and Monster Energy Caffeinated Ham.

Updated [18 November 2021]: Added information about person who created the image.