Reports of the possible spotting of a kraken near Antarctica actually show a very large rock. 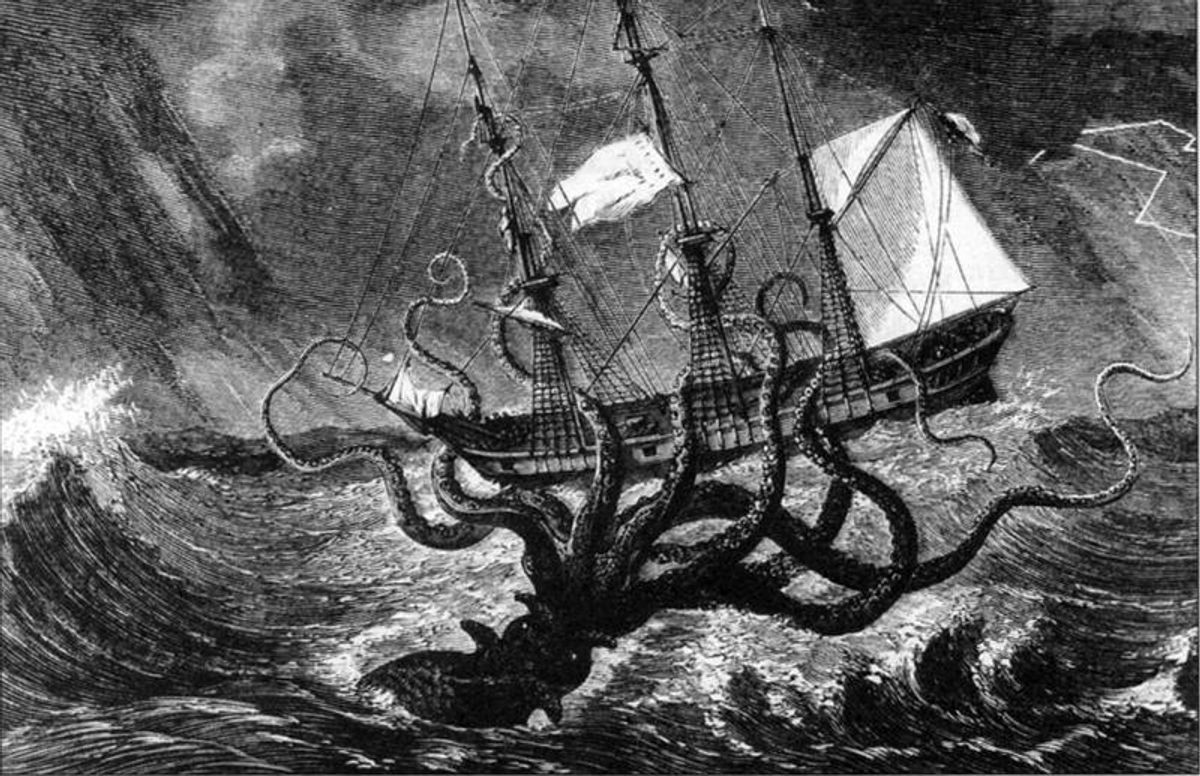 Claim:
A sea monster of giant size was spotted near Antarctica.
Rating:

On 29 April 2016, YouTube user "Wowforreal" posted a video presented as possibly showing a "massive unknown creature" near Antarctica whose existence had been confirmed via images from Google Earth:

No idea what this is but it's circulating a few places right now and when I saw it, it IMMEDIATELY made me think of a Plesiosaur fin. Was hard to see from the images I was seeing so I went there on my own, to Google Earth. Here's what I found and how you get there. That's one massive disturbance in the ocean down there and who knows what really caused it. Maybe now we know the source of The Bloop! Go there on Google Earth and form your own opinion.

Coords below if you don't want to follow in vid. nav:

While YouTube user "Wowforreal" was skeptical about the findings, the video was later picked up by conspiracy theorist web sites that claimed that the footage likely showed a kraken (i.e., a legendary sea monster of giant size): This looks like the Kraken. I used Google ruler and it says this is 30 meters (100 feet) from head to end, but the end looks like just the mid area of a giant squid, which means it could be 60+ meteres long with tentacles. That sounds like a Kraken to me. Maybe the stories about the giant monsters of the deep are all true. A lot of storers are based on truths. I think we found the Kraken.

Examining Google Earth images from the coordinates provided by WowForReal (63° 2'56.73"S 60°57'32.38"W) yielded similar results to those shown in the above-displayed video, but the "unknown object" seen therein; is not a sea monster but a rock. To be specific, it's Sail Rock, a small volcano located to the southwest of Deception Island at the same coordinates of the "massive unknown creature": According to a study published by Andean Geology in 2013, Sail Rock (named for its sail-like shape) stands about 30 meters above sea level: "(Sail Rock) rises about 30 m above sea level and features a sail-like shape (hence its name). The stack marks the top of a volcano the rest of which is submerged below sea level. The age of Sail Rock is unknown, and the stack is composed of layers of pyroclastic breccia and tuffs alternating with lava flows.