Did a Komodo Dragon Get Stuck in a Convenience Store? 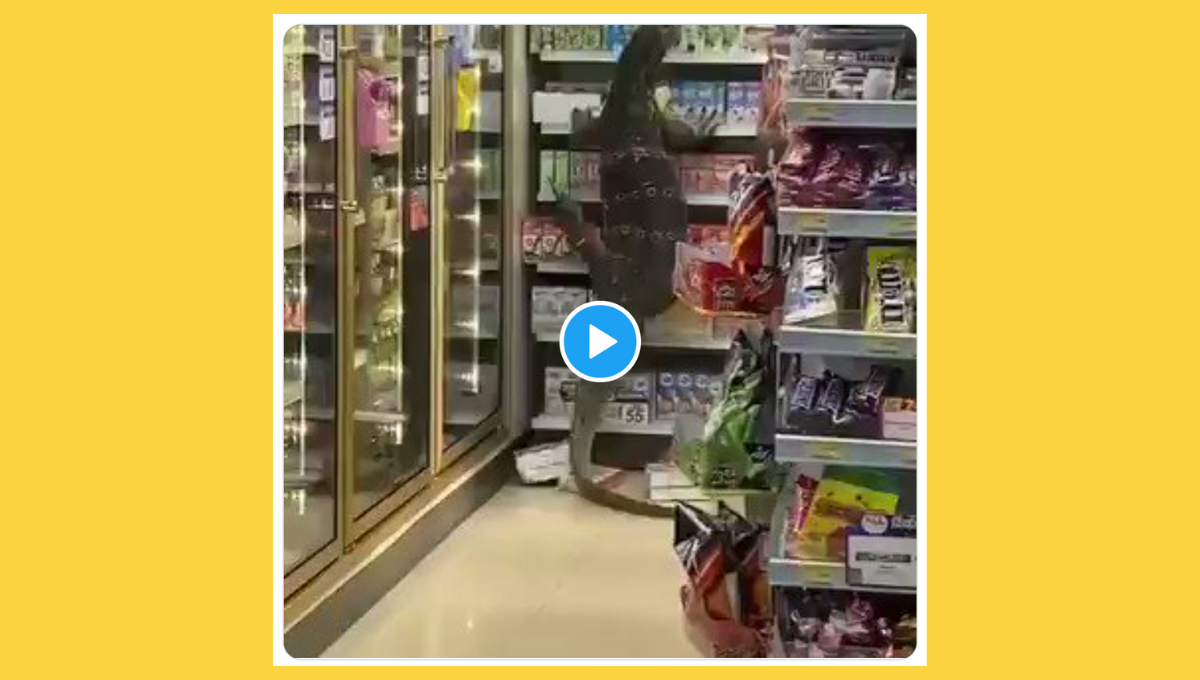 Claim:
A video shows a komodo dragon climbing the shelves in a convenience store.
Rating:

Although the video is genuine, it appears that the featured critter is not a komodo dragon but a different species of monitor lizard.

On April 7, 2021, a video went viral on social media that supposedly showed a komodo dragon climbing the shelves of a convenience store:

This is a genuine video. While it was frequently shared with the claim that the animal shown was a komodo dragon, it's likely that this video shows another species of monitor lizard.

This clip comes from a slightly longer video that was originally posted to the Facebook page of Jejene Narumpa and was seemingly shot somewhere in Thailand. Narumpa's Facebook page is written in Thai, but according to the Bangkok Coconut, a deleted posting of this video to Narumpa's Instagram page was originally tagged with the location Soi Ban Tang Sin, which is near Bangkok, Thailand.

Here's Narumpa's original post. In addition to the full video, the user included additional photographs of this monitor lizard wreaking havoc in this convenience store.

Here's a video of a water monitor lizard in a more natural habitat than a 7-11: