Anti-racism is not synonymous with the Black Lives Matter movement, and vice versa. 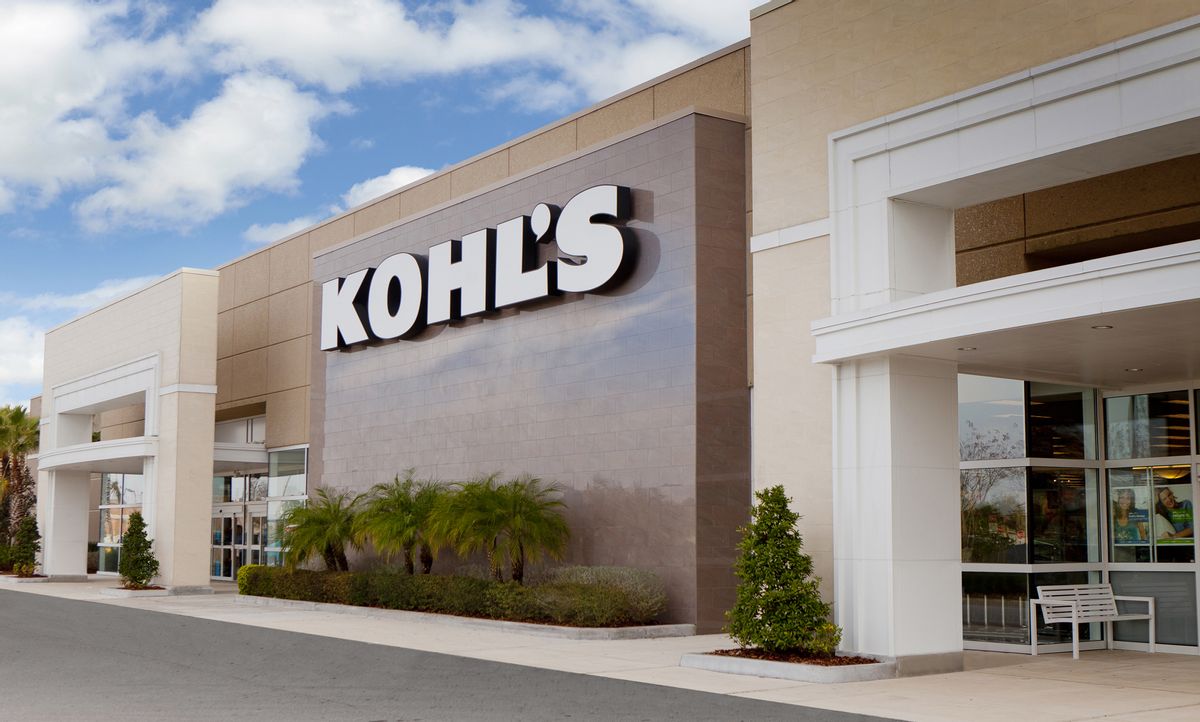 None of the Kohl's T-shirts featured the words "Black Lives Matter" or "BLM," and a spokesperson for Kohl's told Snopes the project was not a collaboration between the company and Black Lives Matter.

In September 2020, readers asked Snopes to examine the accuracy of news reports and social media posts that claimed the department store chain Kohl's was launching a line of clothing themed around the movement against racial injustice and police brutality known as Black Lives Matter (BLM).

On Sept. 9, 2020, the website Shore News Network published an article with the headline "Kohl's Stores Announce New Line of Black Lives Matter Clothing," which reported that:

"Kohl’s Department Stores, which operates Jersey Shore-based box stores has announced a new line of Black Lives Matter and equality based t-shirts that will be available for purchase in select Kohls department stores.  The shirts will be available on September 21st."

"I just called Kohl's and they confirmed that they will be selling BLM merchandise. I asked them if they were going to sell back the blue and they said no not at this time. This is a shame and they will no longer have me as a customer." Those claims contained a mixture of truth and falsehood. Kohl's did announce, on Sept. 7, 2020, that it had collaborated with a local business near the company's headquarters in Milwaukee, Wisconsin, to produce "a line of tees for the whole family to support racial equality":

"We've partnered with Cream City Print Lounge, a Milwaukee-area Black-owned business, to create a line of tees for the whole family to support racial equality. Mark your calendars for 9/21 to shop the line in select stores and at Kohls.com. With this launch, Kohl's is proud to donate $100,000 to the The National Urban League, which strengthens economic empowerment, equity and civil rights." The T-shirts themselves do not appear to feature the words "Black Lives Matter" or "BLM." A spokesperson for Kohl's told Snopes the clothing would not feature the name of the movement itself and clarified, "The collection is not affiliated with the Black Lives Matter organization."

Photographs of some of the T-shirts being printed, which were posted on Facebook by local reporter Cassidy Williams, featured the slogans "Black culture is not a trend" and "Racism is not cool" as well as the raised fist symbol, which has been used as a symbol of "unity and solidarity", the BLM movement, and as a symbol of "Black power."

The T-shirt shown in the Kohl's announcement on Sept. 7 also featured the same "raised fist" symbol with the words "Justice, Respect, Change." On Facebook, Cream City Print Lounge advertised a launch party for its collaboration with Kohl's, and the graphic for the event featured T-shirts bearing the slogans "Black culture is not a trend," "Together we can create change," "Peace, love, equality," and the raised fist with "Justice, Respect, Change" — but again, rather conspicuously, no T-shirts bearing the name "Black Lives Matter" or "BLM."

As a result, it's hard to argue that it would be more accurate to describe the forthcoming Kohl's line as "BLM T-shirts," rather than "T-shirts advocating racial equality." Anti-racism is not synonymous with the BLM movement, and vice versa, just as anti-racist rhetoric and symbolism should not be conflated with, or reduced to, the slogan "Black Lives Matter." And in this case, the company happens to have made that distinction explicit.

Furthermore, the political and social atmosphere that prevailed in the United States in the autumn of 2020 was one of intense and widespread division surrounding acts of police violence towards Black people and resulting protests. The BLM movement, in general, and the Black Lives Matter Global Network in particular, were the subject of a great deal of criticism, especially among right-leaning observers and supporters of U.S. President Donald Trump. So the distinction between "BLM T-shirts" and "T-shirts advocating racial equality" could hardly have been more substantive.

Nonetheless, the description of the T-shirts as "BLM merchandise" was clearly not arbitrary, and obvious areas of overlap existed between the principles and messages advocated by the broader BLM movement, on the one hand, and the collaboration between Kohl's and Cream City Print Lounge. So the mistake was an understandable one, but a significant mistake all the same. We issue a rating of "Mixture."