After an interview, rumors flew that the conservative Koch brothers were endorsing Democrat Clinton for President over any of her Republican rivals. 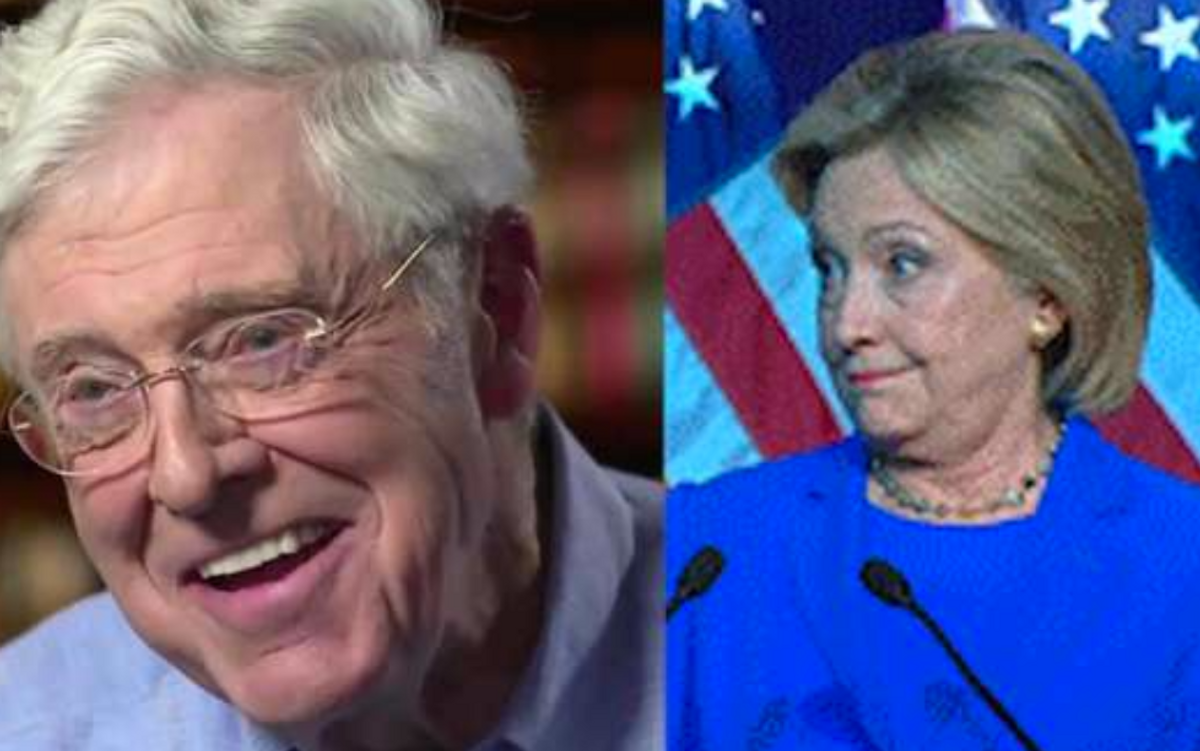 Claim:
The Koch brothers have endorsed Hillary Clinton for President over any of her Republican rivals.
Rating:

The billionaire Koch brothers, Charles and David Koch, are well-known for supporting policies to shrink the size of government and provide greater freedoms (i.e., fewer regulations) and lower taxes to businesses. They virtually epitomize the “small government” viewpoints of American Republicans and are considered two of the most influential voices in the Republican party. During an election in which neither of the leading Republican candidates – Donald Trump or Ted Cruz – are considered “establishment” Republicans, it would be news indeed if the Koch brothers were to endorse Democratic candidate Hillary Clinton for President.

On April 23, 2016, Charles Koch was briefly on air on ABC’s This Week with George Stephanopolous. During that interview, ABC Correspondent Jonathan Karl asked Koch, “So is it possible that another Clinton could be better than another Republican this time around?"

When pushed by Karl about whether he could see himself supporting Hillary Clinton, Koch hesitated, “Well... we would have to believe her actions will be quite different from her rhetoric, let’s put it that way.”

It should be noted that the Koch brothers have not expressed support for either Trump or Cruz. Quite the opposite. Charles Koch claims they have not spent a dollar for or against any Republican presidential candidate this year, although they have been widely cited as being prepared to spend more than $900 million on this year’s presidential race. Charles Koch stated that this is because he and his brother are “disgusted” with the rhetoric being expressed by this year’s Republican candidates.

Hillary Clinton responded to the interview the next day, tweeting that she’s “not interested in endorsements from people who deny climate science and try to make it harder for people to vote.”

Although social media lit up immediately after the “This Week” interview with the “news” that the Koch brothers had endorsed Hillary Clinton, that would be a gross overstatement. While Charles Koch slightly opened the door to future support of Clinton’s candidacy during the ABC interview, his barely-lukewarm acknowledgement of the possibility and immediate hedging qualifications to their future support could hardly be construed as an endorsement.