A viral video purportedly depicting a woman's negative reaction to a surprise kitchen makeover planned by her husband was a prank. 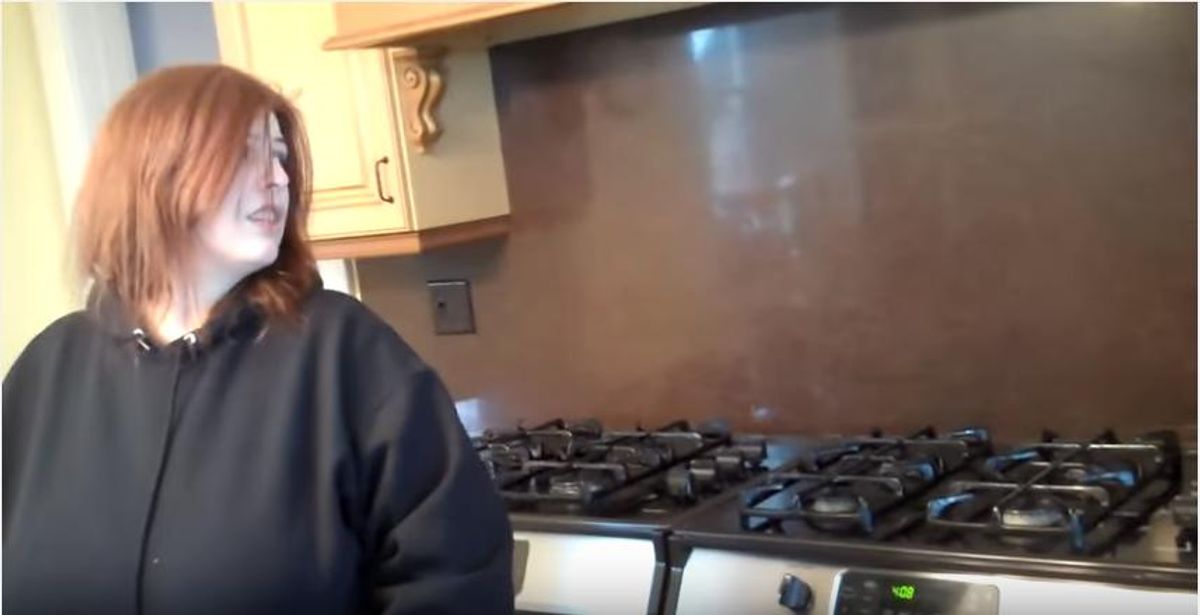 Claim:   A video captures a woman's negative reaction to a surprise kitchen makeover planned by her husband?

A husband remodeled the kitchen while she was on vacation. He spent 60k but she thinks it is stupid.

Origins:    In June 2015, a video originally uploaded to YouTube on 20 February 2012 by user DIRTYDAG and titled "kitchen makeover fail" began recirculating on social media sites such Facebook and Reddit. The video (embedded above) initially bore the following description when it was first posted:

after building what i thought was my wifes dream kitchen i found that she really didnt want it at all! she was on vacation for a week while i completely built this kitchen!60 thousand dollars later and she hates it!

By June 2015, the video had accumulated more than three million views on YouTube alone (and likely amassed a number of others through social media copies and reposts). Commenters excoriated the woman seen castigating her husband in the video:

Divorce her now. She will kill you. Most likely from the heartache of disappointment in never meeting her standard false standards. This need to be shared and put up on the news or something.


60k on a kitchen for her? I was expecting Kate Upton to come walking through the door, not this water buffalo.
I'd like to share this video but the title would give the wrong impression. Should be titled "ungrateful bitch wife hates kitchen remodel"

Some viewers questioned the clip's authenticity, and it turned out that not much investigation was required to determine whether the reaction depicted was indeed genuine. Directly under the description (and reiterated in several comments), its uploader explained that it was a planned prank that had sat in relative obscurity until the clip was mined by a television show:

People people people! This video is a prank we made 3 years ago at a vacation rental! This video sat dormant for 2 1/2 years before True TV aired it on on of their shows last fall! Until 3 days ago it was at 8000 views for that 3 years it's been in existence! Now all of a sudden it goes viral and we are bad people? Give me a break! For those of you who get what we did here, I applaud you! For those who just don't get it...I don't think you would even if explained to you!. If you ever get a chance to come to Cedar Point or Ohio, Look into this house called Rock Of Ages! It is a beautiful historic home on the shores of Lake Erie. 13 bedrooms and 11 baths, it has room for a big group! The kitchen was built to entertain! That's why you see 2 of everything. My wife actually does love the kitchen and wishes we could afford 1 of everything let alone 2 of everything! Enjoy the video for what it was for! Entertainment! Nothing more, nothing less! Don't get all bent out of shape over silly shit! Life's to short for that! Have a good day!

The "kitchen makeover fail" cyclically circulates on social media, although its creators long ago admitted that the video was staged and the woman seen in it was playing along with the joke. The short video was created for the amusement of a small audience and been all but forgotten by the time it went viral (more than two years after it was published).