Did Kirstie Alley Tweet ‘Thanks for Your Input’ In Response to Stephen Hawking's Death?

The actress faced criticism and ridicule after an unusual condolence message posted in 2018. 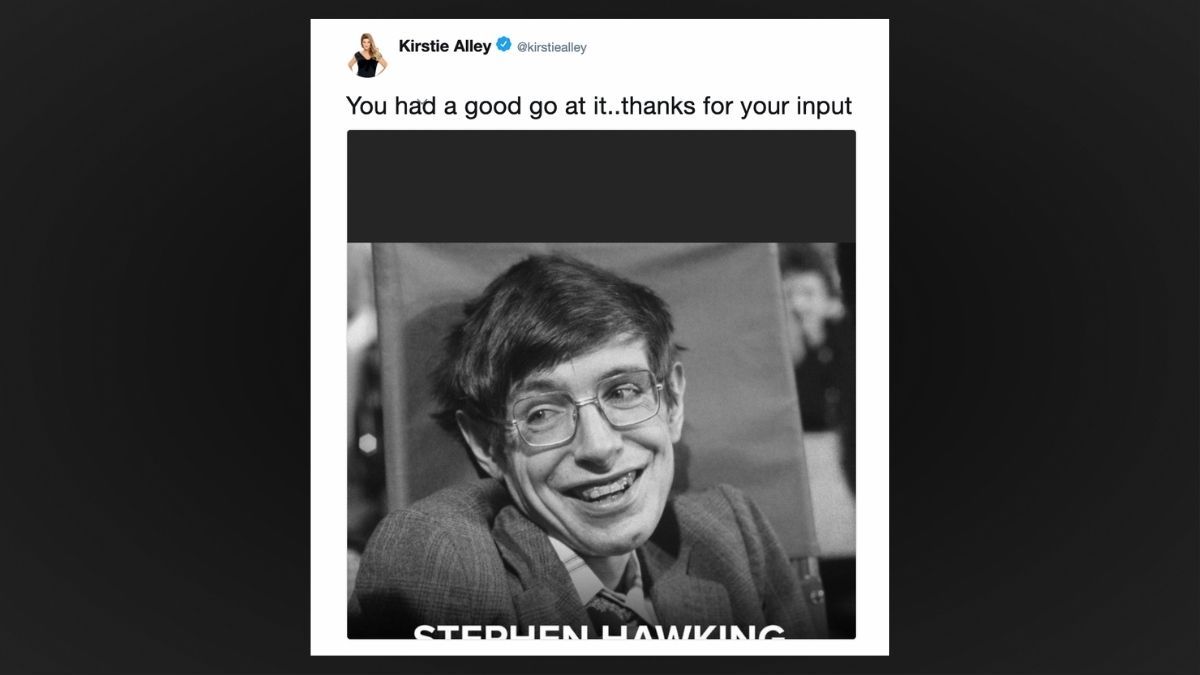 Claim:
In response to renowned physicist Stephen Hawking’s death in March 2018, the Twitter account for actress Kirstie Alley posted the message, “You had a good go at it..thanks for your input,” along with a picture of Hawking.
Rating:

Some moments in internet history seem too absurd to be true, and yet...

On March 14, 2018, the Twitter account for actress Kirstie Alley, known for her work on “Cheers,” “Look Who's Talking,” and other television shows and movies, tweeted a condolence message in response to renowned scientist Stephen Hawking’s death. The message read: “You had a good go at it..thanks for your input,” along with a photograph of Hawking and the years of his birth and death. Alley's profile did indeed tweet this in 2018, but the post has since been deleted. It is still viewable as an archived tweet. Another tweet from the same account called Hawking, “one of the top 3 funniest people on the planet” and a “beautiful mind.”

Alley's tweet spurred think pieces and controversy and somehow made its way back to us at Snopes years later.

We may never know why the strange tweet was posted, but we can say the answer to the question of whether it was posted by Alley's Twitter account is: “True.”