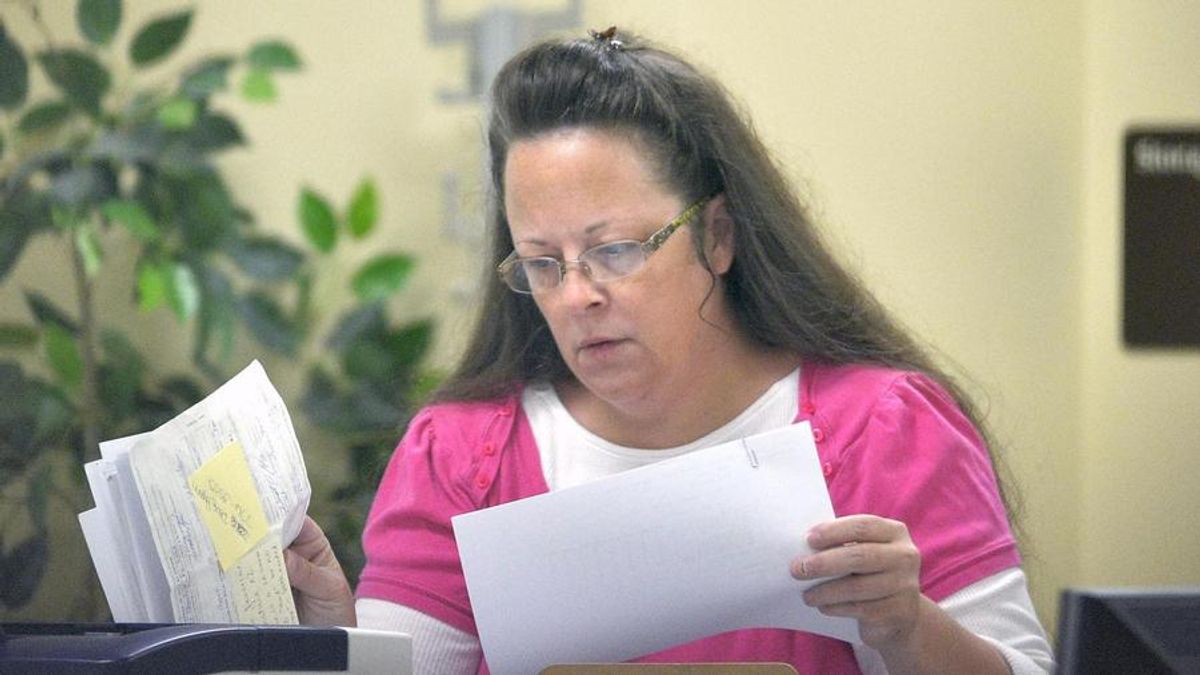 FACT CHECK: Did Kim Davis object to being in an all-female jail because there were too many lesbians?

Claim:    Jailed Rowan County, Kentucky clerk Kim Davis objected to being in an all-female jail because there were too many lesbians.

However, in an exclusive interview with Newslo, Kim Davis said that "the only thing worse for me than being jailed is being jailed in an all-women correctional facility." Davis spoke to Newslo and expressed her concerns over the state's plans to move her to a female prison if she does not comply with the ruling within a limited time frame.

"It's total injustice," Davis said. "They are trying to break me, to get me to bow down to them and do what they want. But that’s not gonna happen, I will stand strong because God ordained me to do so. They took me away from my husband and now they’re preparing to strike the final blow because they know how much I hate LGBT people. Moving me to an all-female prison is enough to scar me for the rest of my life.”

While it's true Davis was jailed on 3 September 2015 (after a judge ruled she was in contempt of court), Newslo itself indicates the portion quoted above was embellished. Billing itself as a "hybrid" site containing real and fake news content, Newslo articles build upon a controversial news story with fabricated details to draw readers.

Articles on Newslo (and companion sites like Religionlo) feature clickable boxes at the top of each page enabling readers to "Show Facts" or "Hide Facts":

Newslo's articles open in "Hide Facts" mode by default, ensuring most readers remain unaware portions of its content are embellished (and confusingly displayed alongside "facts"). In addition to the "Show Facts/Hide Facts" feature, Newslo features a disclaimer warning readers about the nature of its content: