Kim Davis Seated Next to Gay Couples at SOTU?

No, President Obama didn't seat Kim Davis next to several same-sex couples at the State of the Union address. 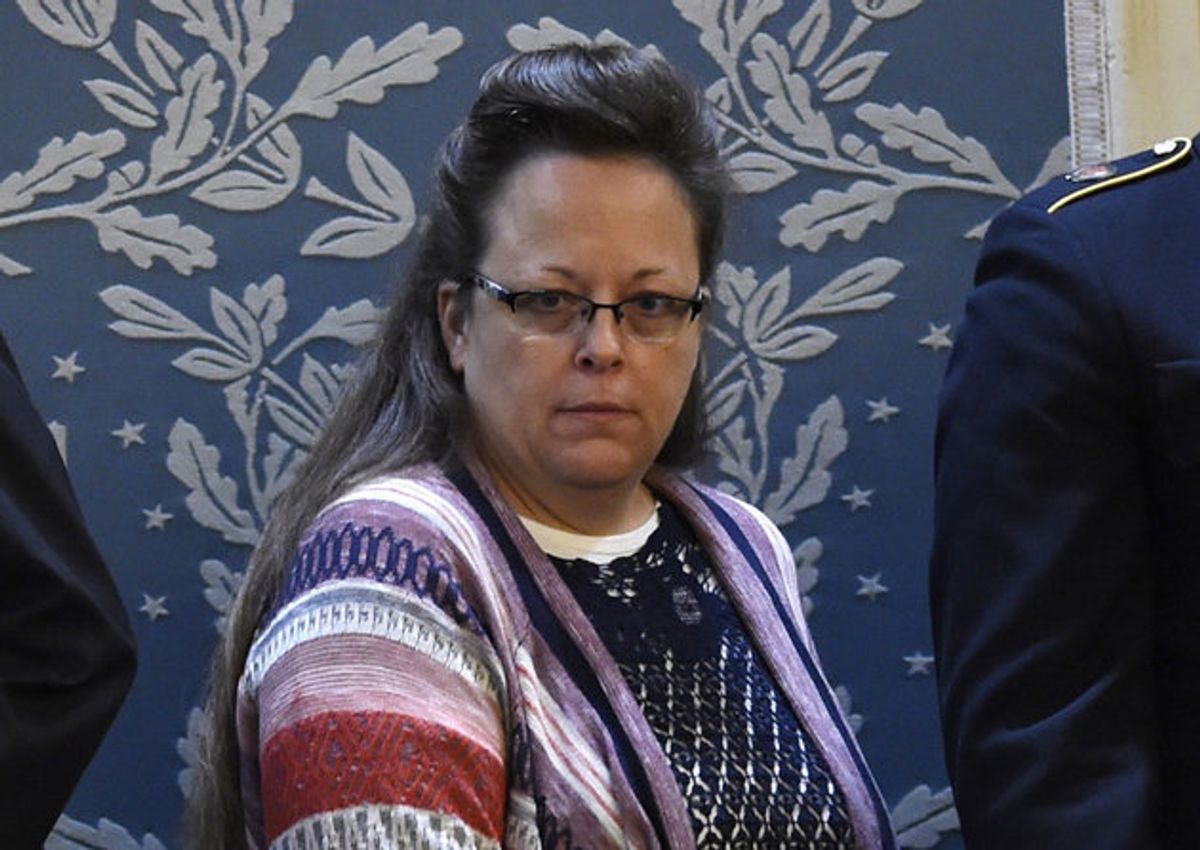 On 12 January 2016, Kentucky county clerk Kim Davis was one of many individuals in attendance at President Obama's final "State of the Union" address.  Davis, who became nationally known over her refusal to issue marriage licenses to gay couples following the Supreme Court's Obergefell v. Hodges decision, was the subject of a Free Wood Post article titled "President Obama Makes Sure Kim Davis Surrounded By Same-Sex Couples At SOTU":

After Kentucky county clerk Kim Davis was invited to the State of the Union by some Republican putz who clearly thinks purposefully disobeying the United States Constitution is worthy of an invite, President Obama has made sure she doesn’t forget her crime of refusing to treat everyone equally under the law.

Surrounding Davis will be four happily married same-sex couples who were married in Kentucky. Obama felt it would be poetic justice for the law-breaker, and if she’s going to be there anyway, might as well make her suffer in the bounty of same-sex love.

Davis' presence at the event was amiss to many readers, some of whom doubted she was even there. (She was.) Davis last made headlines when she "met with the Pope" during his 2015 visit to the United States.  Later, it emerged that Davis was one of "several dozen" people at a mass meet-and-greet, and that she hadn't been granted a face-to-face Papal visit. She acquired her ticket to the event under similarly confusing circumstances:

Late Tuesday night, ahead of the president’s address, Rep. Jim Jordan, R-Ohio, the leader of the House Freedom Caucus, came forward, saying that his office had provided Davis’ ticket to the Family Research Council and Davis.

The Huffington Post reported that the Ohio Republican did not know that his ticket went to Davis until after her announcement, and initially knew only that it was going to the Family Research Council.

“Our staff heard from the Family Research Council that Ms. Davis and her family hoped to attend the State of the Union address and so we offered a ticket,” Jordan told ABC News in a statement later on Tuesday.

Clearly, people were confused about Davis' presence at the address, and Free Wood Post's article exacerbated that confusion. However, the web site on which the claim originated carried the following disclaimer:

Previous fake news articles from Free Wood post included claims that Lindsey Graham badmouthed the GOP after dropping out of the 2016 race, that Ted Nugent was placed on suicide watch after learning he was half black, and that the Southern Poverty Law Center (SPLC) designated Fox News as a "hate group."