Did 'Killer Clown' Leave Warning Note to Cancel Halloween or 'Kids Will Die'?

The story of a "killer clown" leaving a threatening note at a school was published by a self-described "satire" news site. 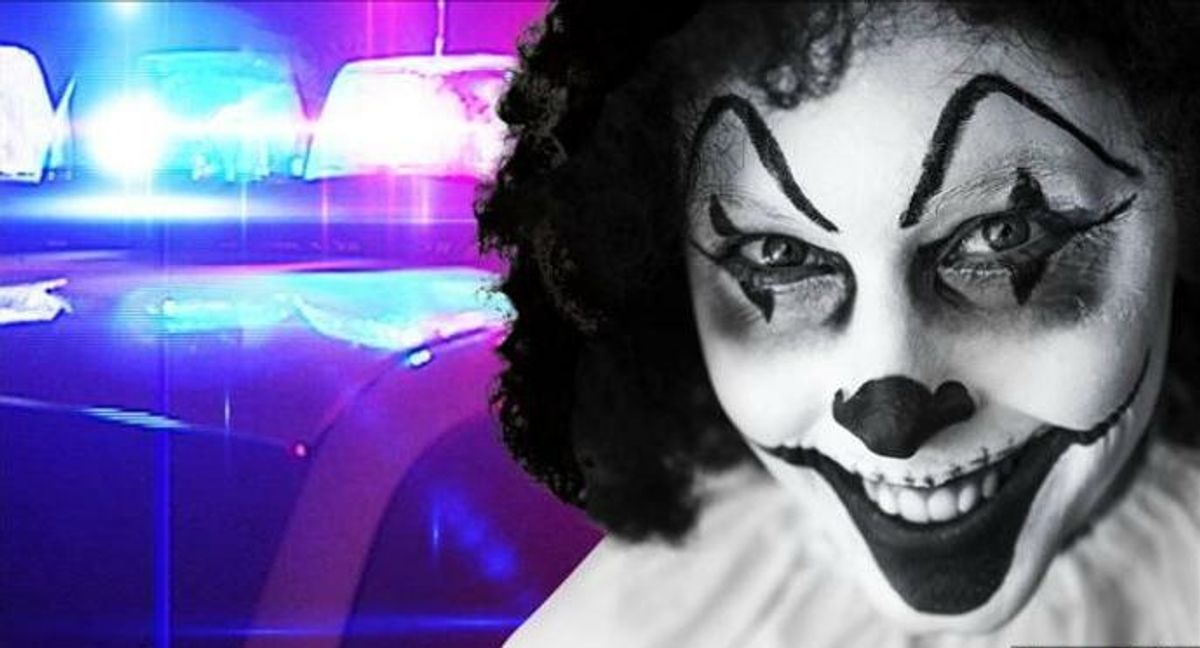 Claim:
A "killer clown" left a note at an elementary school threatening that "kids will die" if Halloween is not cancelled.
Rating:

In early October 2016, in the midst of a national hysteria over clown sightings in the U.S., the self-described satire news site TMZWorldNews (no relation to celebrity gossip site TMZ) posted an article reporting that a "killer clown" by the moniker of "Godking" had left a note at an elementary school threatening to "kidnap and kill students if Halloween is not cancelled this year."

As scary as that story might sound, it's important to note that the originating web site claims is a 'satire' site that generates fake news stories.

While the story is fake and meant to capitalize on what appears to be a bad national clown prank, there's no doubt that sightings of hostile-looking clowns have created a national scare. And the scares, in some cases, have had real-life consequences. Two girls from Fresno, California, aged 12 and 14, were arrested and charged with felonies after making threats involving clowns at their schools, Fresno police Lt. Joe Gomez told us. Another male high school student was arrested for making clown-related threats online.

Gomez said that as long as the incidents continue, there is a growing likelihood that someone who thinks they are playing a harmless prank could get seriously hurt. He referenced cell phone video from Modesto, California, that shows bystanders chasing down a person dressed as a scary clown at a park: Gomez said what starts as a Halloween prank may end up with some unintended consequences:

Because of all the fear, what’s gonna happen is, someone is going to do this and others who are fearful are going to use violence against this person. If you’re scaring somebody's child, it’s hard to hold that back and somebody may go too far.

Aside from someone getting hurt, Gomez noted some of these incidents, because of the fear and paranoia they have caused, have risen to the level of criminal acts:

It causes a lot of panic in the community. Most often they're a hoax, but we investigate them fully. They scare a lot of people so the police department is going to take it all the way through and investigate it.

According to local media reports, schools in a district near Cincinnati, Ohio, were closed after a woman reported being chased by a person in a clown suit.

Previous Article
Next Article
Article 18 of 33 in Collection