Is Killing a Praying Mantis Illegal?

Since praying mantises are not humans or on the endangered species list, you can kill them without legal consequence. 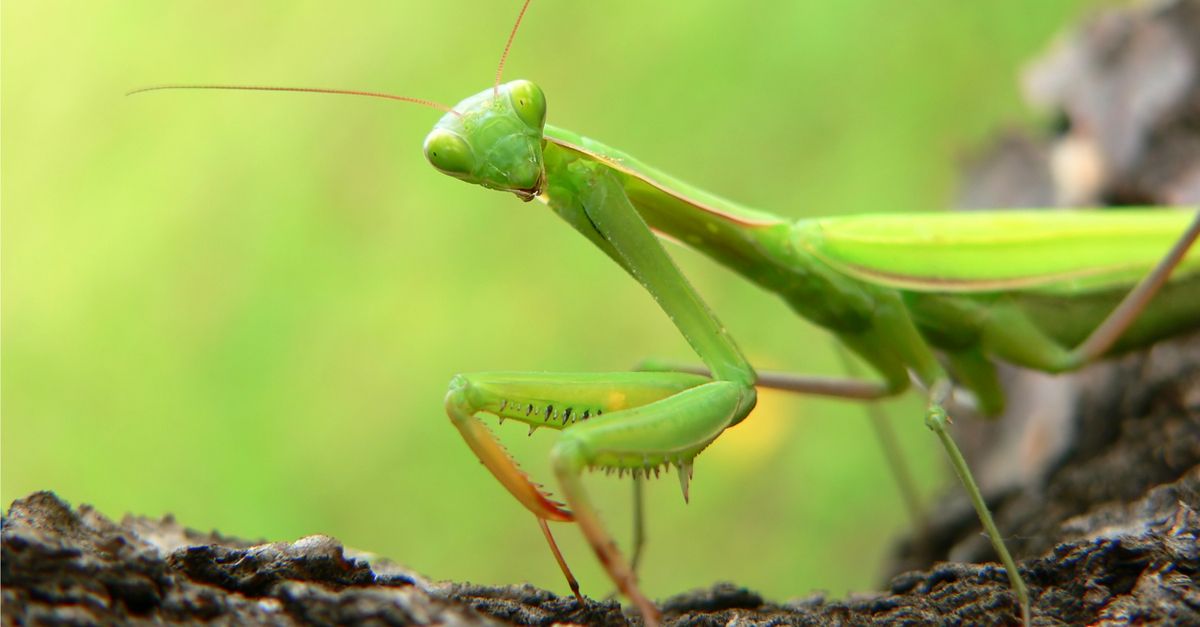 Claim:
Killing praying mantises is illegal in (parts of) the USA.
Rating:

The belief that it is illegal to kill a praying mantis (a crime carrying a $50 fine as a punishment) has been floating around since the 1950s, and we have no idea where this bit of insectoid legal apocrypha came from:

When I was growing up in New Jersey, I used to find praying mantises in our driveway and back yard every once in a while. It was illegal in NJ to kill a praying mantis, as I remember.

There is not (and never has been) any federal or state law proscribing the killing of praying mantises. They're certainly useful insects that are best left alone since they eat a lot of other bugs we consider pests, but they're hardly an endangered species. (If they were endangered, killing them would carry a fine far heftier than $50.) Maybe because they're considered beneficial insects and have such an unusual posture (they're prayin', fer gosh sake!) people literally thought it a crime to kill them.