Did KFC Honor Black History Month With This Tweet? 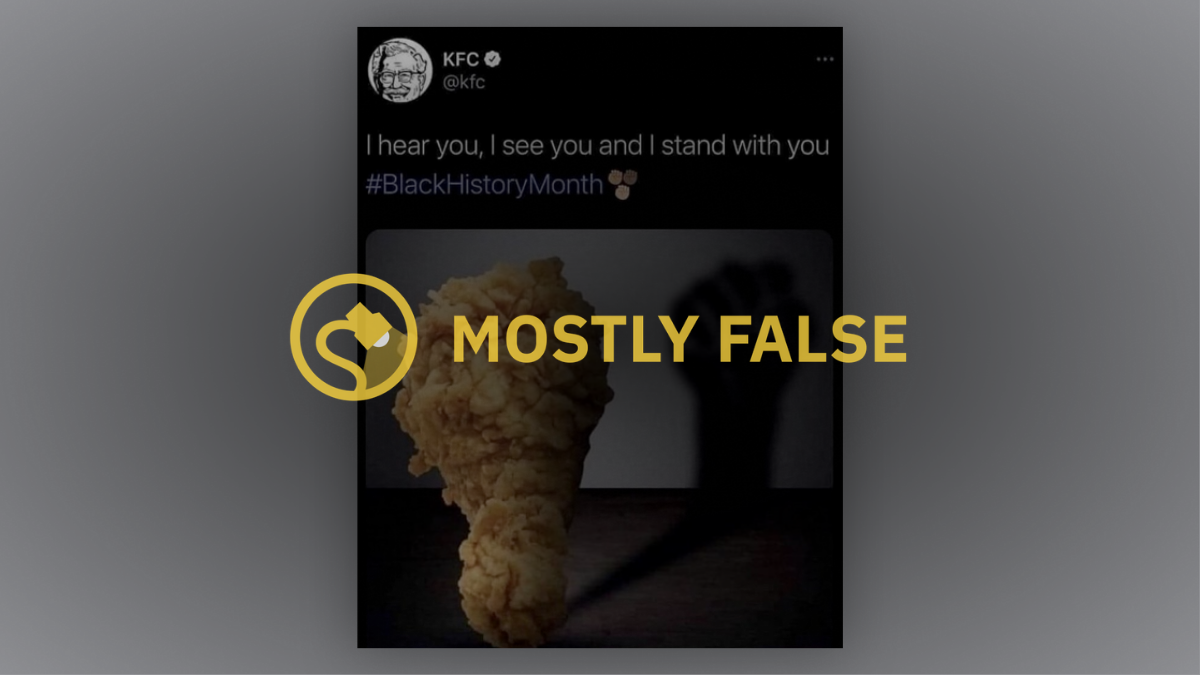 The image used in this fake tweet, which purported to have come from KFC's main corporate account, originated with a real controversy in which the Instagram account of KFC Trinidad & Tobago shared the graphic in honor of Emancipation Day, which commemorates the end of slavery in the British colonies.

In early February 2021, a purported tweet from KFC began spreading on social media. Featuring an image of fried chicken casting a shadow in the shape of a black power fist, the tweet allegedly read "I hear you, I see you and I stand with you #BlackHistoryMonth." This is a manipulated image showing something that KFC never tweeted.

However, the image does have its origins in a problematic KFC advertisement. The image was originally created to honor Emancipation Day and shared from the verified Instagram account of KFC Trinidad & Tobago. Celebrated at the beginning of August in many Caribbean nations, the holiday commemorates the legal end of slavery in the British Colonies. The ad drew widespread backlash and derision at the time, and the account later deleted the post and apologized. Because a KFC-related entity did create the fried chicken black power fist artwork in August 2020, but because the image of the viral tweet is fake, we rank the claim "Mostly False."