Was Ketanji Brown Jackson the Judge in the ‘Pizzagate’ Case?

The U.S. Supreme Court nominee reportedly had sentenced the shooter to prison in 2017. 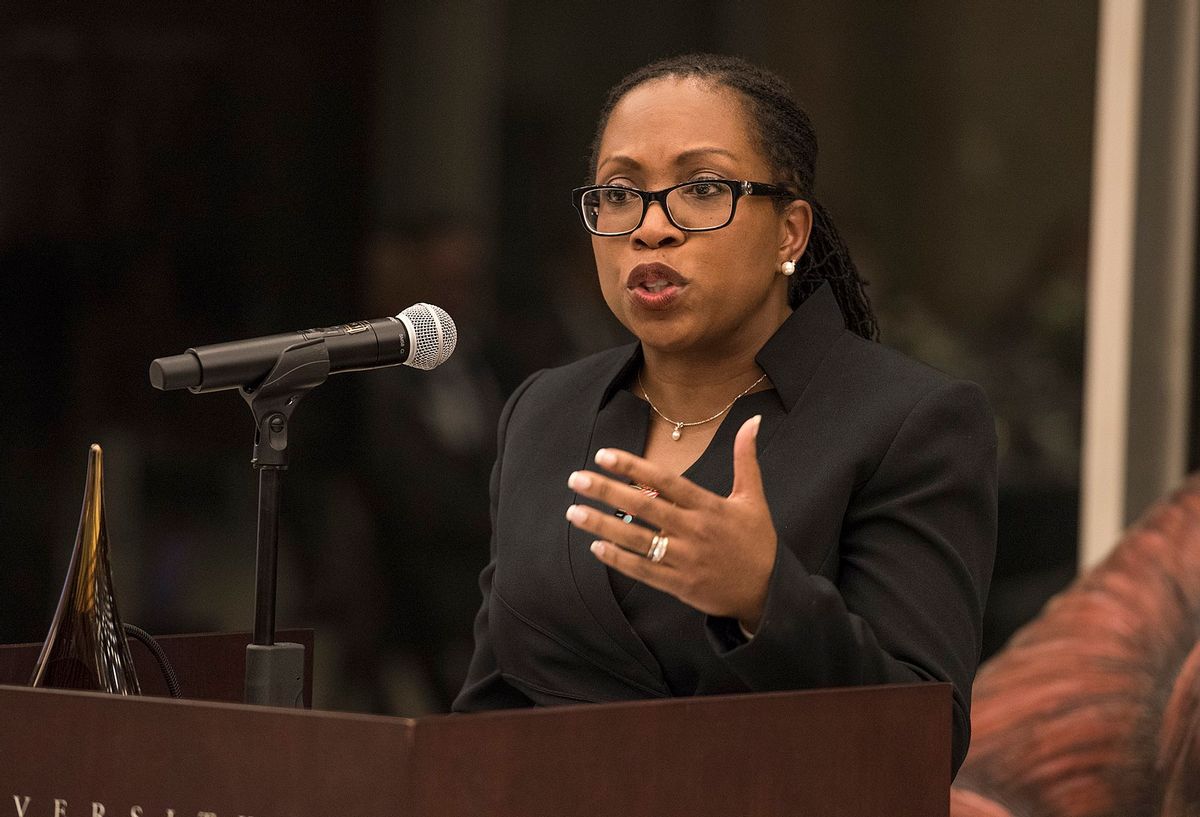 Photos of the 2020 Parsons Dinner, which honors a different distinguished African-American federal jurist each year. (Image Via Wikicago/Wikimedia Commons)

Claim:
Judge Ketanji Brown Jackson, who underwent Senate-confirmation hearings as a nominee for the U.S. Supreme Court in March 2022, presided over the “Pizzagate” case, in which a shooter targeted a pizzeria in Washington, D.C., in 2016.
Rating:

Judge Ketanji Brown Jackson, nominated to the U.S. Supreme Court, presided over the controversial “Pizzagate” case in 2017. Since her Senate confirmation hearings in late March 2022, many online have been unearthing her past decisions to scrutinize her career.

“Pizzagate” was a bizarre conspiracy theory that arose in 2016. It claimed Hillary Clinton and her former campaign chairman, John Podesta, ran a child sex ring in the basement of the Comet Ping Pong pizzeria in Washington, D. C. The theory grew on social media, promoted by Trump supporters and white supremacists, and resulted in a man walking into Comet Ping Pong with a rifle and firing numerous shots in December 2016.

No one was injured or killed, but Edgar Maddison Welch, the shooter, pleaded guilty in March 2017 to federal charges of assault with a dangerous weapon and transporting a firearm over state lines.

U.S. District Judge Jackson was presiding over the case at the time, and said that Welch’s actions had "literally left psychological wreckage.” She declared that “the extent of the recklessness in this case is breathtaking.” He was sentenced to four years in prison.

During Jackson’s confirmation hearings, Republicans drew attention to her past sentencing of sex offenders who distributed images of child sex abuse, repeatedly implying that she had been too lenient. Critics argued that the Republicans’ line of questioning was playing into online conspiracy theory chatter, not too far removed from the chatter that fueled “Pizzagate.” The White House even referred to this as "embarrassing QAnon-signaling smear."

Since then, Jackson has been mentioned more frequently in fringe online groups that frequently discuss such conspiracy theories.