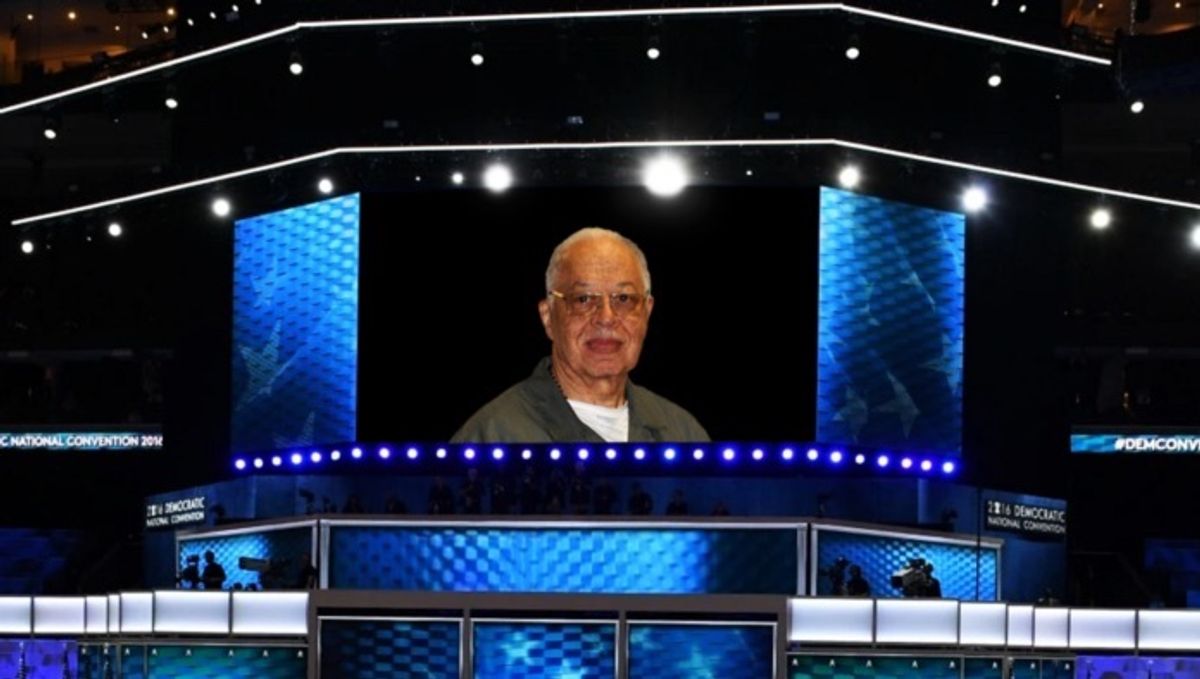 On 28 July 2016, the fake news site Babylon Bee published an article claiming Kermit Gosnell (currently in prison for life) was a surprise speaker at the Democratic National Convention (DNC):

Rumors had been floating around the 2016 Democratic National Convention all week about a “special surprise speaker” set to address the crowd on its final day. That speaker turned out to be Kermit Gosnell, infamous abortion provider and barbaric serial killer of born-alive infants, who was beamed in to speak Thursday from the Huntingdon prison where he is currently serving life without the possibility of parole.

After being introduced as “champion of women’s rights, martyr for the greater cause, and fearless liberator, Dr. Kermit Gosnell,” the audience erupted into a frenzied applause which lasted more than ten minutes. Planned Parenthood CEO Cecile Richards, who was in attendance, became overcome with emotion and fainted, according to reports from the convention.

Once the cheers and cries of “Free Kermit! Free Kermit!” died down, the horrific mass murderer addressed the people from the dark prison room where, after Barack Obama reportedly “pulled some strings with officials,” he was allowed the opportunity to give the speech.

Gosnell, tried and convicted in 2013 on three counts of first-degree murder and related charges, was not a speaker at the event due to the fact that he remained incarcerated. Prominent abortion opponent Jill Stanek boosted the fallacious claim: Readers who bothered to click through and scroll down to the bottom of the article would have noted the disclaimer displayed on every page of the Babylon Bee: