Did Kenosha Leaders Require Police Body Cams, Then Fail To Buy Them?

None of the responding officers wore body cameras at the scene where Jacob Blake was shot multiple times by police in August 2020. 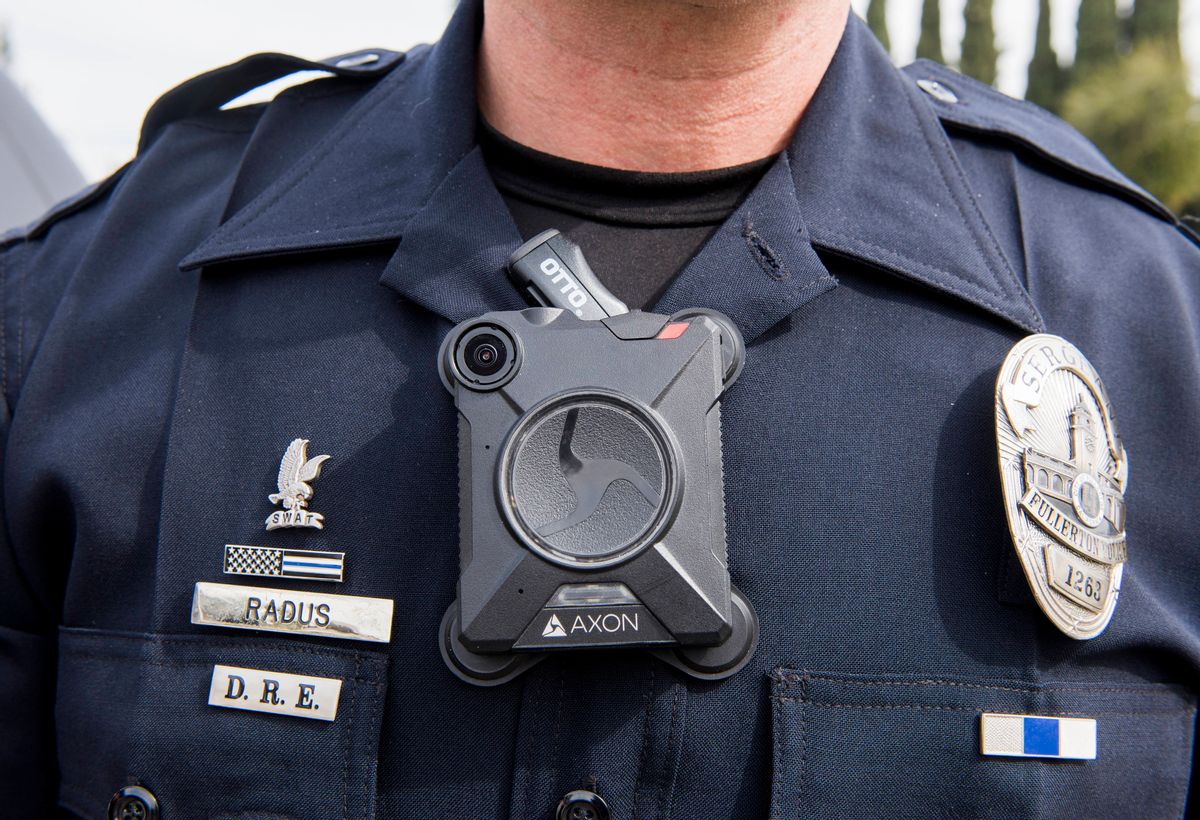 Claim:
Before the police shooting of Jacob Blake in August 2020, city leaders in Kenosha, Wisconsin, passed a city law "requiring" all officers to wear body cameras but did not buy the devices.
Rating:

The Kenosha Common Council unanimously approved a resolution in early 2017 that endorsed the use of body cameras in policing, and the legislative body had not purchased the devices as of this report.

The 2017 measure was not a city ordinance nor an enforceable policy requiring Kenosha officers to wear the devices. It was primarily a symbolic gesture to urge state leaders to establish a regulatory framework for the devices.

On Aug. 23, 2020, bystanders' cellphone videos captured a white police officer in Kenosha, Wisconsin, shooting a Black man, Jacob Blake, multiple times as he opened the door to his vehicle. The footage went viral on social media and sparked deadly protests in the lakeside city over racism in American policing.

One video, which a neighbor recorded from a second-story apartment nearby, showed Blake, 29, trying to get into his SUV from the driver-side door as a police officer pointed a gun at him, grabbed him by his shirt and then fired several times — shooting Blake in the back. Another clip documented the scene from the ground level, as children and other witnesses watched from a yard. The officer who fired his weapon was identified as Rusten Sheskey, according to Wisconsin's attorney general.

The day after the shooting, which left Blake paralyzed from the waist down as of this writing, advocates for police reform argued that if those witnesses had not taken out their phones, the public would not have known about the officers' use of potentially-lethal force. It was unclear whether dashboard cameras on squad cars captured the incident, and Kenosha officers do not wear body cameras — leading tools for holding officers accountable for their actions.

Civil rights attorney Ben Crump, who is representing Blake's family, as well as other high-profile cases alleging wrongful use of force by police against Black Americans, including the relatives of George Floyd, tweeted:

We considered his underlying claim to be this: Kenosha city leaders approved an "ordinance" in 2017 that "required" all of Kenosha's roughly 200 police officers to wear body cameras, but, despite that active policy, the city had not purchased the technology as of August 2020. Additionally, the lawyer alleged the city was planning to buy the devices in 2022.

First, to find any evidence of a 2017 policy that would make body cameras mandatory for all officers, Snopes combed through meeting agendas and minutes for the Kenosha Common Council — the city's 17-member group with the authority to write legislation for the city of roughly 100,000 people between Milwaukee and Chicago.

We found an archived video of a council committee meeting on Feb. 27, 2017, where former Alderperson Kevin Mathewson asked the group to approve a formal request for the mayor to set aside city funding in the following year's budget to outfit officers with body cameras.

"The city, unfortunately, has been a little slow to implement much technology," he said in his testimony. "If we can help document incidents better, and give the [district attorney] tools to make quicker convictions with less resources, we can save cops from violence ... I think it's a great thing."

Roughly one month later, on March 20, 2017, the council unanimously approved the below-displayed resolution — not an ordinance and not Mathewson's budget proposal — that formalized city leaders' support for the devices. But that move was largely a statement to urge state legislators and then-Gov. Scott Walker to establish guidelines for how local police departments store and release the cameras' data, not an enforceable policy to make the devices mandatory for Kenosha officers. In other words, it was true to state Kenosha city leaders expressed support for equipping police officers with body cameras in 2017, but they did not mandate the technology. Rather, its adoption hinged on if or when the state passed an all-encompassing law governing the devices, per the resolution. (In February 2020, Gov. Tony Evers passed a law outlining body camera regulations for police agencies.)

A note on semantics here: According to the city of Kenosha's Code of General Ordinances, the council adopts both ordinances and resolutions with its legislative authority, though the latter are temporary in nature and often used for establishing fees and permits, while the former are municipal laws. Calling the March 2017 measure about body cameras an ordinance, like the claim alleged, was incorrect; it did not create an enforceable policy.

Next, we searched for any proof to confirm or deny another aspect of the claim: that the city had not purchased the devices as of August 2020.

We learned that was true. A February 2020 story by Kenosha News said neither the city police department nor the Kenosha county Sheriff's Department used body-worn cameras. And the day after Blake's shooting, on Aug. 24, Kenosha Mayor John Antaramian confirmed to reporters that the city had not yet purchased the technology but had plans to do so.

Lastly, we looked for documentation of those efforts that would tell us if the city was indeed preparing to spend the money in 2022 and then deploy the cameras after that.

For that step, Snopes reviewed the city's 2020 operating budget, which included a four-year plan for spending on police department projects. That 445-page document included the below-displayed table and confirmed that the city was indeed preparing to spend $200,000 on police body cameras in 2022. Rocco LaMacchia, chairman of the council’s public safety committee, told The Associated Press the city initially planned to buy the devices in 2020, but funding shortfalls and technological concerns prompted the city to delay the purchase for two years. “We have moved it back so many times,” he said in the Aug. 25, 2020, story. “I got a feeling this is going to move up on the ladder really fast because of what’s going on around the United States right now."

In sum, we rate this claim a "Mixture" of truth and falsehood. It was accurate to claim Kenosha leaders unanimously endorsed the use of body cameras in 2017, though it was false to say they created an enforceable policy, or an ordinance, to require all police officers to wear the devices. Additionally, it was true to assert the city had not bought the devices as of August 2020 and was planning to make the purchase in 2022.

Jones, Meg and Joe Taschler.  "Less Than 3 Minutes Passed Between When Kenosha Police Arrived And When Jacob Blake Was Shot, According To Dispatch Audio."     Milwaukee Journal Sentinel.  25 August 2020.