Did Kennedy, Nixon Have a Virtual Debate in 1960?

Being in the same room is not mandatory to have a meaningful discussion of the issues. 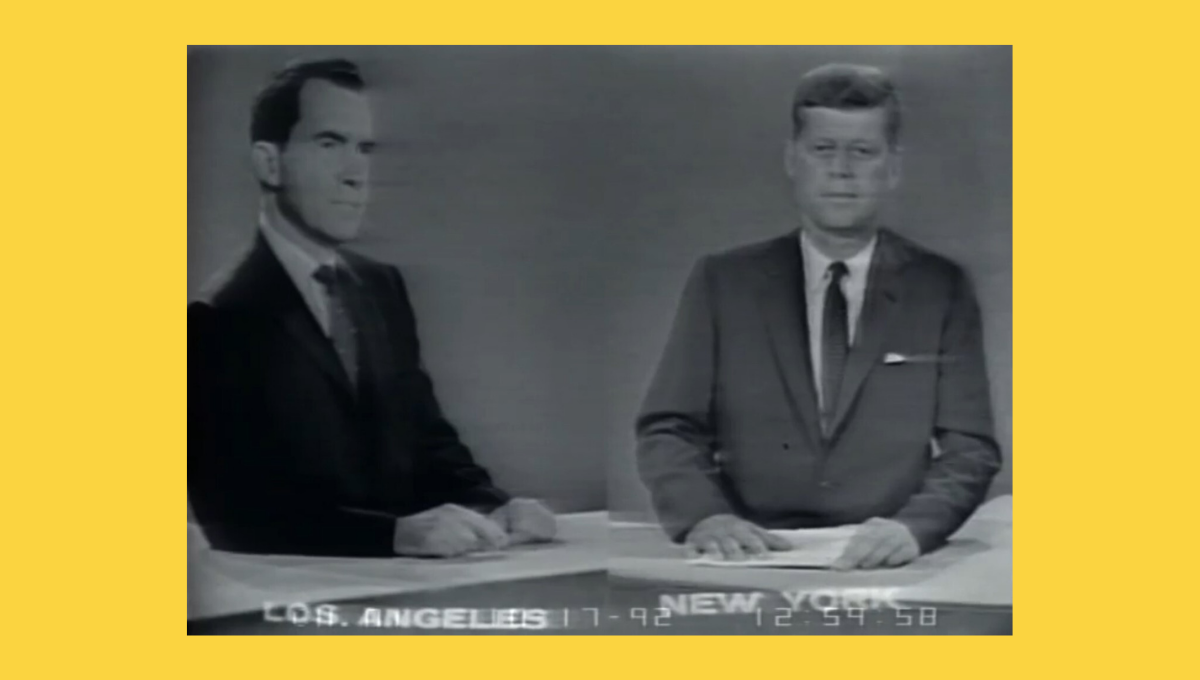 On Oct. 8, 2020, shortly after U.S. President Donald Trump and more than two dozen White House officials and staff members tested positive for COVID-19, the Commission on Presidential Debates (CPD) announced that the second presidential debate between Trump and Democratic candidate Joe Biden would be moved to a virtual forum. The decision, the CPD said, was made "in order to protect the health and safety of all involved."

Trump called into Fox Business after the CPD's announcement and told host Maria Bartiromo, "I'm not going to waste my time doing a virtual debate." The Trump campaign's refusal to participate in a virtual debate prompted some social media users to post messages about the validity of remote debates. Turning Point USA's Benny Johnson, for instance, claimed, "There has NEVER been a VIRTUAL presidential Debate in American history." Others posted messages claiming that presidential candidates John F. Kennedy and Richard Nixon participated in a virtual debate in 1960. 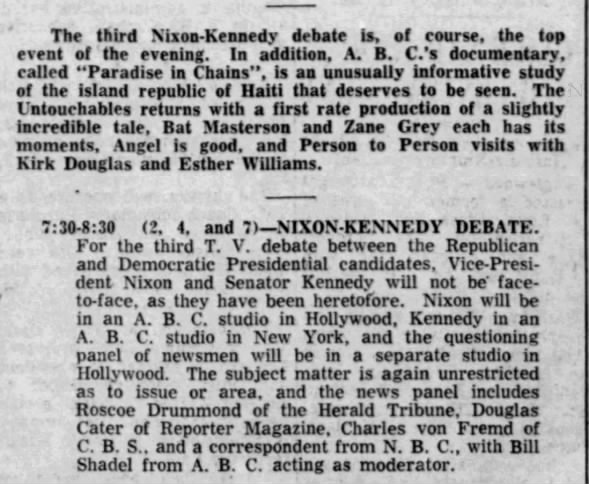 When ABC News anchor Bill Shadel introduced the two candidates at the start of this debate, he said:

Good evening. I’m Bill Shadel of ABC News. It’s my privilege this evening to preside at this the third in the series of meetings on radio and television of the two major presidential candidates. Now like the last meeting the subjects to be discussed will be suggested by questions from a panel of correspondents. Unlike the first two programs, however, the two candidates will not be sharing the same platform. In New York the Democratic presidential nominee, Senator John F. Kennedy; separated by three thousand miles in a Los Angeles studio, the Republican presidential nominee, Vice President Richard M. Nixon; now joined for tonight’s discussion by a network of electronic facilities which permits each candidate to see and hear the other. Good evening, Senator Kennedy.