Did Kellyanne Conway Try to Require NBA Champions to Visit the White House?

A "news/satire hybrid platform" fabricated an angry statement by Conway about the Golden State Warriors. 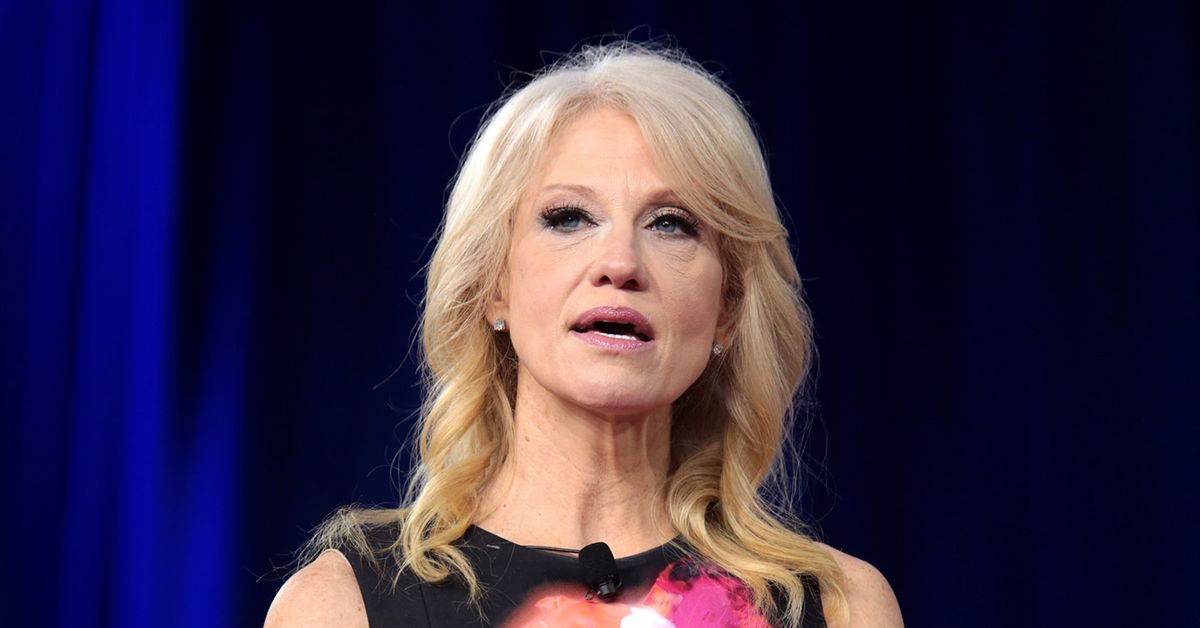 Claim:
Kellyanne Conway said she would 'make sure' that the Golden State Warriors were required to visit the White House after winning the NBA title.
Rating:

In June 2017, in the wake of allegations that California basketball team the Golden State Warriors refused to visit the White House after winning the NBA championship, a story appeared to show an angry response from White House advisor Kellyanne Conway.

According to USPOLN.com, Conway told "WYSP radio" that the Warriors' decision not to meet with President Donald Trump was "a disrespectful act," and one that carries legal implications:

One could almost say it’s a rule. As a matter of fact, you know something? I’m just going to go out there and say it: it’s a law. And though I know it’s not really a law, I’m going to make sure to make it one. Because, it’s not about who the president is; the guy’s in there only temporarily. It’s about the structure, the space, the history within it and, ultimately, the honor of being inside a place where so many decisions took place; decisions that shaped the world as we know it. Ugh, I’m getting goosebumps just thinking about it. I can’t even begin to describe how I felt when I visited it for the first time. The Warriors don’t realize it yet, but they’re looking at this all wrong. That’s exactly why I plan to do everything in my power to make sure Golden State is prohibited from winning the championship, formally speaking, unless they agree to come and celebrate in the White House.

The interview is completely fictional. The radio station does not exist, and Conway has not commented on the matter. USPOLN.com contains this disclaimer:

USPOLN may include information from sources that may or may not be reliable and facts that don’t necessarily exist. These Articles should be considered satirical and any and all quotes attributed to actual people complete and total baloney.

For their part, the Warriors said in a statement that they had not been invited to partake in the traditional (and not required) White House ceremony. Head coach Steve Kerr — who has called Trump a "blowhard" — reiterated that statement in a 21 June 2017 interview with an actual podcast host, journalist Tim Kawakami:

The biggest thing for me is it’s about the players. This is a visit that’s about the team. We have not met about it because we haven’t been invited.

But I would want to make sure the players gave this really a lot of thought. Everybody knows I’ve been a very outspoken critic of Trump’s and as a result maybe we won’t get the invitation.

I do think it is very important to consider a potential invitation because I think it could have really positive ramifications if we did go. And it’s a different way to look at it.

While Kerr has not ruled out turning down a potential invitation, star guard Stephen Curry has said that he would do so. A petition circulating online urging them to do the same has amassed more than 51,000 signatures.

CredoAction.   "No Warriors at The White House: Golden State Must Reject Trump’s Hate."