Arizona's superintendent of public instruction was the target of several disparaging claims made in a viral Facebook post. 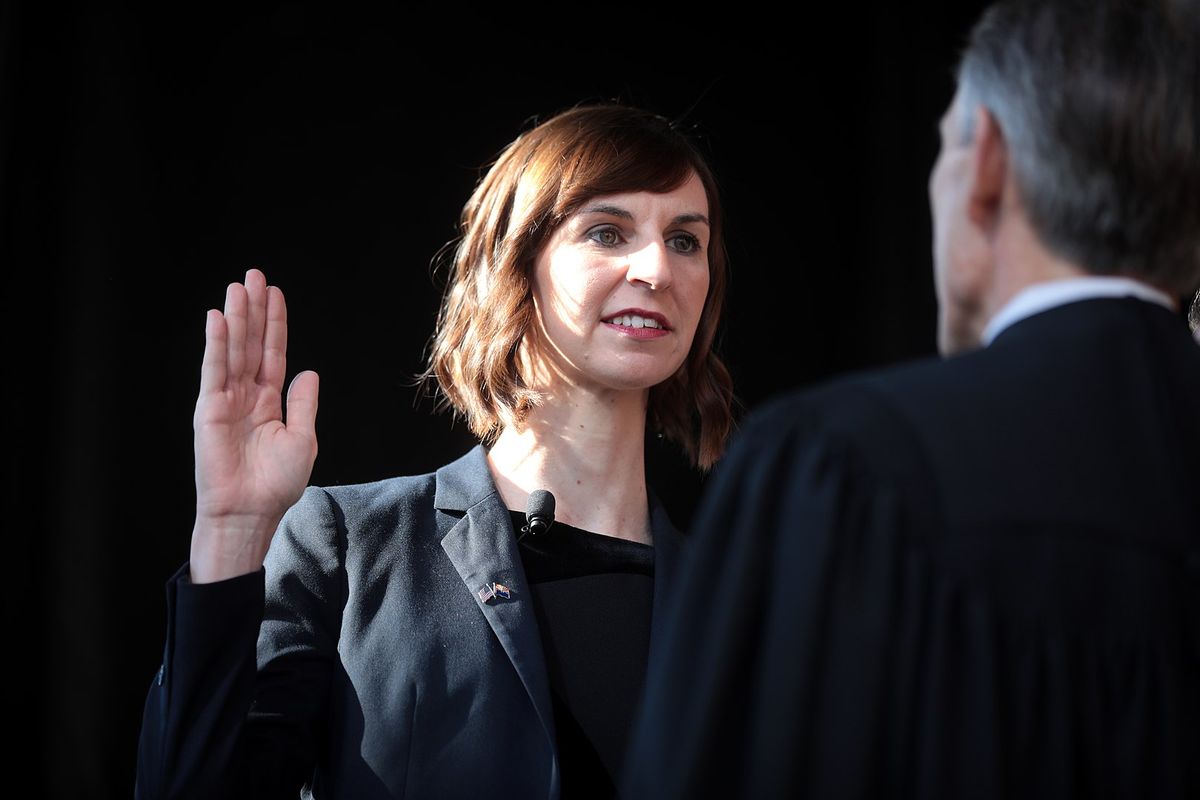 This meme claims that Hoffman was sworn in on a Dr. Seuss book because she "hates the Bible so much." This claim is inaccurate, unfounded, and is based on the false assumption that lawmakers are legally required to be sworn in on a Bible.

Although many public servants have chosen to swear their oaths of office on a Bible, this is in no way a legal requirement. In fact, people have been sworn into office using copies of the U.S. Constitution (in at least one case a digital copy), law books, various religious texts, and without any book at all. It's also worth nothing that the U.S. Constitution states that, "No religious test shall ever be required as a qualification to any office or public trust under the United States."

Hoffman chose to be sworn in on a copy of "Too Many Moose!", a children's book authored by Lisa M. Bakos, not Dr. Seuss. Hoffman said, "This has a lot of sentimental value to me because this is my students favorite book, this was [what] my students always wanted to read from."

Hoffman did not say that she chose this book because she "hates" the Bible.

This claim is based on a proposal crafted by Arizona State Sen. Martin Quezada, which Hoffman brought to to the State Board of Education in June 2019.  The proposal sought changes to some of the language in Arizona's sex education policies. The proposal would have replaced language prohibiting the "teaching of abnormal, deviate, or unusual sexual acts and practices" with a statement saying that sexual education material should be "medically accurate."  The Associated Press reported that the proposal would have also allowed schools to teach sex education to boys and girls at the same time.

All of the proposed changes can be seen here. The most relevant portions are shown below: