Did a Kiss Cam Show Model Katherine Webb with a Young Boy?

Baseless innuendo is great for clicks. 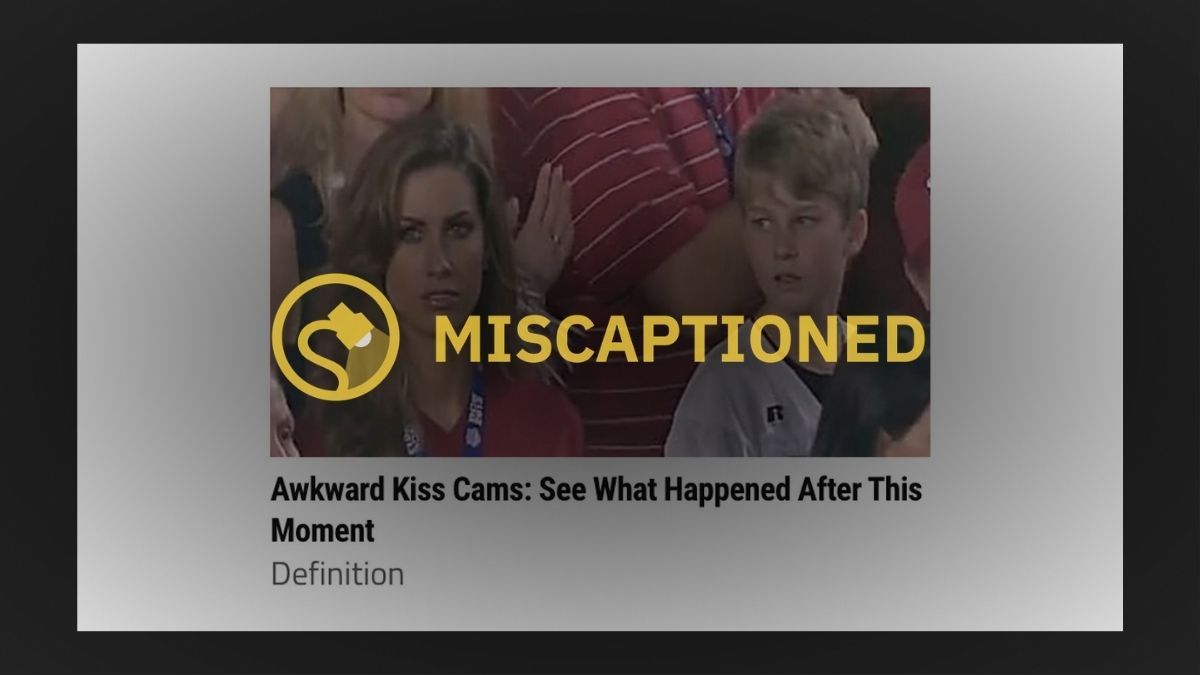 Claim:
Images from a "kiss cam" suggest an awkward moment between model Katherine Webb and a young boy.
Rating:

The photo shows model Katherine Webb sitting next to a child at a sporting event. The caption reads "Awkward Kiss Cams: See What Happened After This Moment." This piece of advertising clickbait has been served across the web: The link goes to a 25-page, ad-infested slideshow that does not include any entry about Katherine Webb or make rany eference to the photo above. That's probably because the picture has nothing to do with a "kiss cam."

The photo shown in the ad represents a briefly notable moment that has nothing to do with the child in the picture. The photo roughly captures the time when ESPN announcer Brent Musburger was criticized for spending an excessive amount of time describing Webb's physical appearance when introducing her as McCarron's girlfriend.

The introduction of a "kiss cam" in the slideshow's headline is baseless innuendo designed to drive clicks to a page littered with advertisements. As such, the implication presented in the ad is false.