Many have assumed it was Rove who made the comment during the George W. Bush administration. 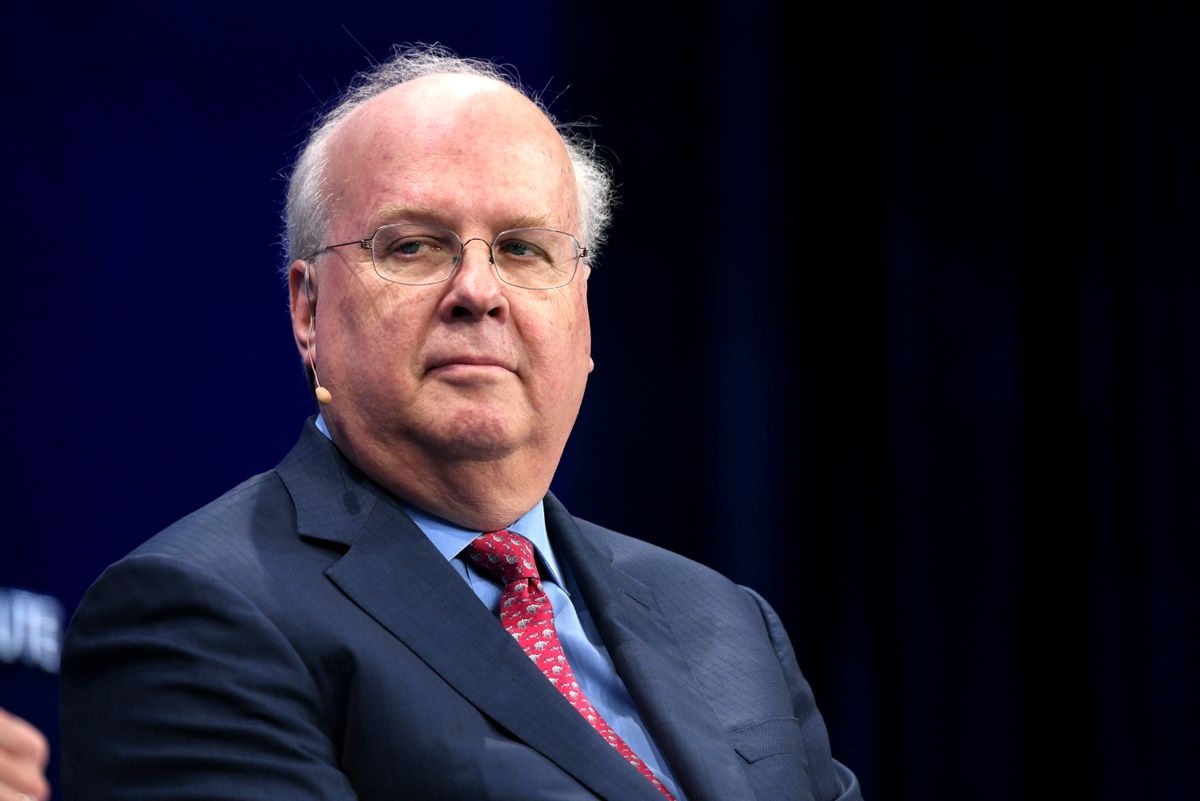 In October 2004, journalist Ron Suskind wrote a first-person article for The New York Times about the presidency of 43rd U.S. President George W. Bush, in which he included a grandiose quote from someone described only as a "senior adviser to Bush."

Many have assumed the comment was made by Bush political adviser Karl Rove, though there isn't any publicly available evidence to that effect. Here is what Suskind wrote:

The aide said that guys like me were "in what we call the reality-based community," which he defined as people who "believe that solutions emerge from your judicious study of discernible reality." I nodded and murmured something about enlightenment principles and empiricism. He cut me off. "That's not the way the world really works anymore," he continued. "We're an empire now, and when we act, we create our own reality. And while you're studying that reality -- judiciously, as you will -- we'll act again, creating other new realities, which you can study too, and that's how things will sort out. We're history's actors . . . and you, all of you, will be left to just study what we do."

The quote starting with "We're an empire now" became rather famous among political observers and elites, and has been viewed as something of a historical bellwether for the current state of American politics sometimes described as "post truth." Examples of consequences for operating on "post truth" in politics include the Iraq War and the Jan. 6, 2021, attack on the U.S. Capitol.

Many assume the comment was made by Rove. For example, in 2017, journalist Kurt Andersen wrote in The Atlantic about the importance of the quote:

I first noticed our national lurch toward fantasy in 2004, after President George W. Bush’s political mastermind, Karl Rove, came up with the remarkable phrase reality-based community. People in “the reality-based community,” he told a reporter, “believe that solutions emerge from your judicious study of discernible reality … That’s not the way the world really works anymore.” A year later, The Colbert Report went on the air. In the first few minutes of the first episode, Stephen Colbert, playing his right-wing-populist commentator character, performed a feature called “The Word.” His first selection: truthiness. “Now, I’m sure some of the ‘word police,’ the ‘wordinistas’ over at Webster’s, are gonna say, ‘Hey, that’s not a word!’ Well, anybody who knows me knows that I’m no fan of dictionaries or reference books. They’re elitist. Constantly telling us what is or isn’t true. Or what did or didn’t happen. Who’s Britannica to tell me the Panama Canal was finished in 1914? If I wanna say it happened in 1941, that’s my right. I don’t trust books—they’re all fact, no heart … Face it, folks, we are a divided nation … divided between those who think with their head and those who know with their heart … Because that’s where the truth comes from, ladies and gentlemen—the gut.”

The quote garnered renewed attention in 2017 when the Ohio-based rock band The National included it in the song "Walk It Back."

In 2017, after the release of the song, Newsweek Magazine contacted both Suskind and Rove about the song and the quote.

Rove denied he said it, calling the comment "weird," while Suskind, still operating under the agreement he made with the source in 2004, declined to identify who said it:

"Not familiar with the band and the quote is fictitious," Rove wrote. "The only person in the room who supposedly heard this quote was the 'reporter'—none of the other people in the room heard anything like it, including its supposed author (me)." (When I repeated this to Suskind, he confirmed the validity of the quote but clarified that he's never identified Rove as the speaker. He won't say either way; the conversation was meant to be not for attribution, and that agreement still stands.)

Rove also told Newsweek he didn't think much of The National's song, suspecting it "won't make Casey Kasem's Top 40." There was no love lost between the band and Rove.

For the record, here's the song in question:

Schonfeld, Zach. “We Made Karl Rove Listen to The National, and He Wasn’t Impressed.” Newsweek, 8 Sept. 2017, https://www.newsweek.com/national-sleep-well-beast-karl-rove-662307.