Did Soccer Star Karim Benzema Say 'If I Score, I'm French, If I Don't, I'm Arab'?

An old quote attributed to the Real Madrid striker, who is of Algerian descent, gained prominence in late 2020 and early 2021, as France debated a crackdown on "religious separatism." 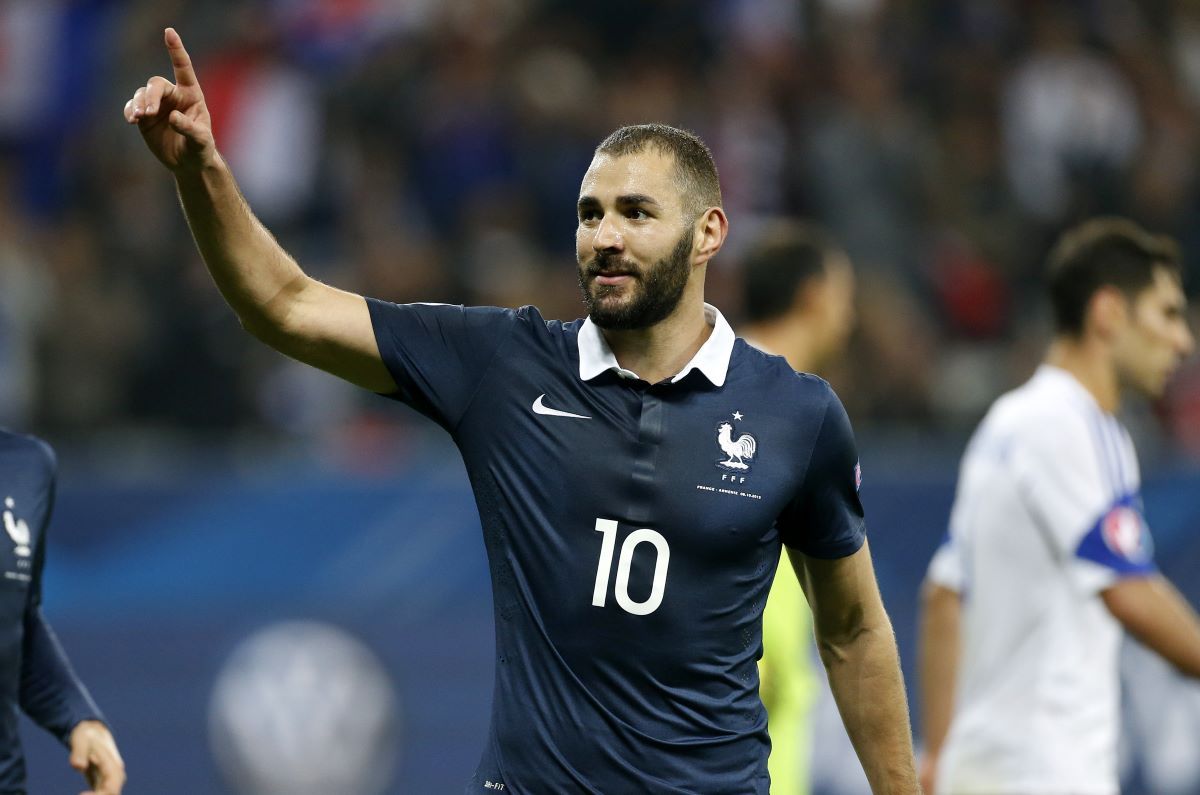 Claim:
Soccer star Karim Benzema once said "If I score, I'm French, if I don't, I'm Arab," or words to that effect.
Rating:

In late 2020 and early 2021, an old quotation attributed to the French soccer star Karim Benzema — "If I score, I'm French, if I don't, I'm Arab" — saw a resurgence in social media sharing, as lawmakers once again grappled with complex and long-standing tensions between France's secular traditions and the rights and freedoms of Muslim communities in the country.

Those remarks were authentic, and made by Benzema in 2011, so we are thus issuing a rating of "Correct Attribution." In order to understand their context, and the context in which the quotation has become popular again, some background is required.

The context behind the Benzema quote

In October 2020, President Emmanuel Macron outlined his intention to introduce a law to combat what he described as religious "separatism" and to crack down on "radical Islamism" in local communities throughout France.

In February 2021, the National Assembly (roughly equivalent to the House of Representatives) passed "anti-separatist" legislation which, although it did not explicitly mention Islam, cracked down on practices widely associated with the religion. For example, the bill bars doctors from completing so-called "virginity checks" on would-be brides, prohibits forced marriages, cracks down on informal and unregulated religious home-schooling, and introduces strict financial reporting requirements for religious organizations funded from outside France.

One section introduces specific criminal penalties for the offense of publishing private details about another individual, with the aim of exposing that person to harm or injury. It was named the "Paty Law," in memory of school teacher Samuel Paty, who was beheaded near Paris in October 2020, after he showed his students depictions of Muhammed as part of a class on freedom of expression, and later became the subject of threatening social media messages. At time of publication, the legislation was being debated in the French Senate.

The bill has proven controversial, and many representatives of France's Muslim communities, as well as some left-wing politicians, have criticized the legislation as unfairly targeting and marginalizing Muslims and Islam. France has a long history of tensions and disputes centered around "laïcité" — a concept that can be difficult to neatly define but has significant force in French public discourse and refers to the country's tradition of relatively strict secularism and the removal of religious faith from public life.

In parallel with this philosophical conflict, France has experienced difficulties surrounding the integration into mainstream society of Muslim communities, largely composed of second- and third-generation immigrants from North Africa — a legacy of French colonialism during the 19th- and early-20th centuries.

Many of these tensions over immigration and assimilation have been projected on to France's men's national soccer team, which has brought remarkable success to the country over the past two decades, winning the World Cup in 1998 and 2018, and the European Championships in 2000, as well as hosting each tournament once during that period.

Of the 14 French players who took part in the 2018 final against Croatia, seven were of African heritage, and that victory prompted celebrations that optimistically highlighted the multi-ethnic, multi-racial composition of the team. Likewise, after France's 1998 World Cup triumph, President Jacques Chirac declared that "This tricolour and multi-colour team has given a beautiful image of France and its humanity."

However, racial and ethnic differences among the players, and among soccer fans in France, have been brought to the fore during more difficult episodes in the team's history, such as their ignominious early exits from the World Cup in 2002 and 2010, and in 2001, when a non-competitive but highly symbolic game against Algeria had to be abandoned due to a pitch invasion by fans supporting Algeria.

That sense — that France celebrates immigrants in times of victory, but turns against them at difficult moments — was encapsulated in a quotation attributed to Benzema, a 33-year-old star striker for Spanish club Real Madrid, a practicing Muslim and a second-generation immigrant born in Lyon to parents of Algerian descent.

The quote — "If I Score, I'm French, If I Don't, I'm Arab" — was shared widely in October 2020, as debate over the proposed anti-separatist law began. U.S. Rep. Rashida Tlaib, a Democrat from Michigan who was born in Detroit to Palestinian immigrant parents, shared the quotation on Twitter, adding "I know the feeling": It became popular on social media once more in early 2021, as the legislation passed through the National Assembly. The quotation is authentic and accurate, and as such, we are issuing a rating of "Correct Attribution."

Benzema made the remarks during an interview with the French soccer magazine So Foot, which was published in November 2011. Our efforts to obtain a copy of that edition of the magazine were unsuccessful, but other evidence provides definitive proof of their authenticity.

At the time, the quotation was reported by the popular French news website 20minutes.fr, as well as AtlasInfo.fr, a Paris-based news website with a focus on issues of interest to readers of North African heritage, and Oumma.com, a French website aimed at Muslim readers in France. Twitter users also posted the quotation and attributed it to So Foot, in November 2011.

According to 20minutes.fr, Benzema lamented what he characterized as poor support from French football fans for the national team, telling So Foot: "It's been 14 or 15 games since we lost, and yet even at the Stade de France [near Paris], you get the feeling that you're playing away from home. There's no atmosphere."

The authenticity of that quotation was further corroborated in 2017, when So Foot itself included a very slightly different version of the remarks in a collection of notable quotations by soccer players: "En gros, si je marque, je suis français, et si je ne marque pas, je suis arabe" ("Basically, if I score, I'm French, and if I don't score, I'm an Arab.")