Did Kanye West Get 40K Votes in Kentucky for US President? 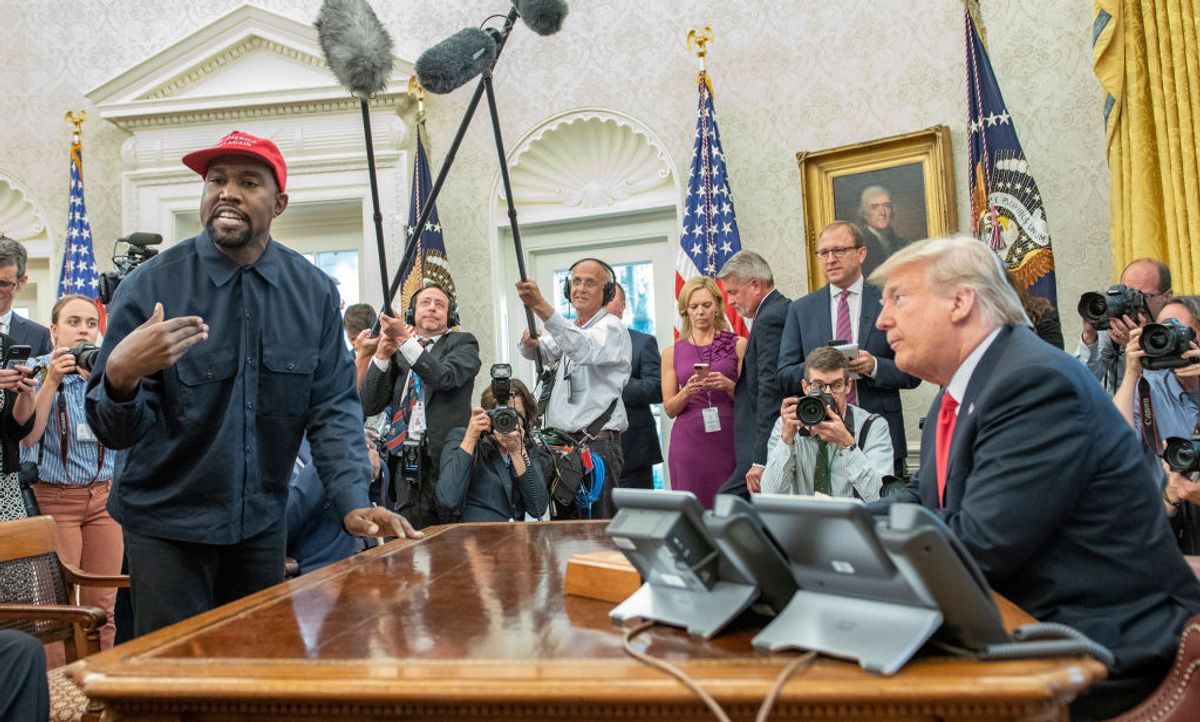 Claim:
A news channel reported in October 2020 that musician Kanye West had received 40,000 votes in Kentucky for U.S. president.
Rating:

In October 2020, an image supposedly showing a screenshot from a news broadcast in which it was reported that musician Kanye West had received 40,000 votes in Kentucky for president of the United States was widely circulated on social media. West, himself, shared the image on Twitter:

This image does not show genuine election results. One dead giveaway is that it states it shows "100% of precincts reporting," but it started circulating in October — weeks before voting was to end on Nov. 3.

The above-displayed image comes from Lex18.com, an NBC News affiliate based in Lexington, Kentucky, but it doesn't actually show any election results. This is actually a mock poll that was created as part of a test in preparation for the election.

Lex 18 attempted to clear up the confusion at the time, writing on Twitter:

West will appear on the ballot in at least 11 states as an independent candidate of the "Birthday Party." While we can't tell how many votes he will end up receiving in the presidential election, he has been polling nationally at about 2% — well below the 19% shown in the mock poll above.