Did Kanye West Receive 60K Votes for US President?

West conceded his presidential bid on Election Day, but it may not be the last time we see him on the ballot. 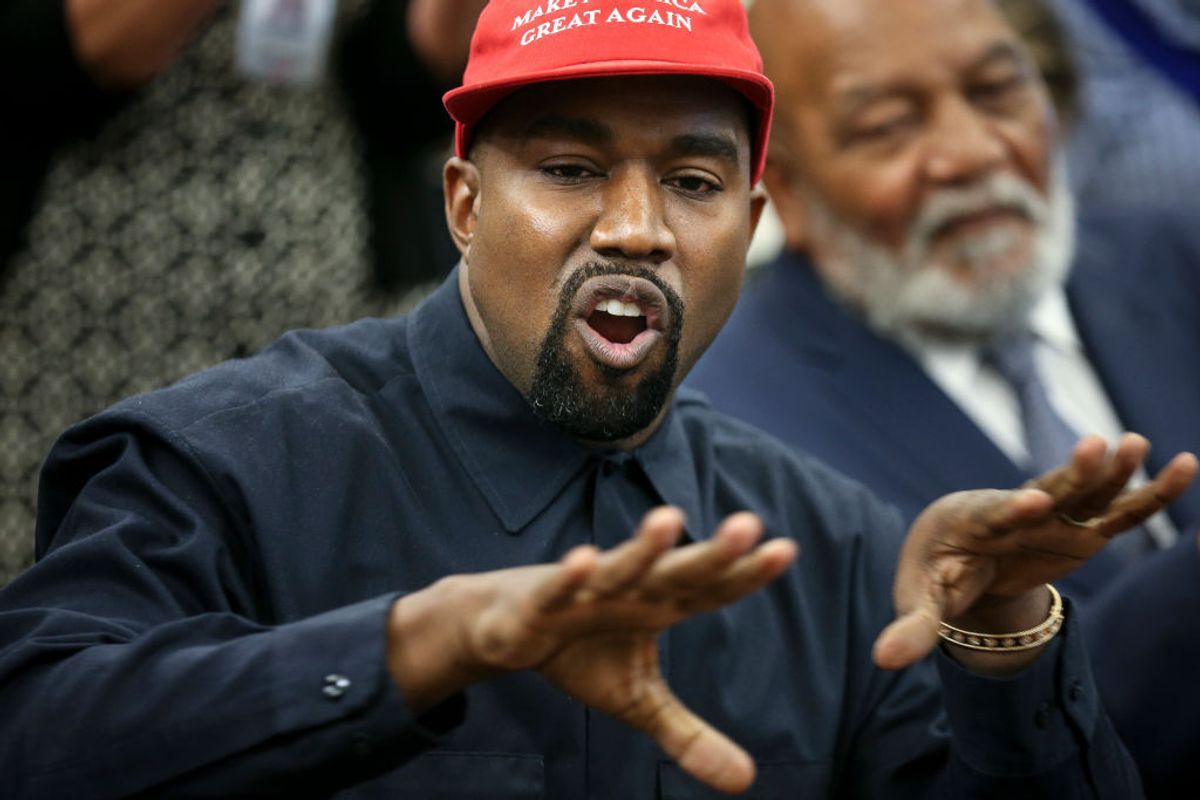 As tensions rose over election results in the days following the Nov. 3, 2020, presidential race, a number of news publications reported that rapper Kanye West had succeeded in securing at least 60,000 votes for president.

In one such case, images shared on Facebook showed screenshots taken on Election Day of live election results projected and compiled by The Associated Press in which voters in at least a dozen states had voted for West totaling tens of thousands of votes around the U.S.

This claim is true, though the vote counts had shifted slightly by the time of this writing.

As the heated 2020 presidential race continued days beyond Election Day, The Associated Press continued its real-time coverage of vote counts and calling state races. As ballots across the country were gradually counted, the news organization turned to its widespread group of affiliated local reporters in each state, also known as “stringers,” who collect the vote tallies and phone them in to vote entry clerks who then key in the data. Results are also gathered from the county and state websites, as well as electronic feeds, before appearing on the live 2020 U.S. election results page.

While U.S. President Donald Trump and his Democratic opponent Joe Biden teeter-tottered between leads in every state, a handful of other candidates appeared on a number of ballots, including billionaire West.

West announced his 2020 bid for president in a symbolic tweet shared on July 4, 2020, and subsequently filed a statement of candidacy (FEC Form 2) under the “Kanye 2020” committee with the Federal Election Commission with a registered address in Cody, Wyoming. FEC Form 2 is a declaration of intent to run that is required by candidates running for the U.S. House of Representatives, Senate, and president. An individual is required to file the form electronically or by mail within 15 days of becoming a candidate, which is determined once an individual has received contributions or made campaign-related expenditures in excess of $5,000, among other criteria.

In his bid for candidacy, West missed the filing deadline in 25 states, but did appear on a handful of ballots. Total vote counts tabulated for West by The Associated Press amounted to at least 60,000, making up about .04% of total votes cast. As of Nov. 5, total vote counts for West were:

Despite voting “for the first time” in a presidential election — casting the ballot for himself — West conceded his presidential bid, but alluded to a potential return to the ballot in 2024.

Correction [Nov.9, 2020]: A previous version of this article erroneously stated that Kanye West was on the ballot and received votes in Nevada.