The rapper and entrepreneur said that he wanted to re-appropriate the flag. 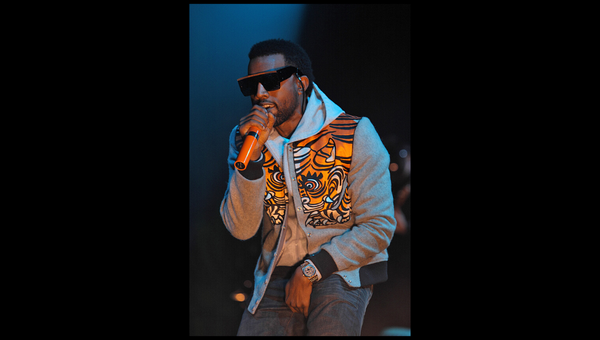 In July 2020, Kanye West took to social media to announce that he was throwing his hat into the 2020 presidential race. As people discussed what a Ye presidency would look like — or if this announcement was just a publicity stunt — a photograph supposedly showing the rapper and entrepreneur wearing a jacket with a Confederate flag patch started to circulate online: This is a genuine picture of him sporting a Confederate flag on his jacket.

This photograph was taken in 2013. At the time, West had just released "New Slaves," a song centered on racism in the United States, and had started selling memorabilia emblazoned with the Confederate flag at his shows.

The rapper thrust himself into the spotlight, yet again, with news that several pieces of merchandise from his Yeezus tour are emblazoned with the controversial Southern Cross. At his tour store in Los Angeles, a replica of the flag is affixed to the wall with red tape and adorned with the words, "I ain't coming down."

Here's a photograph of one of the pieces of merchandise featuring the Confederate flag sold at West's tour shop in Los Angeles:

While several people criticized West for peddling a piece of racist memorabilia, West defended the decision, arguing that he was attempting to take ownership of the flag.

"You know the confederate flag represented slavery, in a way, that's my abstract take on what I know about it, right. So I wrote the song ‘New Slaves.’ So I took the Confederate flag and made it my flag. It's my flag now. Now what are you going to do?”