No, Kamala Harris Did Not Tell Veterans 'Get a Job'

A meme involving Kamala Harris and the Department of Veterans Affairs originally came from a purported "satire" site. 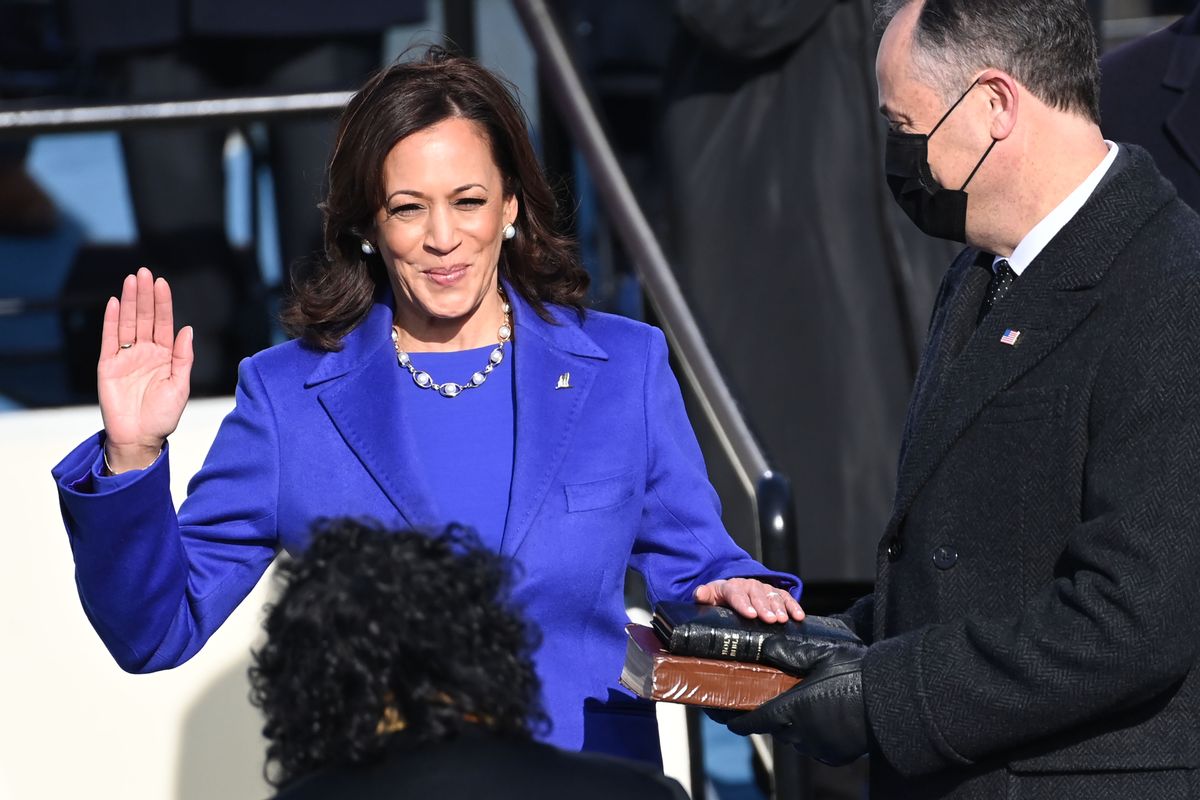 Since February 2021, a copy-and-paste text about U.S. Vice President Kamala Harris and VA facilities was shared on Facebook ("VA" is short for the United States Department of Veterans Affairs). The text originally came from an article on the America's Last Line of Defense website.

The headline for the story read: "Military-Hating Kamala Wants To Shut Down The VA." It posited that she was planning to shutter VA facilities. The article appeared to have been originally published on Feb. 9, 2021. The bolded portion below is what appeared in the "copypasta" Facebook posts. It was preceded in the Facebook posts with the words: "OK, NOW I'M PISSED!!! Comment from Kamala regarding VA facilities."

Now, Kamala Harris wants to take our vets back to the hell they had experienced under BHO. That was somewhat to be expected, but no details have yet been given except for one very significant one announced by Kamala Harris today.

Harris made an announcement before some group in Chicago:

"The United States government cannot continue to pay for the every need of what has become a special class of citizen. Veterans are equal to us, not better than. Veterans Affairs coddles them. It creates a dependency upon us which is not doing these former soldiers any good. They need to learn to live on their own two feet and be responsible adults.

The easiest way to assist them on this journey is to cut them off. Within these next four years, we will be shuttering the VA, taking away soldier welfare. The money saved will go to better use in assisting refugee families. These poor folks seek asylum with us and need a boost and it is our responsibility as a nation to provide it.

So here's a message to the soldier boys. Get a job."

This woman has a lot of nerve speaking to our brave military personnel in that way. These men and women sacrificed themselves for this country. Harris has never even come close to doing such a thing.

This item about Harris and VA facilities was not a factual recounting of real-life events. The article originated with a website that describes its output as being humorous or satirical in nature, as follows: