Did Kamala Harris Omit Right to 'Life' When Referencing the Declaration of Independence?

The vice president was commemorating the 50th anniversary of the Roe v. Wade decision. 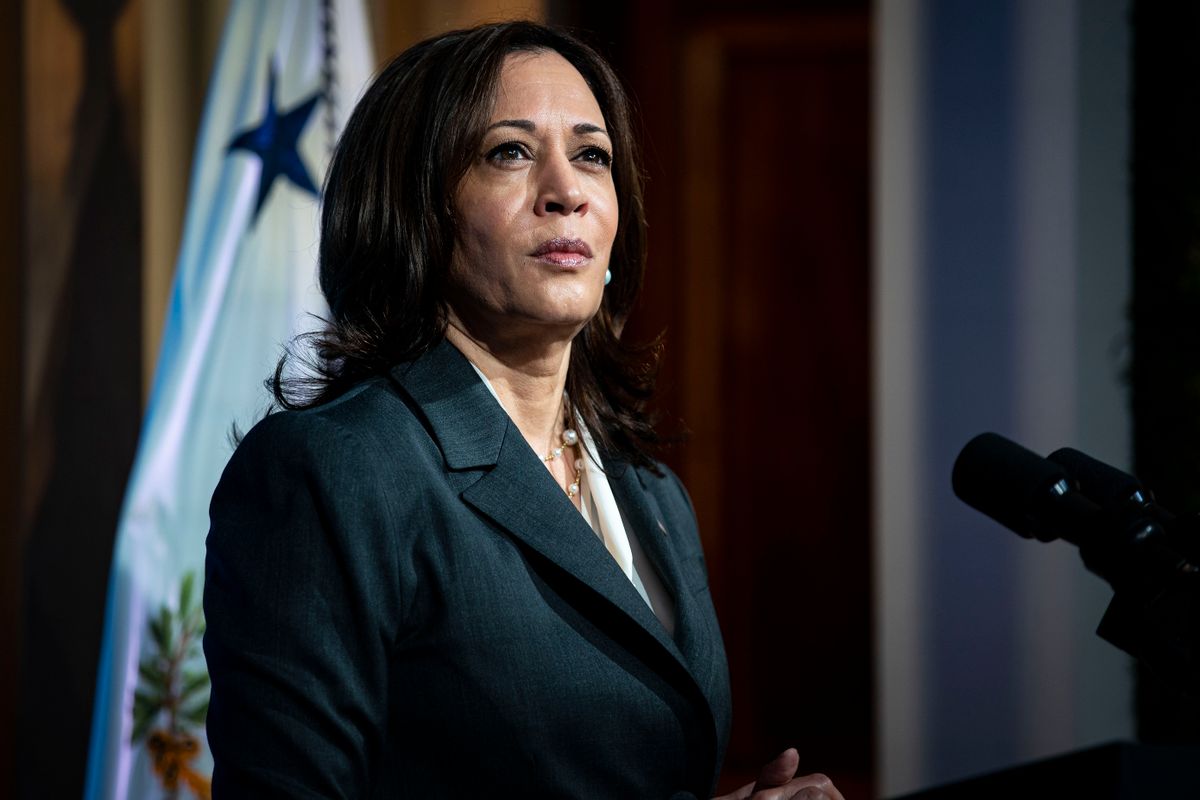 Claim:
While making a speech on reproductive rights on Jan. 22, 2023, U.S. Vice President Kamala Harris mentioned "liberty" and "the pursuit of happiness," but did not mention "life" when referring to the rights we are endowed with in the Declaration of Independence.
Rating:

On Jan. 22, 2023, while in Tallahassee, Florida, U.S. Vice President Kamala Harris marked the 50th anniversary of Roe v. Wade — the since-overturned Supreme Court decision that established a constitutional right to an abortion — with a speech urging Americans to enshrine abortion rights in federal law. Following the event, numerous media outlets and social media users honed in on a section of her remarks in which Harris referenced the Declaration of Independence, claiming that she "left out" or "omitted" the founding document's reference to "life" as an unalienable right. For example:

"It's no surprise Kamala Harris left God and the right to life out of the Declaration of Independence. She worships abortion," said the Twitter account of Life News, an anti-abortion news outlet.

"VP Harris leaves of [sic] 'by their Creator' and 'life' out of her Declaration of Independence quote," Jeryl Bier, a freelance writer, tweeted, linking to an archived version of C-SPAN's transcript of the speech.

It was true that, while referencing rights established in the Declaration of Independence, Harris only mentioned "liberty" and "the pursuit of happiness" — she did not say "life." She said, according to the White House's official transcript, as well as video evidence:

A promise we made in the Declaration of Independence that we are each endowed with the right to liberty and the pursuit of happiness.

Be clear. These rights were not bestowed upon us.  They belong to us as Americans. And it is that freedom and liberty that enabled generations of Americans to chart their own course and decide their own future with, yes, ambition and aspiration.  Therein lies the strength of our nation.

The full speech can be seen below. She made the statement in question at the 2:40 mark:

Verbatim, the Declaration of Independence reads:

We hold these truths to be self-evident, that all men are created equal, that they are endowed by their Creator with certain unalienable Rights, that among these are Life, Liberty and the pursuit of Happiness.-- That to secure these rights, Governments are instituted among Men, deriving their just powers from the consent of the governed. [...]

We asked the White House why Harris did not say "life" while referencing inalienable rights, and we are waiting for a response. We will update this report when, or if, we get one.

Let us note here: Historians have many interpretations for what the Declaration of Independence means when it says "life" alongside "liberty and the pursuit of happiness" — one of which is that "life" is a state of being, a quality of existence, and literally the ability to be alive rather than dead. Nowhere in the document, nor the U.S. Constitution, are pregnancy, abortion, or even women mentioned at the time they were written.

The Declaration of Independence and the Constitution of the United States. USCIS, https://www.uscis.gov/sites/default/files/document/guides/M-654.pdf. Accessed 23 Jan. 2023.