Did Kamala Harris Say Protests Are 'Not Gonna Let Up, and They Should Not'?

Comments by the Democratic vice presidential candidate led to claims that she encourages rioting. 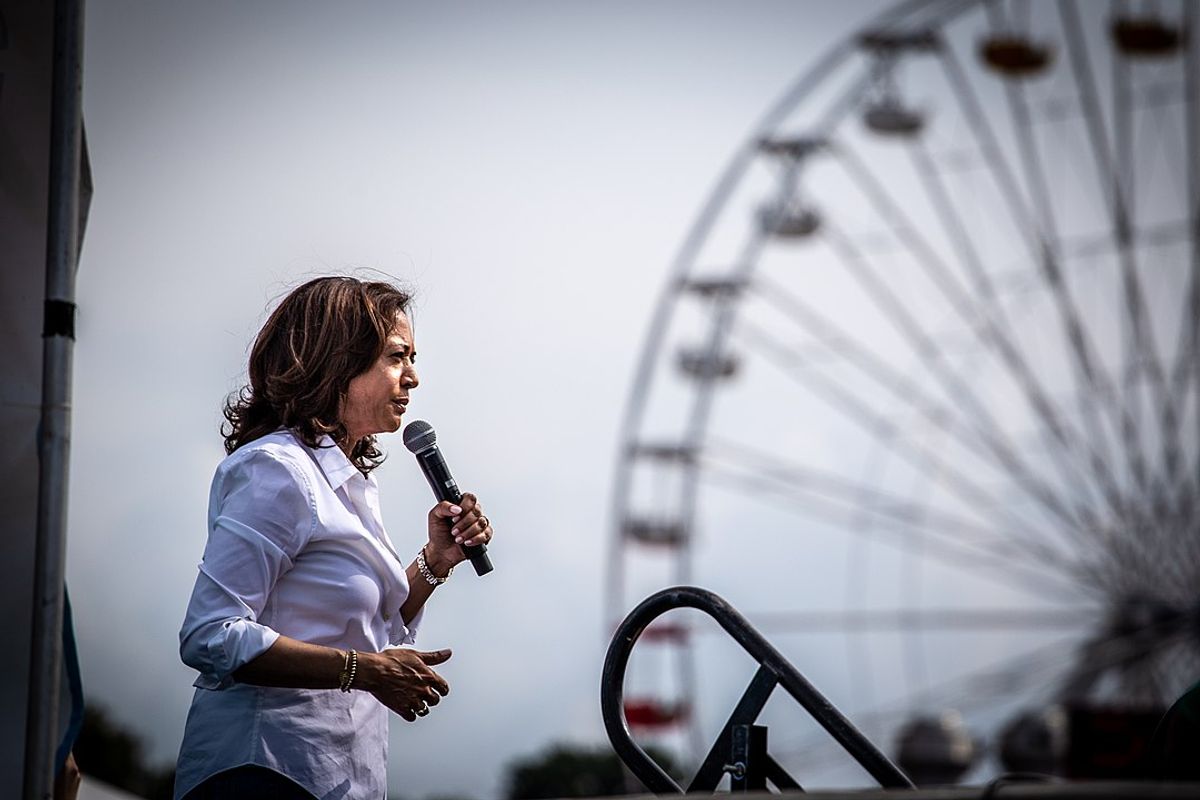 In the months leading up to the Oct. 7, 2020, vice presidential debate between Democratic candidate U.S. Sen. Kamala Harris and Republican Vice President Mike Pence, many social media users misrepresented past comments made by Harris regarding the anti-police brutality protests around the U.S. after the death of George Floyd, a Black man who died after a white Minneapolis police officer kneeled on his neck in May.

Snopes readers asked us about the following clip from an interview she did over the summer with Stephen Colbert, comedian and host of "The Late Show with Stephen Colbert." A portion of the interview was also shared by Benny Johnson of the conservative nonprofit organization Turning Point USA. Johnson claimed that her language was “instigating violent riots that have left multiple Americans dead":

These were indeed her words from the interview on "The Late Show with Stephen Colbert" in June. While Harris did make that statement, she was not speaking out in favor of the rioting, however. The statement in question appears towards the end of the clip below at around 5:25:

For context, Colbert had asked Harris about her participation in a protest in Washington D.C. over the summer. She spoke about her family history of activism, and in favor of protesters who were asking for justice and accountability. Riots were not mentioned in the clip. Excerpts of the transcript can be found below:

Harris: I learned that the greatest movements that we have seen in recent history in our country and probably since the beginning have been born out of protest, have been born out of understanding the power of the people to take to the streets and force their government to address what is wrong, the inequities, the inequalities, the unfairness, but also the conscience of a government is its people, to force the government to be true to the ideals that we say we hold dear and almost every one of those marches has been about one fundamental ideal in our country which is equal justice under law [...] These protests are the catalyst to getting there.

Harris: The only way we are truly going to achieve change is when there are people in the system who are willing and pushing to do it, and when there are those folks who are outside of the system demanding it. I am very clear that some of the success that we are able to achieve around criminal justice reform would not have happened in recent years were it not for Black Lives Matter.

Colbert: I want to make clear that I know that there are protests still happening in major cities across the United States, I’m just not seeing the reporting on it that I had for the first few weeks [...]

Harris has previously condemned the riots that led to looting and violence during some of the protests, and said she supports peaceful protesters. In August, she reacted to the violence that occurred during demonstrations against the police-involved shooting of Jacob Blake, another Black man, in Kenosha, Wisconsin, leaving him paralyzed from the waist down. Seventeen-year-old Kyle Rittenhouse, the alleged perpetrator, was arrested on homicide charges after shootings in which two people were killed and a third injured.

Of the anti-police brutality protesters, Harris said: “We should not confuse them with those looting and committing acts of violence, including the shooter who was arrested for murder. And make no mistake, we will not let these vigilantes and extremists derail the path to justice.”