#PearlsForKamala and #PearlsToThePolls were popular Twitter hashtags on Election Day 2020. 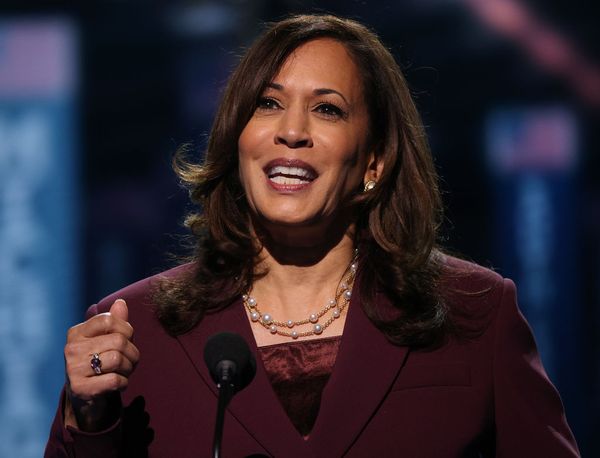 Claim:
In the days leading up to the 2020 general election, social media users encouraged one another to wear pearls in honor of Democratic vice-presidential candidate Kamala Harris, not the late Justice Ruth Bader Ginsburg.
Rating:

Voters wearing pearls to the polls on Election Day did so for a variety of reasons, including supporting Democratic vice-presidential nominee Kamala Harris and late U.S. Supreme Court Justice Ruth Bader Ginsburg, as well as 100 years of women’s suffrage.

It is inaccurate to say that wearing pearls to the polls was done so only in support of Harris.

As voting results trickled in on U.S. Election Day 2020, social media users took to Twitter with the hashtags #PearlsForKamala and #PearlsToThePolls as a way to honor and show support for the Democratic vice-presidential nominee Kamala Harris.

Snopes readers asked our team to verify whether it was true that wearing pearls to the polls indicated support of Harris, which we did find to be accurate. However, while many of the users who posted to social media as part of the trend expressed support for the Democratic presidential ticket, voters and social media users who chose to wear pearls on Election Day also did so using the hashtags #PearlsForRuth and #PearlsForRBG as a way to honor the late U.S. Supreme Court Justice Ruth Bader Ginsburg and 100 years of some women having the right to vote in the U.S.

While on the 2020 campaign trail, Harris was known to accessorize her wardrobe with strings of pearls in homage to her membership of the Alpha Kappa Alpha sorority at Howard University, a private, historically black university in Washington, D.C. Founded in 1908, the sorority described itself as the “birthplace of the first college sorority for Black women.” Upon initiation into the sorority, new members are given a necklace with 20 pearls, sixteen of which represent the founders and the other four that symbolize those who incorporated the sorority. Others pointed out on social media that they were wearing pearls on Election Day in honor of Ginsburg who died in September 2020 at the age of 87. Described as a liberal icon for her court rulings on issues surrounding women’s and LGBTQ rights, Ginsburg was well-known for the lace collar she wore during most of the nearly three decades she served on the high court. The collar was an ode to her role as a woman serving in a prestigious position.