The vice president was castigated by right-wing commentators for failing to mention the ethos behind Memorial Day, even after she did exactly that. 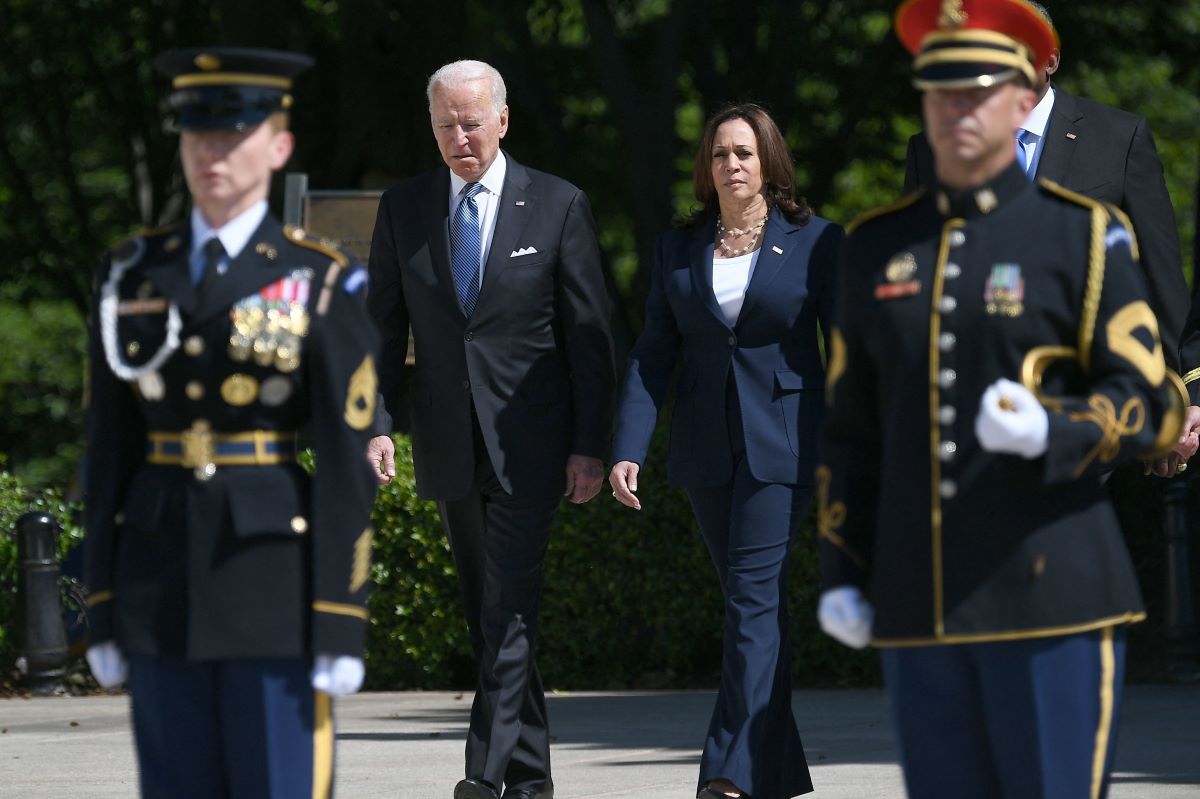 On Memorial Day itself, Harris also tweeted: "We honor those members of our military who sacrificed their lives in order to defend our freedoms. We owe these heroes — and their loved ones — everything. Not just on Memorial Day. Every day."

In May and June 2021, U.S. Vice President Kamala Harris received criticism, primarily from right-leaning opponents, for a tweet she purportedly posted on May 29, 2021, the Saturday before that year's Memorial Day on Monday, May 31.

Harris tweeted the celebratory words Saturday afternoon, alongside a picture of herself smiling. She did not mention Memorial Day, the upcoming federal holiday reserved for honoring military members who have died protecting the US.

For its part, Fox News reported that:

Vice President Kamala Harris came under fire Saturday for tweeting about Memorial Day, but without mentioning the significance of the weekend. "Enjoy the long weekend," Harris wrote, above a candid photo of herself smiling. Social media users condemned Harris’ lack of tact reminding the vice president of the sacrifices the "long weekend" is meant to honor.

On Facebook, right-wing commentators responded with outrage. Benny Johnson posted a video in which he said Harris was, in her tweet, "spitting on the graves of our fallen," while Mark Kaye said:

Facebook users, primarily critical of Harris' tweet, enthusiastically shared screenshots of it over the course of the weekend, as shown below:

Those criticisms referred to an authentic tweet. On May 29, Harris did indeed tweet "Enjoy the long weekend" from the @VP account, along with a photograph of herself smiling. As such, we are issuing a rating of "Correct Attribution."

However, this was far from the extent of her pronouncements on Memorial Day weekend in 2021. At 7 a.m. EST on May 30, Harris wrote on Twitter:

Throughout our history our service men and women have risked everything to defend our freedoms and our country. As we prepare to honor them on Memorial Day, we remember their service and their sacrifice. And on Memorial Day itself at 5:18 p.m. EST, Harris posted what appeared to be a photograph of Arlington National Cemetery, along with the following message:

We honor those members of our military who sacrificed their lives in order to defend our freedoms. We owe these heroes—and their loved ones—everything. Not just on Memorial Day. Every day. Between Harris's May 30 tweet about the "service and sacrifice" of members of the U.S. armed forces and June 1, Johnson published no fewer than eight Facebook posts and videos castigating her "Enjoy the long weekend" tweet. None of them mentioned, even in passing, that the vice president had since said much more about Memorial Day.

Similarly, Kaye's video, in which he criticized Harris for failing to mention Memorial Day, fallen service members, freedom, and so on, was posted on June 1 — after Harris had mentioned all those things in two subsequent tweets. As of June 1, neither the New York Post nor Fox News had updated their articles to include the fact that Harris posted in detail about the sacrifices of U.S. service members, and the ethos of Memorial Day, on May 30 and 31.