Did Kamala Harris Choose to be Sworn in with a Koran? 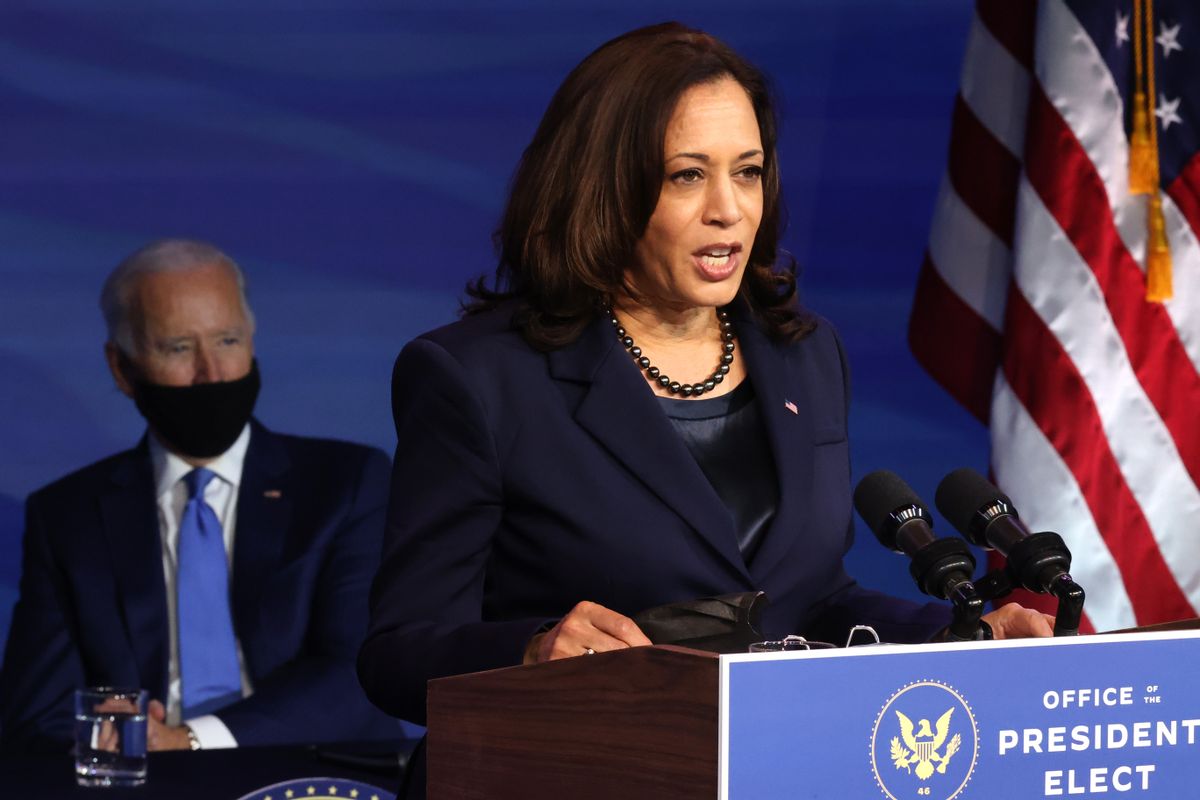 Claim:
Kamala Harris said she would be sworn in with a Koran (Quran).
Rating:

In late December 2020, readers inquired about a Dec. 22 post on America’s Last Line of Defense, which posited that Vice President-elect Kamala Harris would be sworn in on a Koran (Quran):

As has been mentioned millions of times to the grievously uneducated, the United States of America is a secular nation. The first amendment right in the Constitution to freedom of religion also covers the freedom to have none at all, and it is forbidden to create laws based on any one specific religion.

This is why a swearing-in ceremony does not in any way require a Bible to be used. The placing a hand ritual on a tome is simply that. If you become President and wish to swear in on a pornographic magazine, that would still be perfectly acceptable and frankly, I'm surprised neither Clinton or Trump thought of that.

This leads us to the entirely fictional case of soon-to-be Vice President whether you like it or not Kamala Harris being sworn in on a Koran for her inauguration on January 20th, 2021. The Koran will be provided courtesy of sponsor Sandy Batt of "Batt's Hummus Heaven," located on Blumpkin drive in Seacausus, New Jersey. "Come and treat your weenies to our Tahinis."

This item was not a factual recounting of real-life events. Readers who continued reading might have realized this at various points in the story, including one paragraph that said: "Insiders have reported that her running mate, President Joe Biden will, himself, place his hand on a copy of the novelized sequel to popular movie 'E.T.'"

The article about Harris originated with a website that describes its output as being humorous or satirical in nature, as follows:

We previously published a report about a story involving President-elect Joe Biden that came from the same satire website.