Did Kamala Harris Support Abortion Until the Time of Giving Birth?

The Democratic vice-presidential candidate's pro-abortion-rights record has come under scrutiny from conservatives. 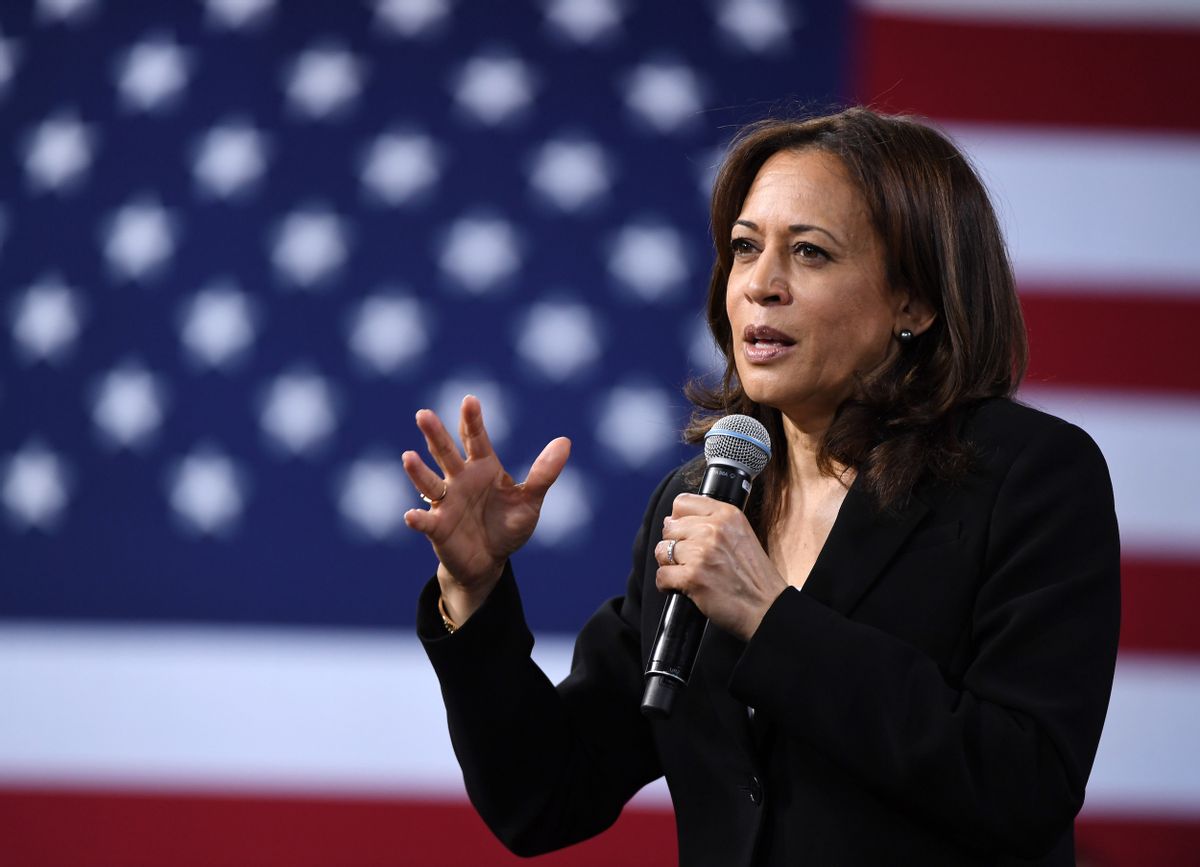 Claim:
U.S. Sen. Kamala Harris, D-Calif., supports the ability to carry out abortions up until the time a woman gives birth.
Rating:

U.S. Sen. Kamala Harris, D-Calif, has maintained that the timing of carrying out an abortion should be left up to a woman. Harris was a co-sponsor of the 2019 Women’s Health Protection Act (WHPA), which prohibits state laws banning post-viability abortions that do not make exceptions if a woman’s health and life are at risk.

She has not explicitly stated that she supports the termination of a pregnancy at any time just before birth.

Debates surrounding abortion frequently resurface around presidential election season, and 2020 was no different. U.S. Sen. Kamala Harris, D-Calif, has been touted as a pro-abortion-rights advocate based on her record of supporting legislation focused on increasing abortion access across the U.S.

Conservative media like The Federalist and Life News have scrutinized Harris' record for this very reason and have argued that she supports abortions until birth, or "late-term" abortions. Snopes readers also shared the below image with us, asking us to investigate whether Democratic presidential candidate Joe Biden and Harris, his vice-presidential running mate, were in favor of an abortion minutes before a baby's birth. We learned that while Harris has not explicitly stated that she supports abortion until the moment of birth, she has advocated for policies that allow for late-term abortions, primarily when the mother's life is at risk.

This issue was presented to Harris back in February 2019, when conservative news outlet The Daily Caller asked various Democratic senators "if there was a point at which [abortion] would be considered immoral." Harris did not offer a direct answer, instead saying: "I think it’s up to a woman to make that decision, and I will always stand by that [...] I think she needs to make that decision with her doctor, with her priest, with her spouse."

Harris has frequently spoken out against laws that prevent abortions after 20 weeks of gestation:

Her opposition to the 20-week abortion ban is illustrated through her co-sponsorship of the Women’s Health Protection Act (WHPA) of 2019. The federal bill aims to protect access to abortion across states by establishing federal statutory rights for providers and patients to give and receive abortion care, free from medically unnecessary restrictions and bans based on fetal viability. If passed, the act would require states to get preliminary clearance from the federal government before implementing new restrictions on abortion. The bill states:

Since 1973, the Supreme Court repeatedly has recognized the constitutional right of a woman to decide to terminate her pregnancy before fetal viability, and to terminate her pregnancy after fetal viability where it is necessary, in the good-faith medical judgment of the treating health care professional, for the preservation of her life or health.

Typically, full-term pregnancies last up to 40 weeks — fetal viability is defined as the ability of a fetus to survive outside of the uterus. Infants that are born very premature — normally before 24 weeks of gestation — are often not considered "viable." But states have numerous definitions of viability in laws that ban abortions at different points during pregnancy. Fetal viability is hotly debated. And according to the Guttmacher Institute — a research and advocacy organization that focuses on sexual and reproductive health issues — states can't rely on any one factor. Defining viability is often done on a case-by-case basis by an individual's doctor.

According to the Center for Reproductive Rights, the WHPA would prohibit states from imposing the following restrictions:

Pre-viability bans: Laws that prohibit abortion before viability, including twenty-week bans, six-week “heartbeat” bans, and bans on the most common abortion procedures, are patently unconstitutional [...]

Post-viability bans that do not make exceptions for a woman’s health or life: Serious complications can arise at any point in a pregnancy. The U.S. Supreme Court has held that even a ban on abortion after viability must include exceptions for situations in which an abortion is necessary to preserve the life or health of a woman.

Conservatives' emphasis on Harris' and Biden's possible support for “late-term” abortions is also misleading. No precise medical or legal definition exists for “late-term” abortions, though they are generally understood to take place around the 21st or 24th week of gestation, which is the second trimester of pregnancy. Some doctors and scientists have called the terminology surrounding "late-term" abortions deceptive, saying the phrase implies these abortions are taking place when a woman has reached or passed what's considered a full-term pregnancy, which often starts in the 37th week.

Such abortions are also rare. The Centers for Disease Control and Prevention (CDC) found in a 2016 report that two-thirds of abortions were performed at less than or at eight weeks of gestation, while only 1.2 percent of abortions performed were at or more than 21 weeks' gestation, according to the latest information available.

Biden, for the record, also has not explicitly stated support for "late-term" abortions but has called for making the Supreme Court's Roe v. Wade decision federal law. As mentioned earlier, the High Court supports abortions late into pregnancy only if the mother's life is at risk.

Snopes reached out to Harris’ and Biden’s press teams for comment. We will update this post if more information becomes available.

Given Harris' support for an individual’s right to choose when to terminate a pregnancy, combined with her backing legislation that seeks to prevent restrictions on post-viability abortions, it is possible that she supports abortion at any time before birth. In accordance with the Supreme Court ruling, Harris does support an abortion closer to the birth of a child only if the birth posed a risk to the mother's health. Furthermore, Harris has not explicitly stated her support for abortions at any time before birth. We therefore rate the truth of this claim as a "Mixture.”

Rodgers, Henry.   "We Asked Democratic Senators if Abortion is Ever Immoral. Here's What They Said."    The Daily Caller News Foundation.   27 February 2019.