Does a Photo Show Jupiter and Its Four Moons?

A stunning photograph had some wondering whether it was real. 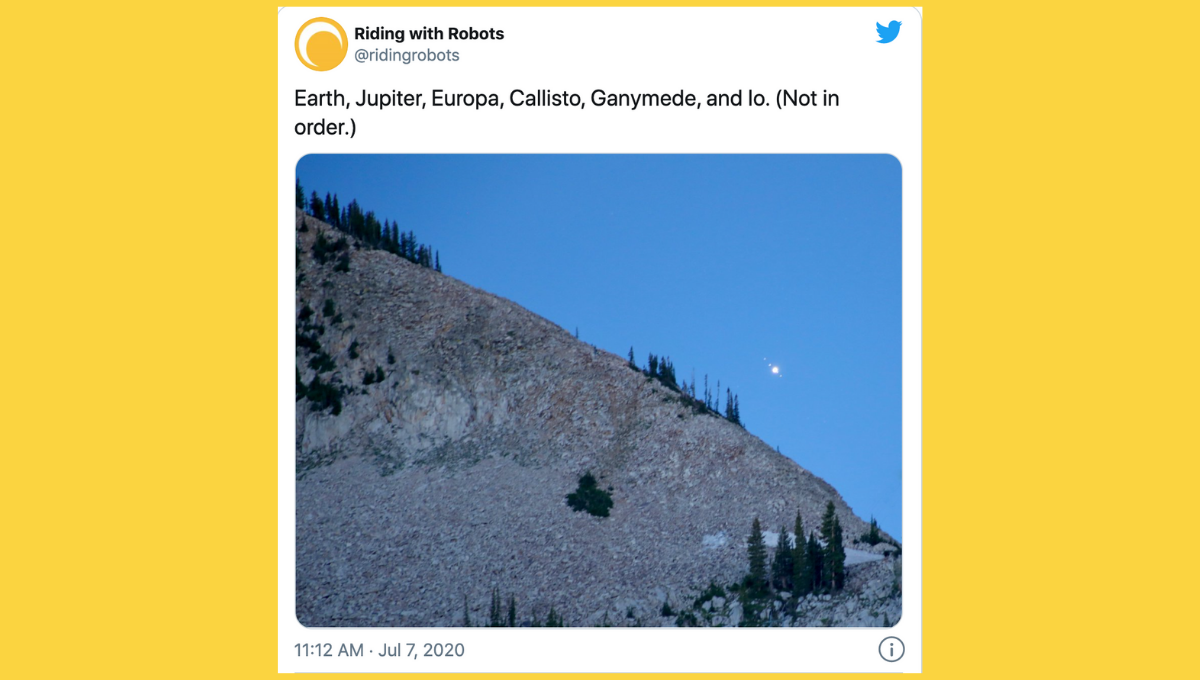 Claim:
A photograph taken in the summer of 2020 shows Jupiter in the sky surrounded by its four largest moons.
Rating:

A picture posted to social media showing a bright celestial body in the sky surrounded by four smaller lights captured viewers' imaginations in 2020, prompting some to wonder whether the photograph was real.

It is real. The picture was taken by Bill Dunford, a writer and social media specialist for NASA's Jet Propulsion Laboratory in Southern California.

As Dunford explained to people fascinated by the picture, he took the shot in Brighton, Utah, on July 7, 2020, with two seconds of exposure and a zoom lens, noting, "You can see Jupiter's moons like this yourself with a pair of binoculars! (Keep in mind the moons move & might not be in these same positions when you look.)"

Dunford said on Twitter that he had taken a similar photograph in 2019, near Salt Lake City, which was posted to NASA's website.

Jupiter is the solar system's largest planet and has dozens of moons, although the ones visible in Dunford's picture are its largest.