Did Trump's Fourth of July Parade Feature a Flyover by Russian Planes?

A couple of humorous incidents prompted some some social media users to ask the question. 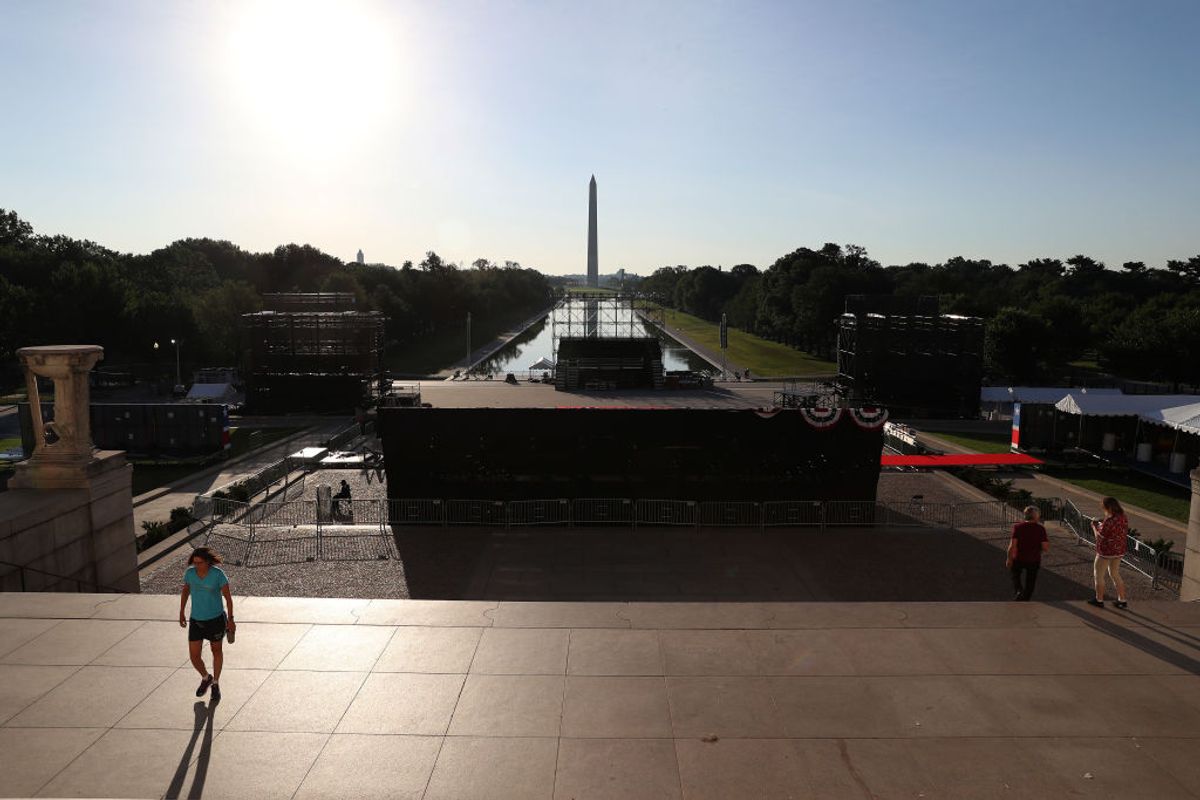 U.S. President Donald Trump's Fourth of July parade was both celebrated and criticized for its overt (and expensive) use of military vehicles. The event featured two M1 Abrams tanks, an M2 Bradley Fighting Vehicle, and, according to some confused social media users, a flyover by the Russian military.

The idea that Russian planes flew over the Washington Memorial during Trump's parade appears to stem from two items: a satirical article published in The New Yorker and a typo from Trump.

Calling it “incredibly exciting news,” President Donald Trump revealed on Wednesday that his long-planned Fourth of July parade in Washington will include a flyover by Russian Su-24 fighter planes.

Trump may have also contributed to the idea that Russian planes would be involved in the Fourth of July event. On the morning of the parade, Trump posted a message on Twitter that accidentally labeled "Air Force One," the name of the United States' presidential plane, as "Aircraft One," which is the title of a documentary about Russian President Vladimir Putin's plane: Trump deleted the flyover tweet and replaced it with a message correctly labeling his plane as "Air Force One."

In sum, the Russian military did not perform a flyover during President Trump's Fourth of July parade. Here's a video showing the U.S. military flyovers during the "Salute to America" event: