Did Julie Sandmann Say She Wished 'Pioneers Had Brought More Blankets with Smallpox'? 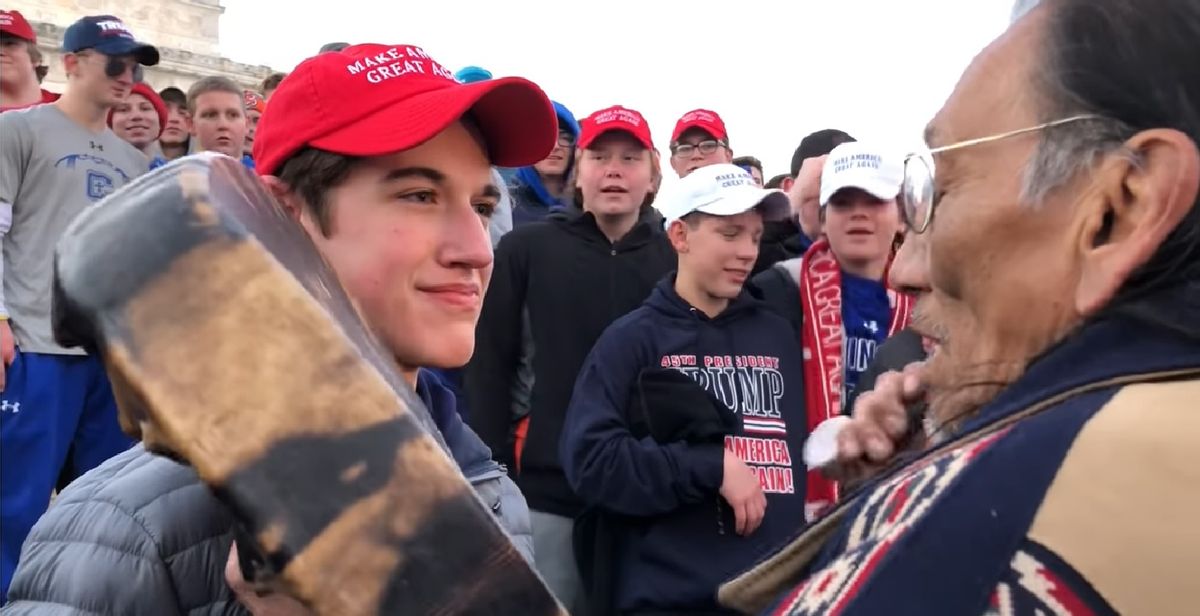 Claim:
Julie Sandmann, the mother of a teenager involved in a viral confrontation with a Native American, wrote on Twitter that she wished the pioneers had "brought more blankets with smallpox"
Rating:

A viral video that seemingly showed a heated confrontation between a group of male students from Covington Catholic High School and a Native American elder stirred up controversy on social media in January 2019. While viewers sought to sort out the various narratives about the incident as additional footage showed that it was a more complex situation than most initially thought, a screenshot purportedly showing a tweet sent by one of the involved teenagers' mothers, Julie Sandmann, that contained some hateful language aimed at Native Americans started to circulate on social media.

The message reads, "After what I've been through in the past 36 hours, I only wish the pioneers had brought more blankets with smallpox. There, I said it. Crucify me.":

(The message was a reference to still-disputed historical claims that certain outbreaks of smallpox in North America were caused by the intentional spreading of the disease through means such as giving smallpox-infested blankets to Native Americans.)

This particular jibe was not a genuine tweet posted by Julie Sandmann (the mother of Nick Sandmann), though. As can be seen in the above-displayed screenshot, the Twitter handle responsible for this message was @GauchoGuacamole.

Archived pages of that Twitter account show that @GauchoGuacamole's username was previously set to "Soccer Dad" and its avatar featured a man's photograph. This Twitter user changed the avatar to a woman's photograph and the handle to "Julie Sandmann" in coincidence with the viral controversy involving Covington Catholic just before posting the offending message in order to take advantage of the media uproar.

Here's a look at @GauchoGuacamole before the account was altered in an attempt to capitalize on the viral controversy (left) and after it was modified to impersonate Julie Sandmann and misattribute a hateful quote to her (right):

Grinberg, Emanuella.   "A New Video Shows a Different Side of the Encounter Between a Native American Elder and Teens in MAGA Hats."     CNN.   21 January 2019.