Is Julia Roberts' Daughter Pictured in This Photo?

An online advertisement claimed to show a picture of film actor Julia Roberts as she posed for a camera with her daughter, Hazel Moder. 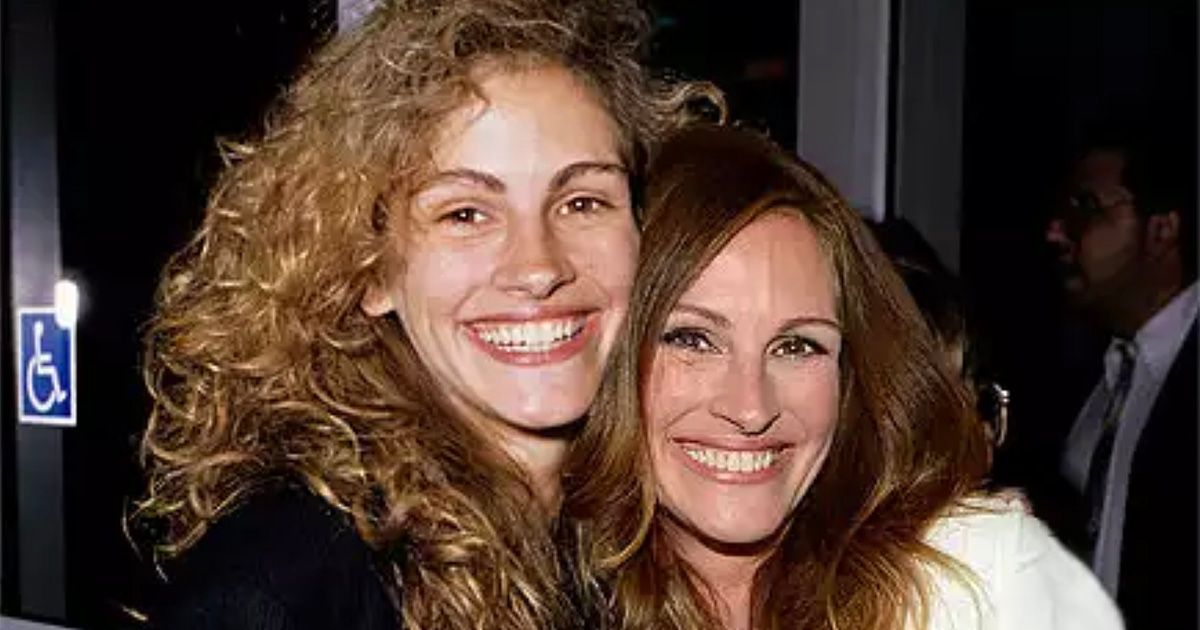 An online advertisement claimed that Julia Roberts daughter turns 16 and is her replica but did not show Hazel Moder.

Claim:
An online advertisement allegedly with a picture of film actor Julia Roberts and her daughter, Hazel Moder, reads: "Julia Roberts' Daughter Turns 16 And Is Her Replica."
Rating:

In reality, this picture shows two photographs of Roberts from 1989 and 2013. They were combined with editing software for a special feature article on People.com in 2019. It was titled, "'Pretty Woman' Turns 30: See the Cast With Their Younger Selves." In 2022, the picture appeared in an online advertisement that claimed it showed Roberts with her daughter, Hazel Moder. The misleading clickbait ad led to a 40-page slideshow article that never even mentioned Roberts once.

In May 2022, an online advertisement showed a picture of film actor Julia Roberts supposedly standing with her daughter, Hazel Moder: This picture shows elements from two photographs merged together.

The ad read, "Julia Roberts' Daughter Turns 16 And Is Her Replica." We clicked the ad and flipped through 40 pages in a slideshow article, tapping "Next Page" over and over. Roberts never appeared in the story. The ad was misleading clickbait.

As some readers may have suspected, this picture had been doctored and did not show Roberts' daughter. According to People.com, it showed a bit of "Photoshop magic," combining two photographs of the actor from different decades. It came from People.com's 2019 article titled, "'Pretty Woman' Turns 30: See the Cast With Their Younger Selves." (The publisher previously credited these kinds of illustrations to artists Linzi Silverman and Tiffany Hagler-Geard.)

The picture of Roberts on the left came from the 1989 New York City movie premiere for "Miss Firecracker." It is available on Getty Images: We initially weren't able to find the original photograph for the picture of Roberts on the right. However, we noticed the outfit that she was wearing was white with a lower floral pattern, as seen here in a larger version of the picture:

This outfit with the floral pattern led us to search various events that Roberts had attended in recent years. We soon found on the Getty Images website that she wore it to the 17th Annual Hollywood Film Awards on Oct. 21, 2013. We then flipped through dozens of photographs and found a similar picture. It turned out that she had been posing with film producer Jerry Weintraub:

Weintraub's left hand is visible on Roberts' left shoulder. Looking back at the picture made for People.com, readers may be able to see where his hand was removed from the original photograph.

As for Roberts' daughter, NBC New York reported in July 2021 that Moder, her only daughter with husband Danny Moder, had made her red carpet debut:

It's extremely rare for Julia Roberts and Danny Moder's kids to be in the spotlight, so July 10 was a very special occasion for the star-studded family. Together at the famously fancy Cannes Film Festival, Roberts' husband of nearly 20 years and their daughter Hazel Moder walked the red carpet for the screening of Sean Penn's thriller, Flag Day, on which Danny served as cinematographer.

The father and daughter appeared in multiple pictures, including this one that was posted to Pinterest:

In sum, no, the picture in the online ad did not show Roberts' daughter. It was just an illustration to show the famous Hollywood celebrity with her younger self.