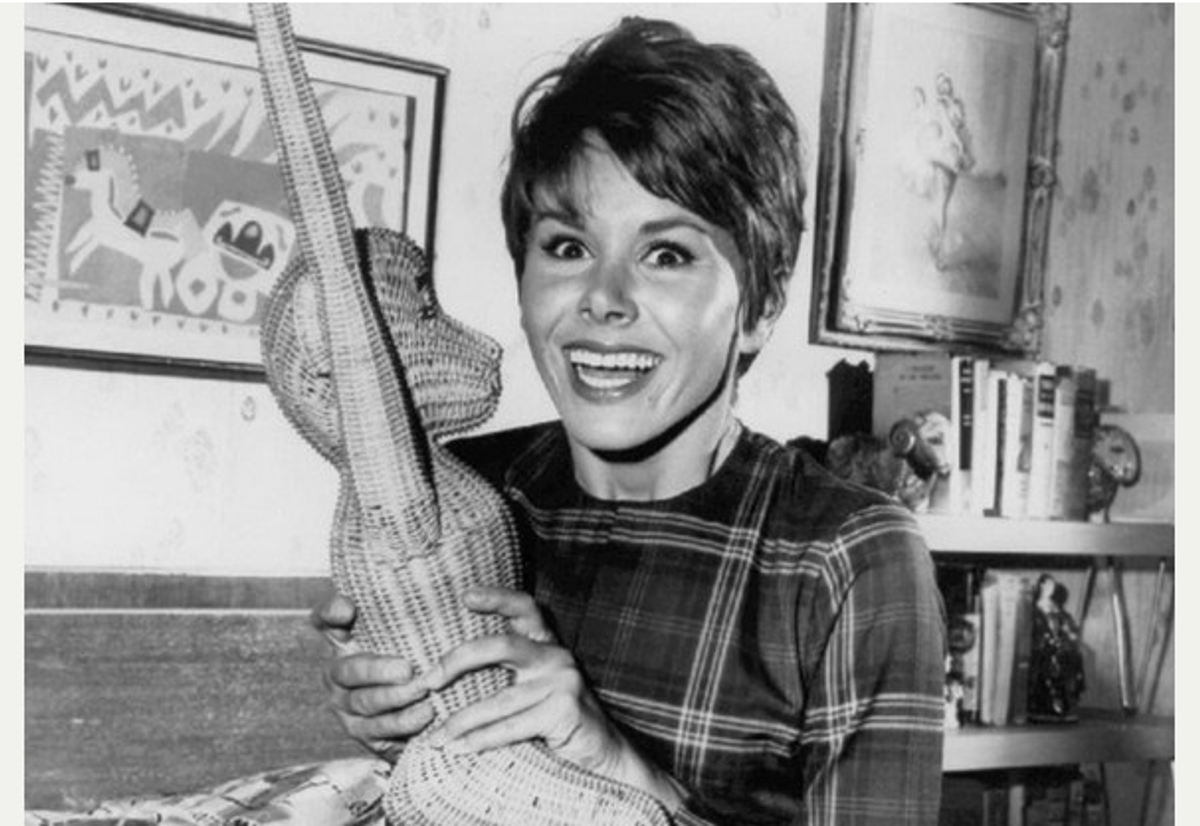 Variety is reporting that Judy Carne (best known for her role on Laugh-In) died on September 3, 2015. However, MediaMass reports this is a hoax. Carne's 'death' has also been posted on Facebook. Is it true? (I don't think it is, as no major media other than Variety has picked up the story.) Thanks so much for checking this out!

Northampton comedy actress and 'sock it to me' girl Judy Carne has died aged 76.

Tributes have been pouring in for the actress - who had been living in the village of Pitsford, near Northampton - with friends describing her as a 'lovely lady'.

Since then, she had resided at her home with her two dogs in the village of Pitsford, where she enjoyed a quiet life after a journey which saw her become one of the biggest household names in the UK and USA.

That article formed the basis of a piece in the entertainment trade publication Variety, titled "Judy Carne, ‘Laugh-In’s’ ‘Sock it to Me’ Girl, Dies at 76," although Variety cited the Telegraph:

Amid tweets mourning Carne's passing were some claiming the news of her death was a hoax:

.@BeesKnees_pdx This was a hoax. Confirmed by her reps Judy Carne is not gone. @CHANNINGPOSTERS >#TCMPARTY another sad bit of news! "

Many of those tweets cited a 7 September 2015 page on the MediaMass web site titled "'Judy Carne Sead 2015': Actress Killed by Internet Death Hoax." However, MediaMass has published false "[celebrity] is the victim of a death hoax" clickbait stories for countless famous figures on their site in order to draw traffic from both real and false celebrity death notices. Contrary to their spurious claims, Carne did indeed die on 3 September 2015.